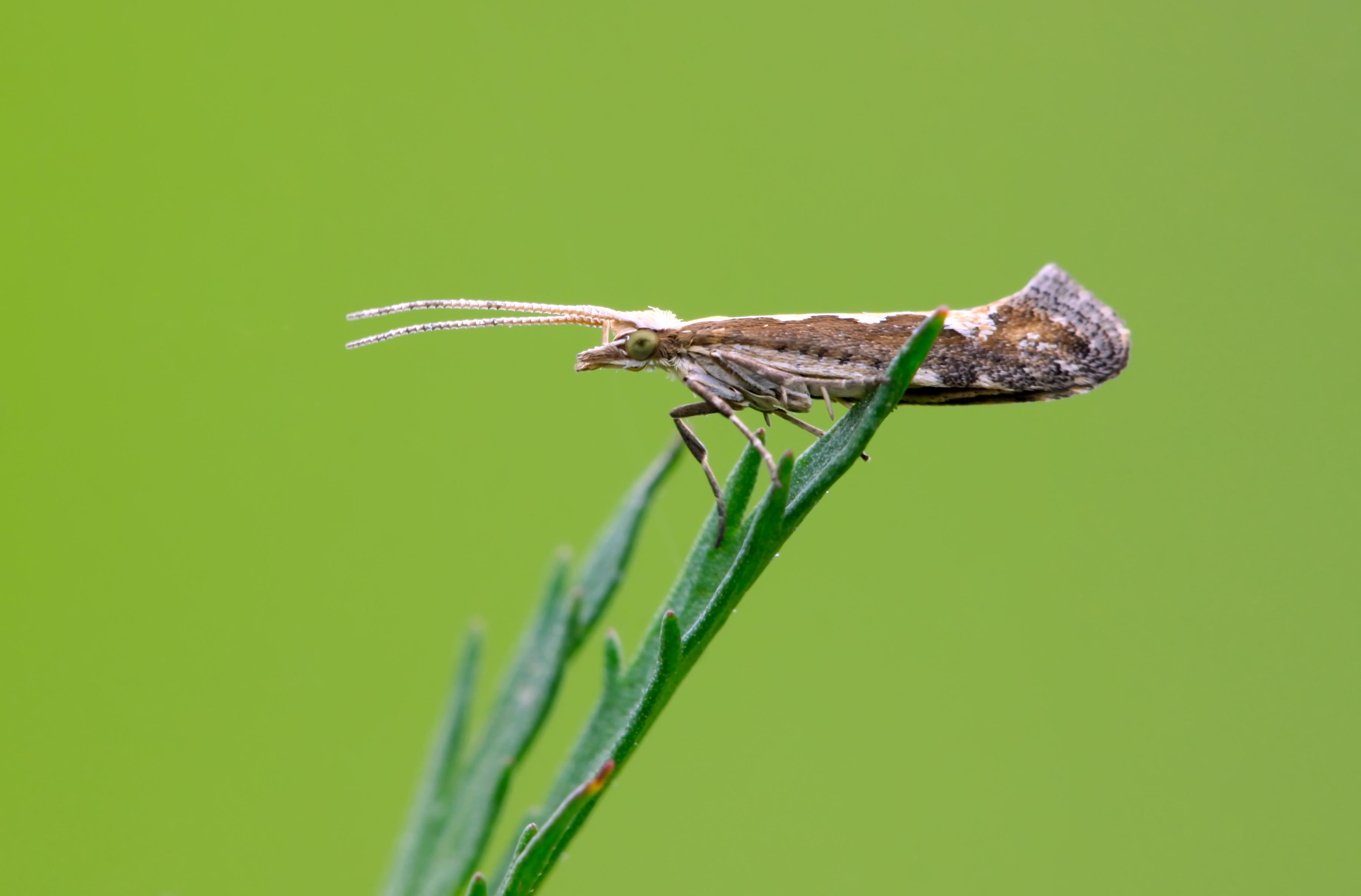 ALBANY, N.Y. -- Researchers in a New York cabbage patch are planning the first release on American soil of insects genetically engineered to die before they can reproduce.

It's a pesticide-free attempt to control invasive diamondback moths, a voracious consumer of cabbage, broccoli and other cruciferous crops that's notorious for its ability to shrug off every new poison in the agricultural arsenal.

"It costs $4-5 billion a year globally to manage this pest," said Anthony Shelton, a Cornell University researcher who's been studying the species for 40 years. "If you can manage it without using insecticides that can affect pollinators and other non-target organisms, that's a real advantage."

Shelton is doing field tests of gene-altered moths at Cornell's Agricultural Experiment Station in Geneva, 160 miles west of Albany. Those experiments began in 2015, but until now were restricted to net-covered plots to keep the moths from straying. Now, he's awaiting a permit from the U.S. Department of Agriculture to release the moths freely in a 10-acre cabbage patch at the research center. He hopes to do that this summer.

The laboratory-bred moths are the creation of biotech firm Oxitec, which deployed similarly modified mosquitoes in Brazil, Panama and the Caribbean in the fight against dengue fever and other diseases. The company hopes to conduct the first U.S. release of the gene-altered mosquitoes in Florida later this year.

The moths have a synthetic "self-limiting" gene that makes their female larvae die before they mature. Lab-bred males are released to breed with wild females, reducing the population over time by suppressing reproduction.

"The key is to reduce the number of reproductive females in the next generation," Oxitec scientist Neil Morrison said.

The work has drawn criticism from organic farming organizations and groups opposed to the use of genetically modified organisms.

In comments to the USDA, GeneWatch UK said more information is needed on how the protein made by the moth's synthetic gene could affect wildlife that eats the insects.

Andrianna Natsoulas, executive director of Northeast Organic Farming Association of New York, said the group was also concerned about farm workers and consumers who might inadvertently ingest dead larvae that might remain on produce. The organization also worries that straying moths could endanger the organic certification of other farms.

In an environmental assessment, USDA scientists concluded that the proposed field studies are unlikely to have an impact on the environment, wildlife, plants or human health.

The U.S. Food and Drug Administration also determined there wouldn't be a significant environmental impact from a proposed release of Oxitec's gene-altered mosquitoes in Florida.

Previous work to fight insect pests by stopping reproduction has used radiation to sterilize males, which are released in large numbers so wild females breed with them but produce no offspring. That's been successful in suppressing the screw-worm fly, Mexican fruit fly, a cotton bollworm and some other pests. But it was useless with the diamondback moth.

"You could sterilize them, but they couldn't fly," which means they couldn't breed in the wild, said Shelton, who worked on a diamondback moth radiation project in 1990.

"Self-limiting" genes are just the latest in a range of diamondback moth control methods that include insecticidal chemicals as well as predators, parasites and diseases that target the moth, whose caterpillar larvae devour plants in the crucifer family.

"They're getting harder and harder to control, because with climate change, we're having more generations produced every year," Shelton said. "We know that to really have more sustainable control, you need to have many different tools in the toolbox."