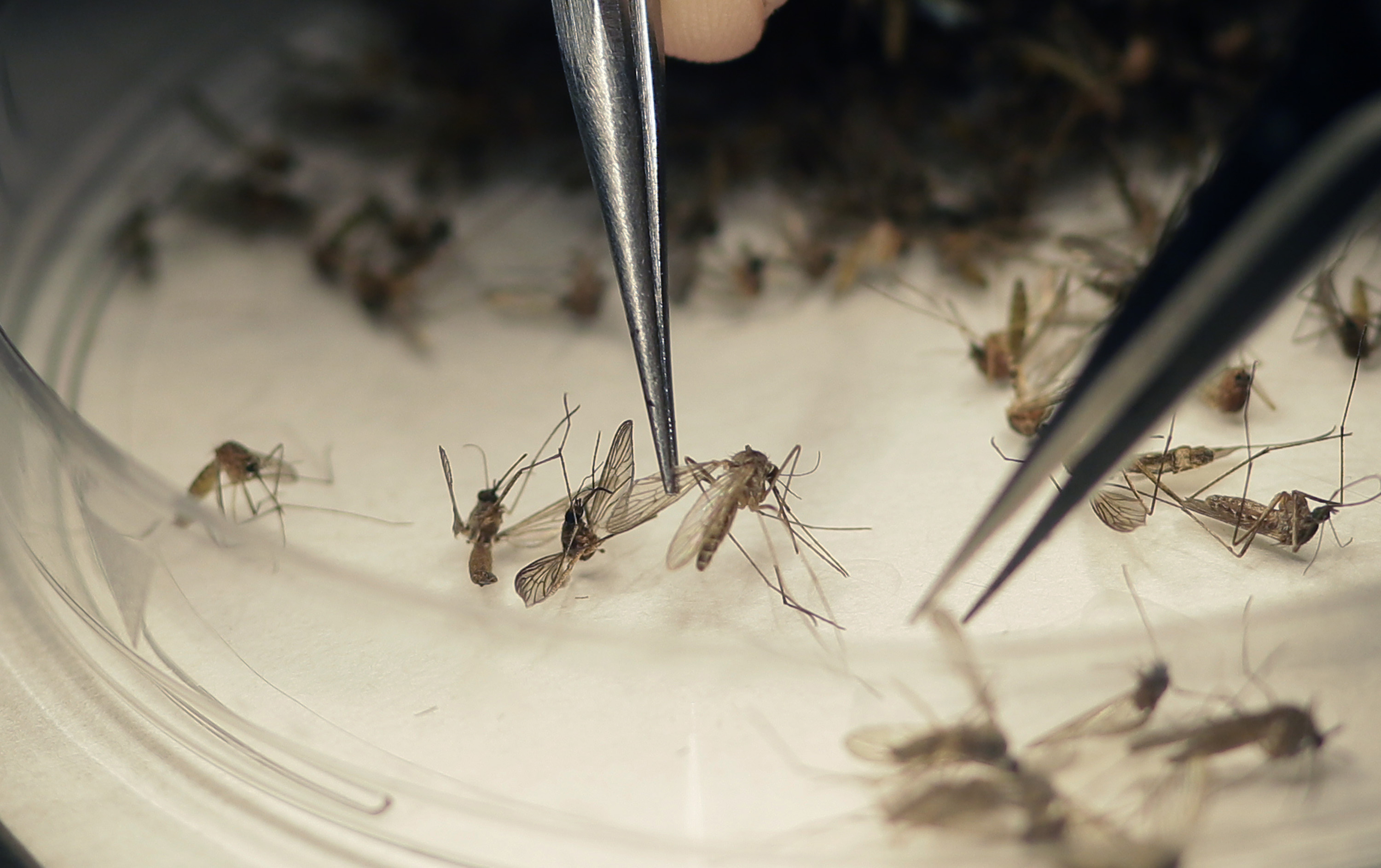 WASHINGTON, D.C. -- Wanted: Volunteers willing to be infected with the Zika virus for science.

It may sound bizarre, but researchers are planning just such a study -- this winter, when mosquitoes aren’t biting -- to help speed development of much-needed Zika vaccines.

The quest for a vaccine began less than a year ago as Brazil’s massive outbreak revealed that Zika, once dismissed as a nuisance virus, can harm a fetus’ brain if a woman is infected during pregnancy.

Now, researchers in the United States have begun safety testing of two vaccine candidates, and more experimental shots are poised to enter that preliminary testing soon. Any that seem promising will have to be tested in thousands of people in parts of Latin America and the Caribbean that are hard-hit by the mosquito-borne virus - the only way to prove if an experimental vaccine​ really protects.

Even if all goes well, a vaccine wouldn’t be available for general use any time soon.

But a different kind of research also can offer clues for vaccine development. It’s called a human challenge study, when healthy -- and nonpregnant -- people agree to be injected deliberately with a virus, mimicking natural infection while scientists track how their bodies react.

The first question is even more basic: How much of the virus does it take to infect someone?

If government regulators agree, researchers could find out by injecting paid volunteers with different amounts of lab-grown Zika virus as early as December in a Baltimore hospital. That information will help the researchers later, when they’re ready to test an experimental Zika vaccine.

“We’re looking at these human challenge protocols not only as an important step in vaccine development but as a means to learn more about Zika,” said Dr. Anna Durbin of Johns Hopkins Bloomberg School of Public Health, who is leading the work. “We can look at things that you just can’t do in someone who’s naturally infected.”

Some questions and answers about the development of Zika vaccines:

Q: Which potential vaccines are first in line?

A: Two so-called DNA vaccines have begun preliminary safety testing, one made by the National Institutes of Health and the other by Pennsylvania-based Inovio Pharmaceuticals.

They mark a new kind of technology. Traditionally, vaccines are made using a dead or weakened virus to train the body’s immune system to recognize that infection and fight it off. DNA vaccines may be easier to make. Scientists used a circular piece of DNA, called a “plasmid,” to carry genes that prompt the body itself to produce certain Zika virus proteins, alerting the immune system.

That piece of trickery worked in animals. The phase 1 studies in dozens of people will check for safety, and whether the vaccinations rev up human immunity enough to justify further tests.

Q: What else is in the pipeline?

A: “We are right now in a race of time to get the best vaccine,” said Dr. Anthony Fauci, director of NIH’s National Institute of Allergy and Infectious Diseases.

Multiple candidates are important as there’s no way to predict which kind will work best. The DNA vaccines simply were ready for human testing first.

In October, safety tests are set to begin using the more traditional killed-virus vaccine, developed by the Walter Reed Army Institute of Research.

The NIH also is developing a vaccine using live-but-weakened virus, the type thought to trigger particularly long-lasting immune protection. That’s the kind used to protect against rubella, which back in the 1960s caused an epidemic of birth defects.

Q: If the first candidates are safe, what happens next?

A: Fauci expects to open next-step studies in January, enrolling 2,400 to 5,000 people in areas where Zika still is spreading widely to test if the vaccinated are less likely than the unvaccinated to become infected.

A: Not at this point. It’s hard to test new products during pregnancy. Plus, a fetus can be vulnerable to Zika even before a woman realizes she’s pregnant.

The goal instead is to vaccinate women of childbearing age and their sexual partners - because Zika also can be transmitted through sex - well before pregnancy ever occurs.

Q: Where do the human challenge studies come in?

A: Jabbing someone with Zika is faster than waiting around for a mosquito to bite them to see if an experimental vaccine provides protection. But first Durbin must find what dose of Zika causes infection, to be sure she’s giving a vaccine enough of a challenge.

That’s what the study planned for December would do. Volunteers given different amounts of Zika would be kept in a Hopkins hospital unit for 12 days, to be sure the virus had cleared the bloodstream, and would have to agree to use condoms for a while afterward to avoid any possibility of sexual transmission. Because Zika usually causes few if any symptoms, those infected might expect a rash or low fever.

The second round of the research would recruit volunteers who’d received an experimental vaccine, trying to infect them with Zika six months after their shot.

The extra benefit: Tracking people from the moment they’re exposed to Zika also could shed important new light on how the virus affects the body - such as how long it’s infectious in blood, semen and other bodily fluids, and just how the immune system fights it off.

Q: Has this been done before?

A: Human challenge studies are rare because they’re difficult to perform and expensive. But Durbin recently did just such research to test a potential vaccine against dengue, a dangerous cousin of Zika, and doesn’t expect difficulty recruiting volunteers for the Zika study once regulators are satisfied it can be conducted safely.

Q: What about the fight over federal funding for Zika?

A: In February, the Obama administration requested $1.9 billion for the nation’s fight against Zika, including vaccine development, but Congress hasn’t approved any of it. With existing money running out, federal health officials are taking funds meant for other diseases to get by until the end of the year - but Fauci said NIH alone will need $196 million more in 2017 to avoid delays in the vaccine research.