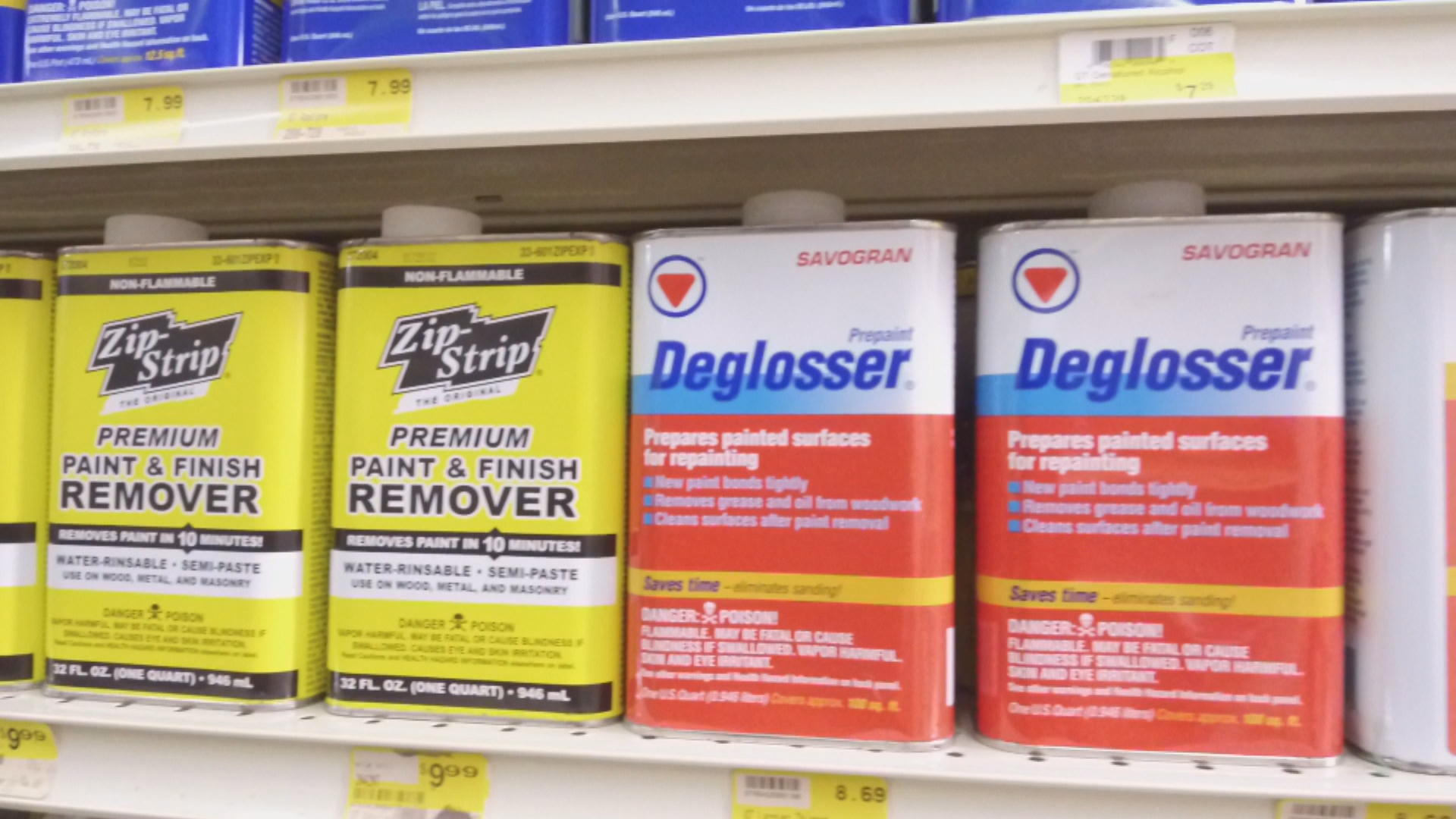 An alternative to a potentially deadly chemical found in common paint strippers is facing hurdles to reach consumers. CBS News' Anna Werner reported last month on the deaths of dozens of people who used methylene chloride. The EPA indefinitely postponed a ban on that chemical last month, proposed by the Obama administration.

Now, researchers say if the industry won't come up with a safer product, they will. Activists like Mike Schade, who runs the Mind the Store consumer campaign, is pushing for retailers to take the existing methylene chloride-based products out of their stores to protect consumers.

Schade is petitioning retailers to take paint strippers containing the toxic chemical off the shelves.

"The science is clear, these chemicals are dangerous," Schade told Werner. "They're literally deadly for workers and consumers."

Workers like Wendy Hartley's 21-year-old son Kevin who was found unconscious by his older brother. He, like dozens of others, died in an entirely preventable accident: overcome by methylene chloride fumes in the paint stripper he was using while on the job refinishing a bathtub in April last year.

Manufacturers acknowledge the dangers, but say there are no good substitutes for methylene chloride paint strippers.

"We think it's very unfortunate that anyone has died as a result of the product, but there is a need for the product," said industry lobbyist Faye Graul.

But researchers in Massachusetts say that answer isn't good enough.

"It's one of the most toxic and dangerous chemicals that anyone is using today," said professor Michael Ellenbecker.

He directs a program at the University of Massachusetts Lowell which works to come up with alternatives to highly toxic chemicals. His team, working with students, came up with an alternative paint stripping chemical.

"Our substitute costs about the same, a little bit more than methylene chloride," Ellenbecker said. "It works and it's safer."

Research manager Greg Morose demonstrated how the chemical works using a test board painted with several coats and baked at high temperatures to simulate real-life conditions. Each solvent is applied to a different circle. The methylene chloride-based strippers bubble up the paint, making it easy to remove. The team's new solvent also worked.

They say they did it by sorting through a database of existing, much less toxic solvents and then came up with a new combination they say works just as well. The project took them less than a year.

"We just looked at what was available, put them together in a new way and came up with a much safer solution," Ellenbecker said.

"My hope is that this gets on the shelves of retailers as soon as possible. It's ready to go," Morose said.

That might seem simple, but they are already encountering opposition from at least one major methylene chloride products manufacturer. Company WM Barr argued to the EPA that the university's new solvent could have its own problems of flammability and toxicity and that Barr's own tests of the combination proved it doesn't work well enough.

Morose says they used the wrong ratio of the solvent.

"So of course it wouldn't work," he said. "There's been a lot of inertia to, you know, maintain the continued use of methylene chloride. It's been used for 70 years in products."

"That's their message, that's their mantra, so if someone comes along who's outside of the industry and says here's a perfectly good alternative….Their immediate response is it can't be true," Ellenbecker said.

The university researchers told CBS News they are conducting further tests to prove it's much less hazardous and they say that's the point of their research: to come up with alternatives that don't carry the same risks.

The industry told us it thinks new warning labels it's proposing can be effective in preventing further deaths from these products. But many experts and researchers say labels won't address the problem because many consumers and workers don't pay enough attention to them.