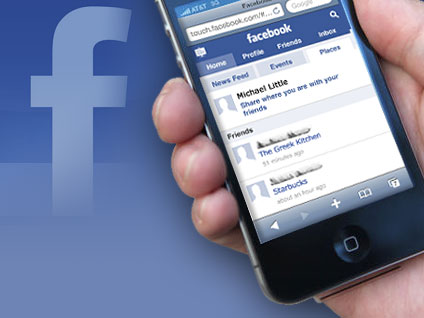 How many times have you logged onto Facebook only to find that (fill in the name here) has updated their page for the upteenth time with yet another entirely forgettable, wonder of me moment?

It would be easy to assume from the anecdotal evidence that a legion of insufferable narcissists has found the perfect sounding board. But maybe it's not just your impression.

The study's author, Soraya Mehdizadeh, told the Toronto Star that "everybody knows somebody like that...they're updating their status every five minutes. They're telling you what celebrity they look like. They're posting pictures of themselves in a bikini."

Mehdizadeh published the research, which was her undergraduate psychology thesis, in the journal Cyberpsychology, Behavior, and Social Networking. The data were collected from 100 Facebook users at York University between the ages of 18 to 25. Among other things, she found that males were given to bragging in Facebook's "about me section," while women were wont to publish their most flattering photos.

Some might wonder why we need a research paper to learn something so patently obvious. Still, it's useful to recall that despite all the attention now being lavished on Facebook, researchers' understanding of peoples' online habits and personalities is only in its early stages.

Needless to say, as soon as York University put the press release on the campus wire, the PR office was inundated. On Friday, a spokesman for the university said that Mehdizadeh was no longer doing interviews. The study is available here.