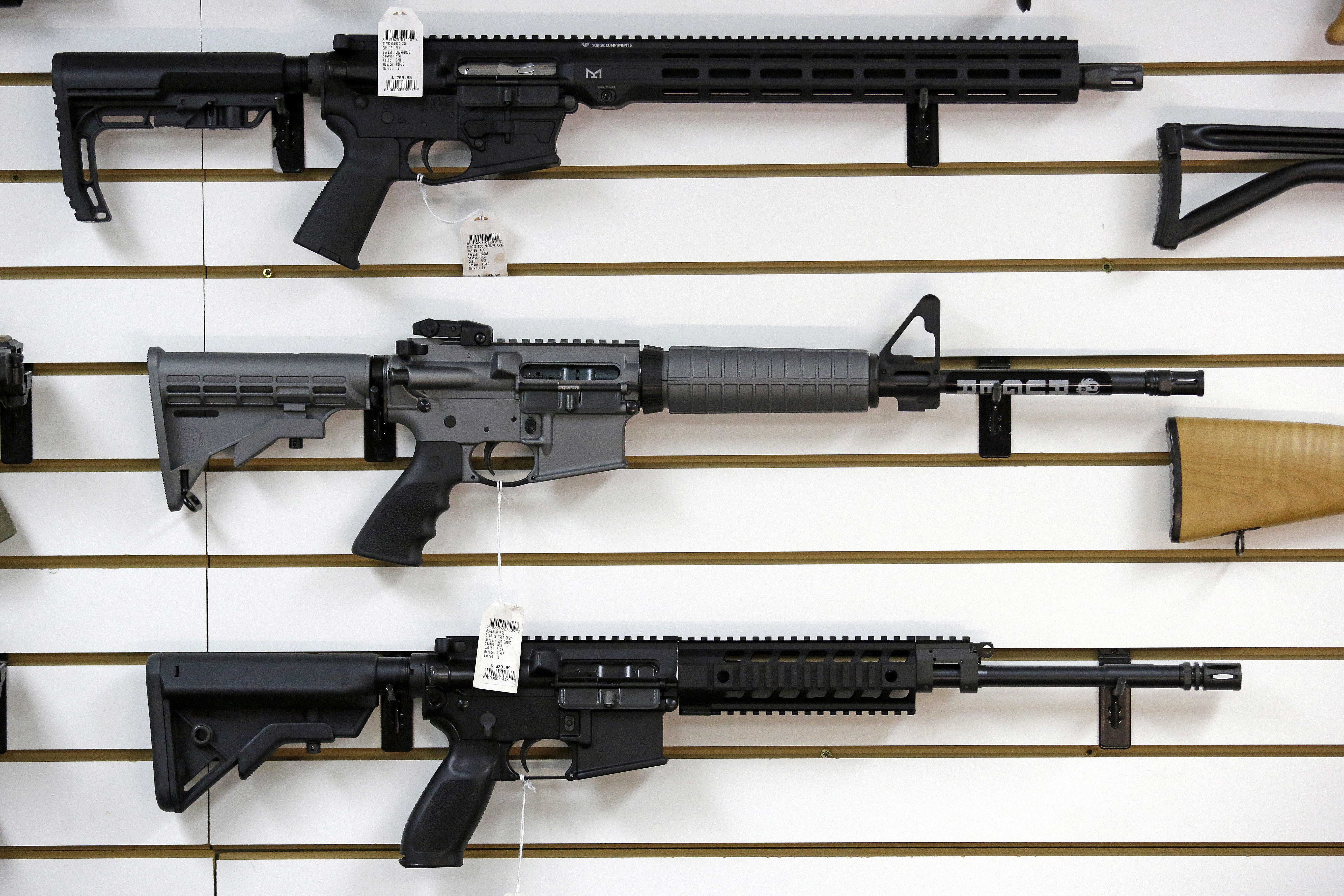 MONTPELIER, Vt.  — Vermont on Wednesday raised the age to buy firearms, banned high-capacity magazines and made it easier to take guns from people who pose a threat — the first significant gun ownership restrictions in state history, signed into law by the Republican governor.

It's a remarkable turnaround for the largely rural state that traditionally has refused to impose restrictions on gun ownership.

Standing on the Statehouse steps, Gov. Phil Scott signed the three bills into law before a crowd of gun rights activists and supporters of gun control.

Scott, a gun owner, had urged the Legislature to pass gun restrictions in the aftermath of what police called a narrowly averted school shooting in Fair Haven by a teenager. He said the incident proved to him that Vermont isn't immune from the school violence that has plagued other parts of the country.

An arrest in the February Fair Haven case came the day after a high school shooting in Parkland, Florida, that left 17 people dead.

Vermont's new gun laws are mild by some standards. But they are part of a trend of states passing gun restrictions, prompted in part by the Florida mass shooting, said Robert Spitzer, a political science professor at the State University of New York at Cortland who has written books on gun policy.

"There has been movement in a number of states," Spitzer said. But Vermont is significant "because Vermont is traditionally such a strong gun-rights state and has not moved in this direction in ages, if ever," he said.

While gun control advocates have praised Vermont's new laws, the state's traditionally powerful gun rights advocates and members of the outdoor community feel betrayed by Scott, whom many supported during his 2016 election campaign. During debate on the legislation, many firearms owners milled around the Statehouse halls wearing hunter orange vests or hats.

"The tyranny of democracy has overwhelmed the protections of my constitutional, individual rights," said Bill Moore, a firearms policy analyst for the Vermont Traditions Coalition who fought against the gun restrictions.

Gun rights advocates in the state generally support taking guns away from people deemed dangerous or prone to domestic violence, both covered by the new legislation. But they fiercely oppose provisions in the laws that raise the age to buy firearms from 18 to 21, restrict the size of gun magazines and require background checks for most private gun sales.

On Tuesday, a bipartisan group of Vermont lawmakers urged Scott to veto the bill that contains the provisions they find onerous.

Democratic State Sen. John Rodgers, who represents a rural area of the state known as the Northeast Kingdom and spoke fiercely against some of the gun restrictions, is considering a run for governor.

"It will affect law-abiding citizens while doing nothing to stop evil people and criminals from doing harm to others," Rodgers said of the legislation.

But supporters of the restrictions say the time has come in Vermont.

"I think it sends a signal that the cultural shift ... is huge in Vermont, and I don't think there is anything in these bills that are going to take guns away from any law-abiding person," said Clai Lasher-Sommers, executive director of the Gun Sense Vermont, which was formed in the aftermath of the 2012 elementary school shooting in Newtown, Connecticut, that left 26 first-graders and educators dead.