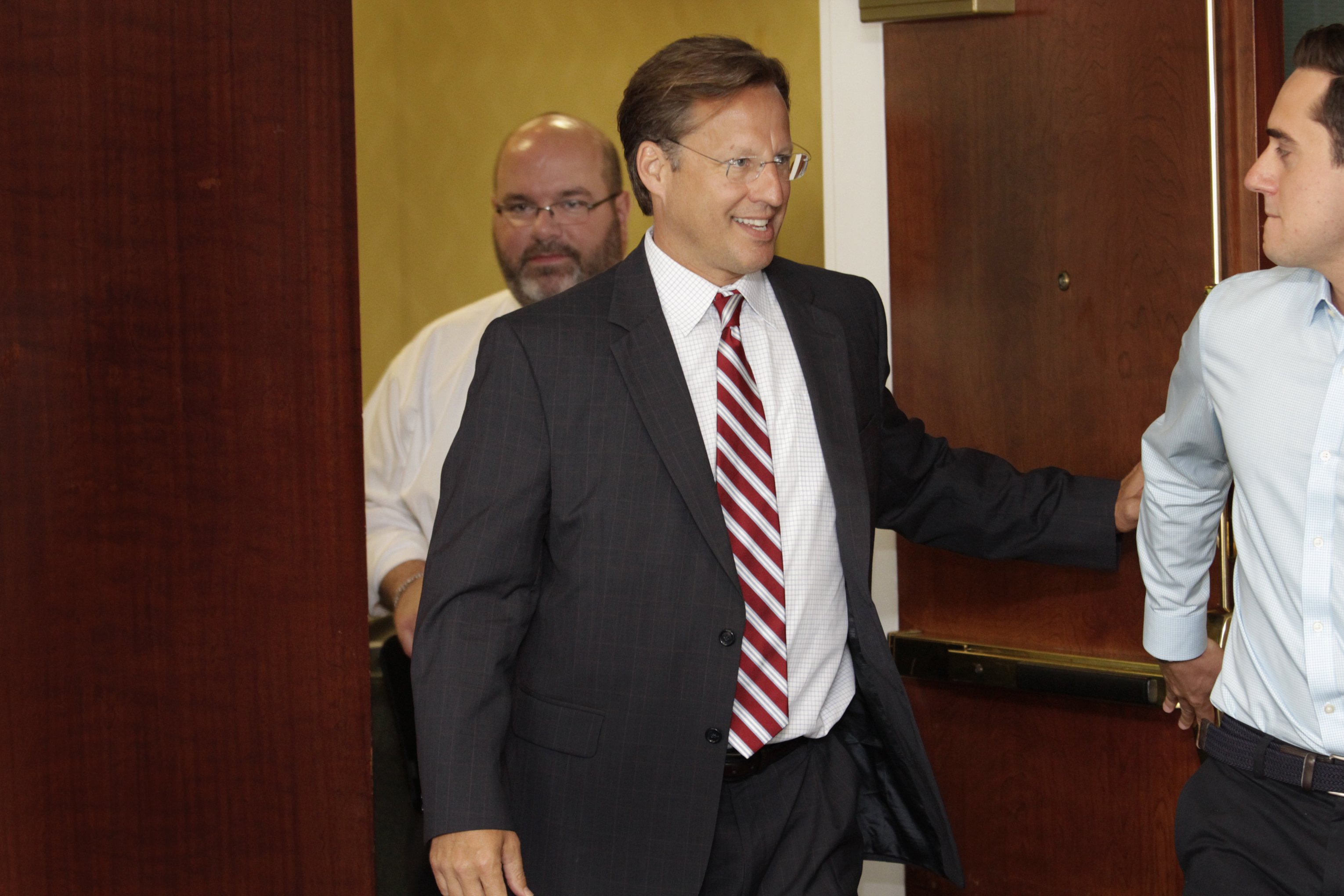 Brat held a news conference Thursday outside his campaign headquarters, where he said his bid is built around support from longtime Republicans, tea partyers, independents and libertarians.

"This is precisely what this campaign is all about, from the beginning, we're unifying all these different groups under one common set of principles," said Brat, who was joined by about 40 supporters.

Brat announced that Amanda Chase, who worked on Cantor's campaign in 2010, will be taking over as interim campaign manager. Brat's primary campaign was managed by 23-year-old Zachary Werrell, who Brat said will stay on to help transition to the general campaign.

Brat, who has been keeping the media at a distance since his stunning upset win against Cantor in the 7th District's GOP primary last week, did not take any questions from reporters. But he did push back against reports that he's been avoiding the press.

"Contrary to media reports that we've been on vacation for a week, we've actually been trying to answer thousands of emails and phone calls we've received since last Tuesday," Brat said.

Democrat Jack Trammell is set to face Brat in the fall. Both he and Brat teach at Randolph-Macon College.

Brat laid out part of campaign platform for the upcoming election, including a focus on instituting term limits

Just 12 percent of the 7th District's voting age population turned out for last week's primary, but those who did were likely motivated to send a message that they're unhappy not just with Cantor but with Washington overall. Congressional approval this year has hovered near historic lows.

Cantor lost to Brat, 56-44 percent; by comparison he had won his last primary - which wasn't much of a race - with 79 percent in 2012. He was re-elected in the general by a comfortable 15 points.