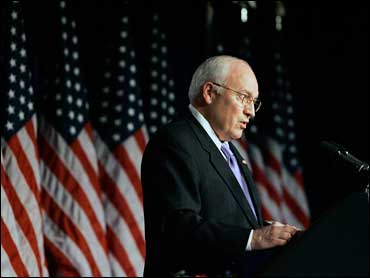 The top attraction at the 34th annual Conservative Political Action Conference, taking place this week in Washington, is the event's straw poll, an informal presidential preference poll that can give a major momentum boost to the winner. Regardless of who wins, however, it's already clear who the most talked-about attendee is — the guy in the dolphin costume.

Identified only as "Flip," his stated purpose is to draw attention to Republican candidate Mitt Romney's shifts in the past few years on a number of hot-button social issues, including abortion, stem-cell research and gay rights. But he's also succeeded at drawing attention to himself, continuously shaking hands and posing for photos with a stream of conservative activists.

Such is the order of the day at CPAC. While one would be hard-pressed to find a man in attendance not wearing a tie and jacket, many here are anything but conservative when it comes to getting their point across. This is most evident in the event's exhibit hall, where, away from the decorum of the ballroom speeches, an atmosphere comparable to a carnival midway takes hold — complete with barkers, thrill rides, costumes and other gimmicks.

"It's got more to do with a trade show than politics," said David Martosko, director of research for The Center For Consumer Freedom. "Gadgets and gizmos will get people to pay attention to what you're saying."

And how is Martosko's group getting people's attention? Try stuffed dead puppies. One can be yours if you provide the group with five e-mail addresses.

They're not real puppies, of course. They're stuffed toy puppies that have "toe tags" attached to them with the puppy's name (Happy), age (6 months) and description (Perfect). The point of this spectacle is to draw attention to the group's claim that People for the Ethical Treatment of Animals killed puppies and kittens — including a real-life Happy — rather than see them remain in "slavery" as people's pets.

Martosko expressed pride that his group's stunt was proving so popular. "Who else would run an ad with a burning AIDS ribbon in the New York Times?" he said of another campaign. "I see a lot of groups here struggling to be edgy. We went past that line a long time ago."

Others are not so morbid. To draw attention to "family friendly" games, the Entertainment Software Association allowed people to play popular games like Guitar Hero II and Dance Dance Revolution. Evan Dent of Students For Saving Social Security walked around in a Hershey Kiss costume, handing out the candy of the same name. The message: Don't Kiss Our Retirement Savings Goodbye.

The Owner-Operator Independent Drivers Association, which represents independent truck drivers, came to CPAC with a NASCAR simulation ride. Attendees were consistently lined up in front of the car on Thursday. Many "drivers" took their task quite seriously, clenching their jaws and looking at the computer screen with a steely-eyed expression as they navigated the turns and inclines of a virtual racetrack.

Michael Schermoly, the association's national marketing director, said the simulator typically travels to truck stops and serves as a way for the organization to interact with its constituents, who can't be contacted through typical means due to constantly being on the road in their own rigs. The group took the simulator to CPAC as a way of drawing attention to its signature issues: lowering or eliminating tolls and increasing regulations on trucks from Mexico entering the United States.

Schermoly said his group doesn't have a strong partisan bent but wanted to raise awareness of their key issues among a politically-connected crowd. "It's just to be a little bit different," Schermoly said of the simulator ride. "We're kind of out of place here. Most of our efforts are in the trucking industry."

Yes, there is substance behind all this style. Even those who came up to "Flip," who said he was a college student from Massachusetts, would hear him talk seriously about his issues with Romney's candidacy.

"Romney has flipped on every single issue," he said. "Mitt is not a conservative. He's not a Republican. I definitely know he's a politician — he's certainly one of those."

But while costumes, rides and video games may garner a few interested glances, maybe even a short conversation, sometimes sticking out like a sore thumb wins more attention than hoped. Just ask the American Civil Liberties Union. Their booth was tucked into a corner of the room and, in terms of décor, had little to distinguish itself from other organizations.

However, the group's positions on a host of issues, including abortion and display of the Ten Commandments on government property, are definitely at odds with the beliefs of virtually everyone attending CPAC. The ACLU's mere presence inspired often heated debate between the group's representatives and the many attendees who approached their table.

While conservatives and the ACLU do agree on a few issues, namely campaign finance law and gun control, those engaging in debate with the group's representatives said their actions on those issues weren't enough and certainly didn't outweigh the issues on which they disagreed.

Dan Gainor, who heads the Media Research Center's Business and Media Institute, walked away from the ACLU table shaking his head after a spirited back-and-forth over a proposed national law that would offer journalists greater freedom to protect their sources. At one point, he called the organization a "leftist flunky group."

"People will show up and point out the ACLU's hypocrisy and how they defend some parts of the Constitution and not others," Gainor said. "I respect them for showing up and defending their hypocrisy, but I don't respect the hypocrisy itself."