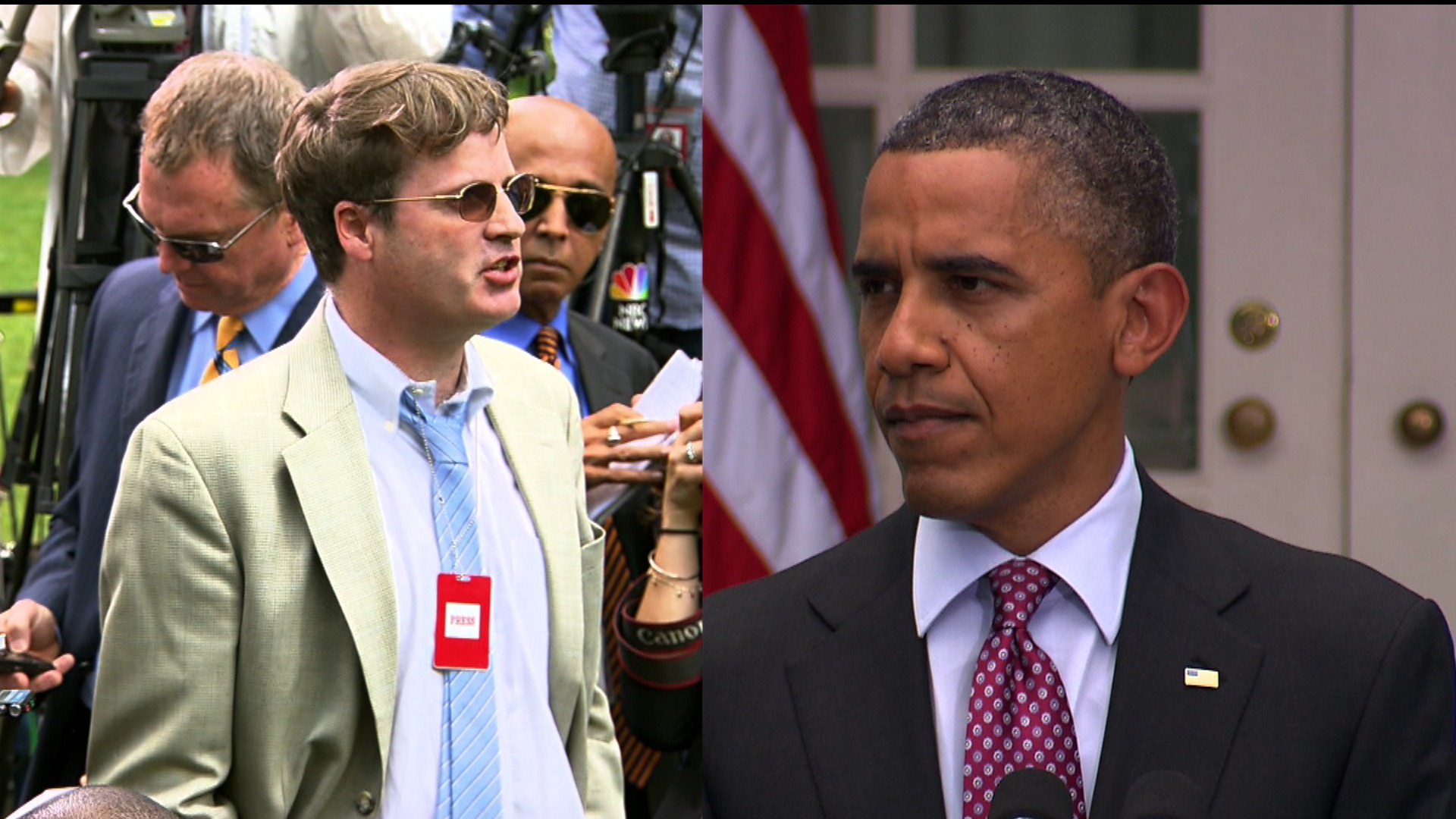 (CBS News) During President Obama's event in the White House Rose Garden on the administration's new immigration rules regarding children of undocumented immigrants, a reporter interrupted the president mid-sentence with the question, "Is it the right thing to do for American workers?"

Interrupting the president is considered a violation of decorum and is rarely done. The reporter, Neil Munro of the conservative website The Daily Caller, said after the event he was asking questions "because you guys weren't."

The president immediately responded to Munro saying, "It's not time for questions, sir. Not while I am speaking."

The presid ent continued with his remarks, saying the new immigration policy is "the right thing to do."

At the end of his statement, a testy Obama addressed Munro, saying, "The answer to your question sir - the next time I prefer you let me finish my statements before you ask that question - is that this is the right thing to do for the American people."

U.S. to stop deporting young illegal immigrants
Will Obama's immigration decision be a game-changer in November?

Munro again started to ask a question and the president quickly interjected. Talking over Munro, the president said, "I didn't ask for an argument, I'm answering your question. This is the right thing to do for the American people and here's why. These young people are going to make extraordinary contributions and are already making extraordinary contributions to our society."

Huffington Post media reporter Michael Calderone tweeted that Daily Caller editor Tucker Carlson told him those critical of Munro should "take a gig at the White House," meaning they should work for the administration.

In his latest explanation, Munro said, "I timed the question believing the president was closing his remarks, because naturally I have no intention of interrupting the President of the United States."

The president took no questions from reporters after the event ended, though numerous reporters yelled out questions but received no response - a regular occurrence at presidential statements.

The news conference was held to describe the new rule, which he said is effective immediately. "Eligible individuals will be able to request temporary relief from deportation proceedings and apply for work authorization," the president said.

Presumptive Republican nominee Mitt Romney responded to the immigration rule, saying the president's actions make it "more difficult to reach that long term solution because an executive order is of course just a short term matter, it can be reversed by subsequent presidents."