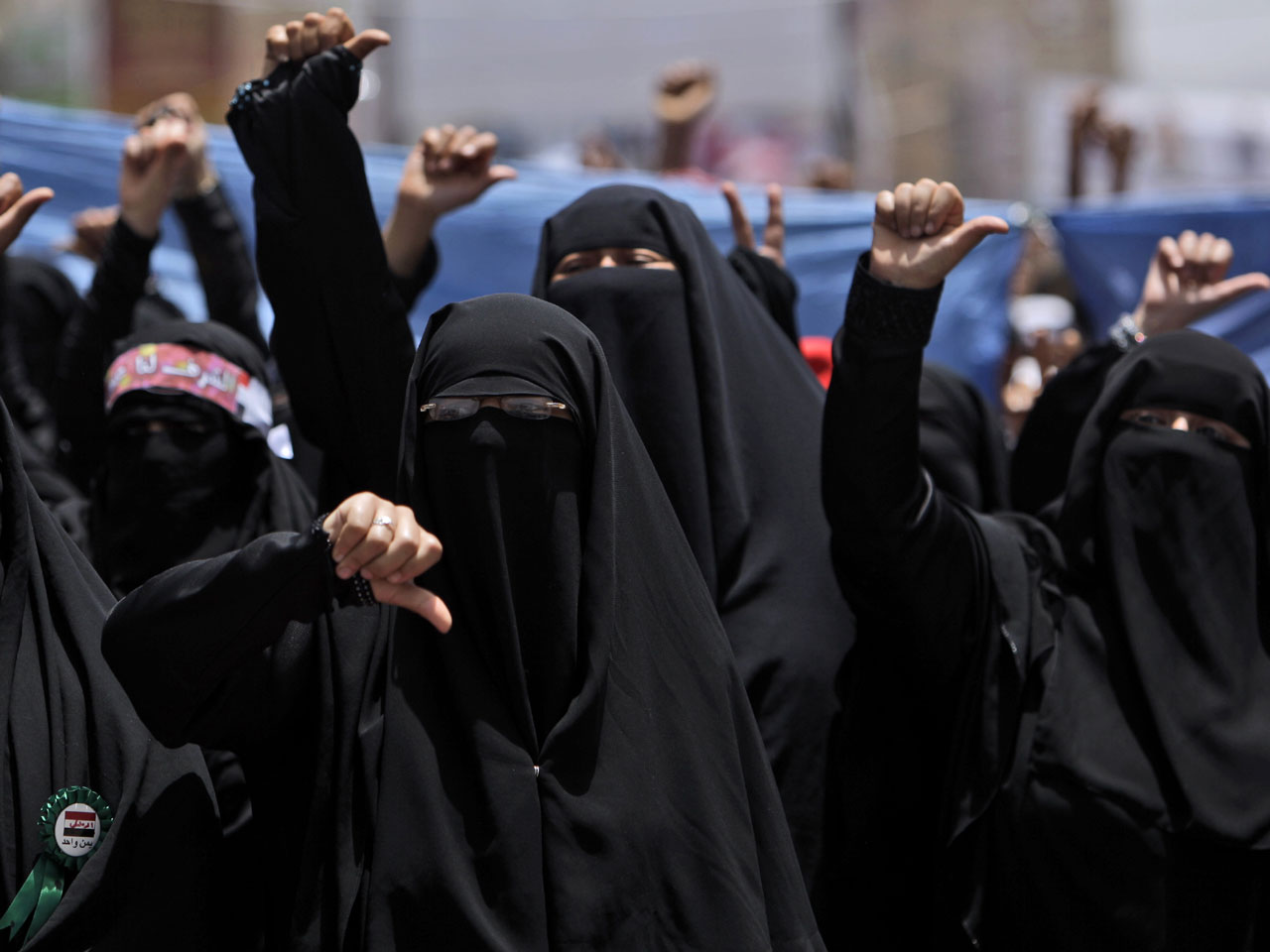 (AP) SANAA, Yemen - Women in Yemen are worse off now than a year ago, when they played a significant part in the country's revolution that promised political and economic change, an international aid agency has concluded.

In a report released Monday, Oxfam International said four out of five Yemeni women claim their lives have worsened over the past 12 months. Faced with an intensifying humanitarian crisis, which has left a quarter of women between the ages of 15 and 49 acutely malnourished, they say they're struggling to feed their families and are unable to participate in the country's transition.

"The food crisis is the biggest impediment," said Sultana Begum, an Oxfam humanitarian policy adviser who authored the report. "How do you expect people to participate in this very important process which is going to decide the future of a country . when they're focused on day-to-day survival?"

The United Nations' World Food Program says 10 million Yemenis, nearly half the population, do not have enough food to eat. The crisis is blamed on a number of factors, including soaring food and fuel prices in the past year. Markets in cities and villages are brimming with fruits, vegetables and meat, but private organizations say the food is not affordable to people who are grappling with high unemployment, unrest and internal conflicts that have displaced families.

Many have sold off their land and livestock, pulled their kids out of school and resorted to other desperate measures to make ends meet. Oxfam said more parents are marrying off their daughters early, some as young as 12, and sending their sons across the Saudi Arabian border to smuggle qat, the narcotic leaf.

"I've been to villages where mothers have lost their children and they say it's because they couldn't feed them properly; it's because of the hunger," said Caroline Gluck, an Oxfam spokeswoman in Sanaa, the capital.

The report, which surveyed 136 women across Yemen in July and August, also says the majority of women asserted they felt less safe than a year ago. They cited concern over the proliferation of small arms; gun battles in the streets of Sanaa; and the risk of sexual assault. In camps for internally displaced individuals, such as in Haradh in the north, women said pressures from current crises have led to higher levels of domestic violence.

Displaced women also said they felt unsafe returning to their homes in provinces like Abyan to the south, where the government recaptured areas from al Qaeda militants this summer. In addition, women said there was a lack of protection provided to them by police and other security authorities.

On the political front, women were emboldened after last year's uprisings, but now claim they are feeling "sidelined by the transition process and say they have been shut out of decision-making by political parties and the government," the report said.

Some of those interviewed said there should be quotas to include women in parliament and committees overseeing the transition in the new government of President Abed Rabbo Mansour Hadi, who replaced ousted President Ali Abdullah Saleh in February.

Oxfam officials said they've had to scale back some of their relief efforts, which include cash distribution to needy families, because of a lack of funding. Among the recommendations in the report, they're asking the Friends of Yemen, scheduled to meet in New York this week, to immediately allocate humanitarian aid to hit the ground. Donors in the group have pledged $6.4 billion, but Oxfam says there needs to be more transparency in tracking where the money goes.

"Right now, Yemen is mired in a quagmire of a humanitarian crisis, it can't pull its way out at the moment and it desperately needs more money," Gluck said.