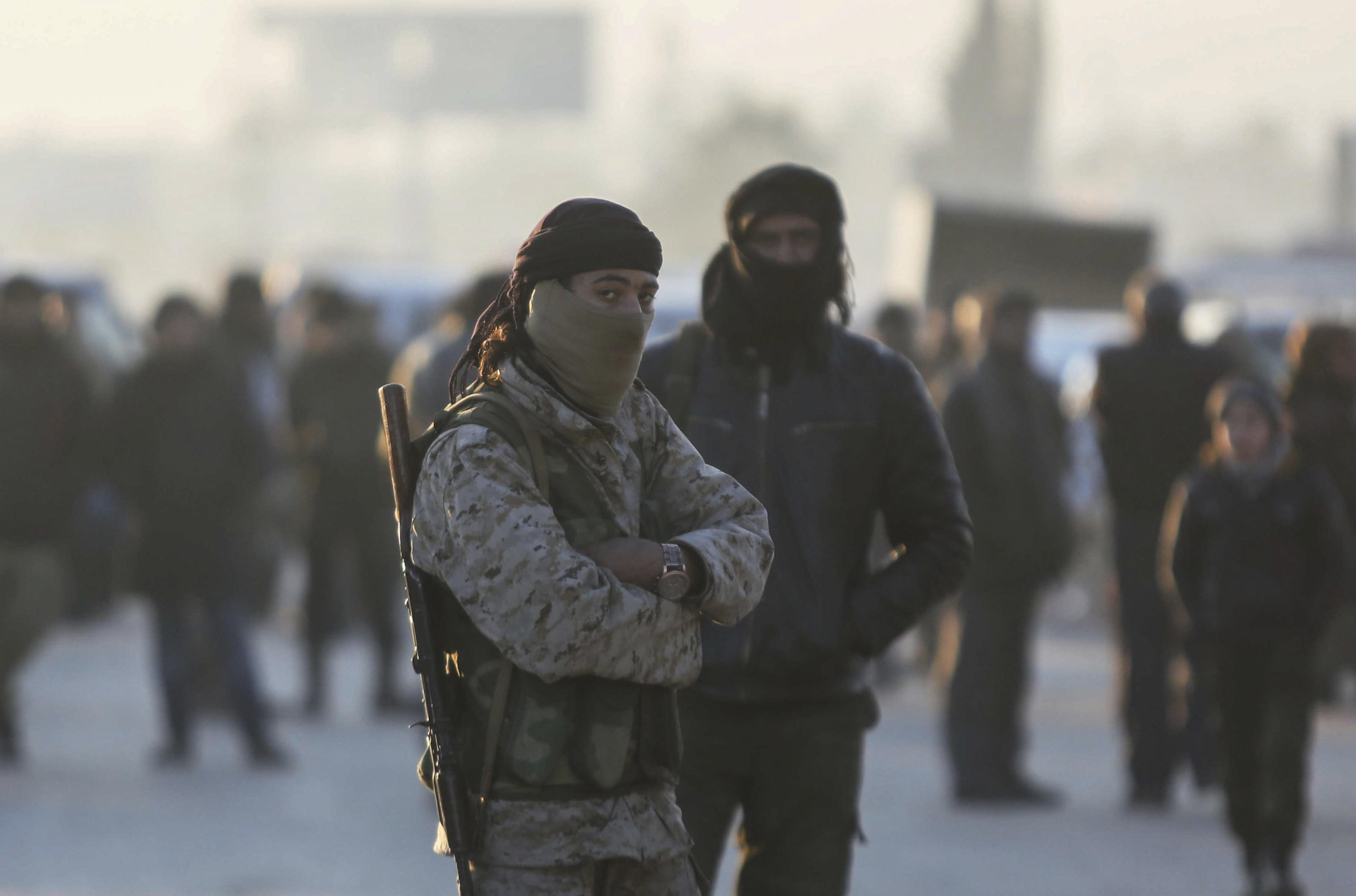 ANKARA, Turkey -- Turkey and Russia have reached an agreement on a cease-fire plan comprising the whole of Syria, and the two countries will work to ensure that it comes into effect at midnight Wednesday night, Turkey’s state-run news agency reported Wednesday.

The Anadolu Agency, quoting unnamed sources, said the plan would be presented to all sides of the Syria conflict and aims for a cease-fire that would come into force “in all regions” where fighting between pro-government forces and opposition groups is taking place.

The Kremlin said it could not confirm the report.

“I cannot answer that question,” said Kremlin spokesman Dmitry Peskov told the media. “I don’t have sufficient information,” he said.

Several rebel groups said that they were withholding their approval of any agreement until they receive details about its terms.

It said a peace process in Kazakhstan’s capital of Astana would go ahead under Russia and Turkey’s leadership if the cease-fire holds. Anadolu said the two countries would act as “guarantors” of the peace process.

Cavusgolu also said that it would be “impossible” for any transition towards peace in the war-torn country to involve Syrian president Bashar al-Assad, as opposition fighters would not accept him, Reuters reported.

In the U.N., a top Russian diplomat said a draft U.N. Security Council resolution that would impose sanctions on Syria for chemical weapons use is unacceptable to Moscow, which has veto power on the council.

A resolution drafted by Britain and France, which was obtained by The Associated Press, would impose sanctions on an array of Syrian individuals, organizations and companies allegedly involved in chemical weapons attacks in the war-torn country. It would also ban sales of helicopters to Syria.

Deputy Foreign Minister Sergei Ryabkov was quoted by the state news agency Tass on Wednesday as saying the resolution “is categorically unacceptable to us. We warn them against attempts to fan tensions in the U.N. Security Council.”

And in Syria, activists said at least 20 civilians have been killed in an airstrike on an Islamic State-held village in Deir el-Zour province in eastern Syria.

The Britain-based Syrian Observatory for Human Rights monitoring group reported Wednesday that several unknown warplanes bombed the village of Hajna the night before, killing 12 people from one family and 10 from another. It said at least 10 children were killed.

The activist group Deir Ezzor 24 said no one in the two families survived.