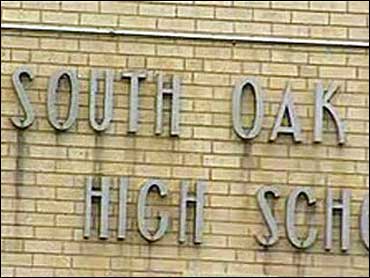 Workers at a high school staged fights among troubled students, making them settle their differences with bare-knuckled brawls in a steel utility cage inside a boys locker room, school district documents show.

The principal and other employees at South Oak Cliff High "knew of the practice, allowed it to go on for a time, and failed to report it," according to a 2008 report from the Dallas school district's Office of Professional Responsibility. The documents were obtained by The Dallas Morning News for a story in its Thursday editions.

The report describes two instances of cage fighting between 2003 and 2005.

Dallas schools Superintendent Michael Hinojosa confirmed that there were "some things that happened inside of a cage" and called the fights "unacceptable."

No criminal charged have been filed in the case.

Former Principal Donald Moten denied the allegations, saying he had nothing to comment on because the fights never happened.

But a middle school counselor who was fired from the high school and has filed a whistleblower lawsuit said Moten and members of the school's security staff encouraged the fights.

"It was gladiator-style entertainment for the staff," said former South Oak Cliff employee Frank Hammond. "They were taking these boys downstairs to fight. And it was sanctioned by the principal and security."

"This is a personnel matter and we're not authorized to talk about personnel," spokesman Jon Dahlander told The Associated Press.

The report said Hammond didn't see any of the fights. Hall monitor Gary King told investigators he witnessed the head of campus security and an assistant basketball coach place two students in the cage to fight.

In 2006, Moten accused Hammond of changing a student's grade, and the district placed Hammond on administrative leave. Although an appeals judge reinstated him, he was later fired.