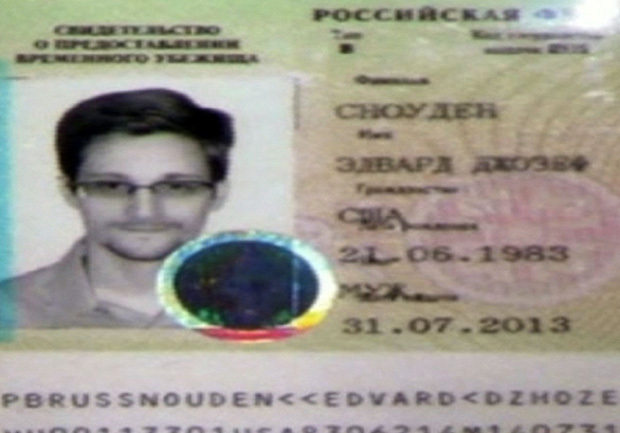 MOSCOW NSA leaker Edward Snowden spent two days in the Russian Consulate in Hong Kong directly before flying to Moscow on what turned out to be an abortive attempt to reach asylum in Latin America, the respected newspaper Kommersant reported Monday, citing unidentified sources in Snowden's circle and the Russian government.

If true, this would suggest greater Russian involvement in Snowden's efforts to escape American justice than President Vladimir Putin's government has acknowledged. The newspaper also reported that Cuba was instrumental in blocking Snowden's further travels.

Snowden, a former National Security Agency contractor who leaked information about the scope of U.S. government surveillance, flew to Moscow on June 23, with a ticket that would take him on to Cuba the following day. From there he could travel to countries willing to offer him asylum, including Bolivia and Venezuela. But he did not board the flight to Havana and remained in limbo until being granted asylum in Russia on Aug. 1.

Kommersant, citing a Russian government official, reported that Snowden appeared at the Russian Consulate in Hong Kong on his own initiative two days before the flight, showed his Aeroflot ticket and asked for help. Two days after Snowden landed in Moscow, Putin said that his choice of travel route and his request for Russia's help had come as a "complete surprise." This was interpreted at the time as referring to his arrival in Moscow, but Putin did not specify.

On Monday, the Russian Foreign Ministry did not immediately respond to a request for comment, and the U.S. Embassy in Moscow said it would have no immediate comment.

The newspaper, citing several "informed" sources, said that Cuba informed Russia that the Aeroflot flight from Moscow would not be allowed to land in Havana if Snowden were on board, citing pressure from the United States. A source identified as someone "close to the State Department" confirmed to the paper that Cuba was among a number of countries that had been warned not to provide assistance to Snowden.

Snowden has not been seen in public since arriving at Moscow's Sheremetyevo Airport. Between his arrival on June 23 and being granted asylum nearly six weeks later, the Russian government said Snowden was limited to the airport's transit zone. He held a closed meeting in the airport with representatives of human rights groups in mid-July.

After he was granted asylum, he was allowed to leave the airport, but there have been no reports of where he's staying.