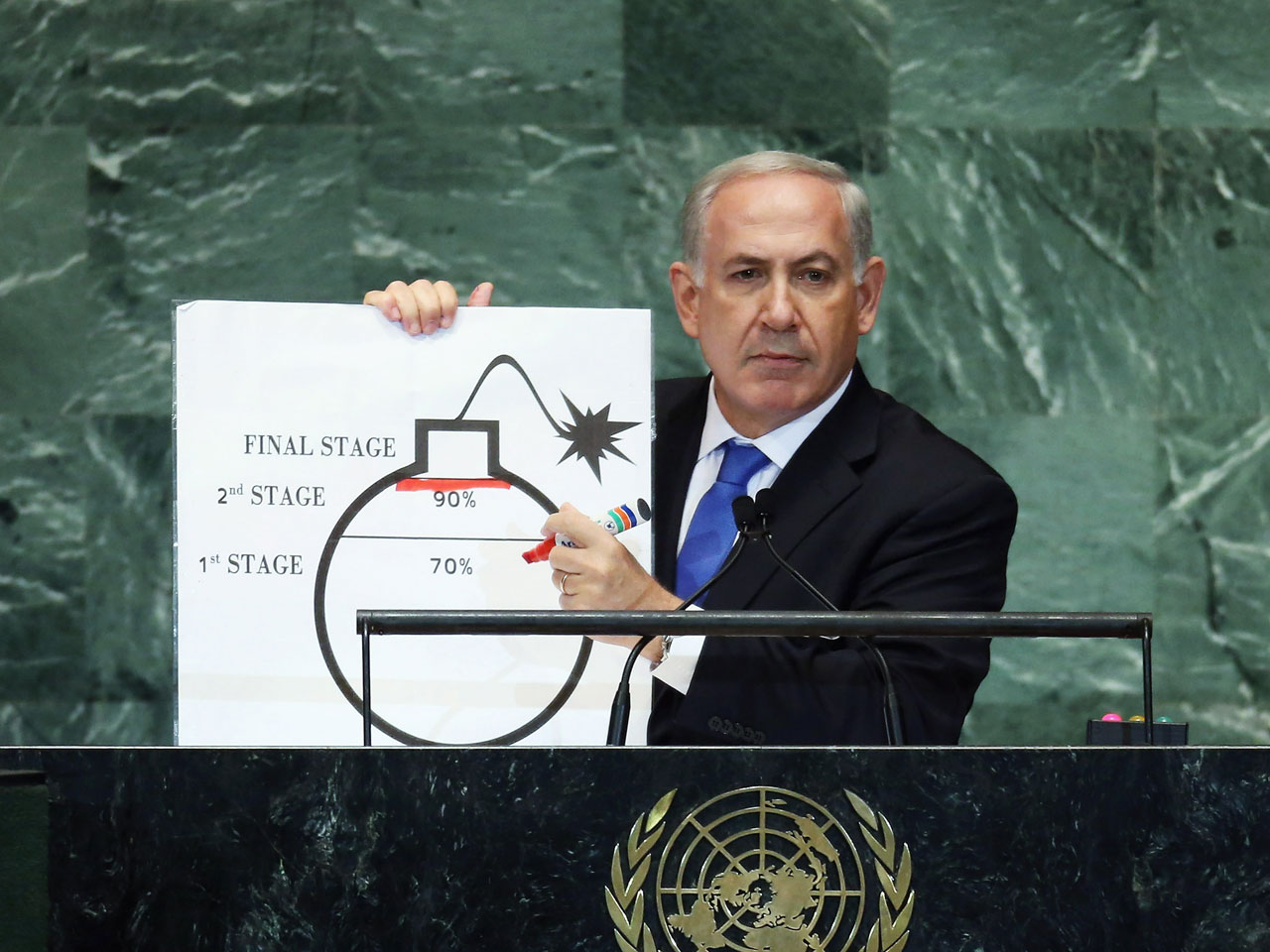 In September of 2012, Israeli Prime Minister Benjamin Netanyahu stood before the General Assembly of the United Nations with a cartoon drawing of a bomb.

He told the international audience Iran had already completed the first stage of uranium enrichment, and then he drew his own red line on the diagram to highlight the point of no return -- the completion of the second stage and 90 percent enrichment.

"Iran is 70 percent of the way there and ... well into the second stage. By next summer, at current enrichment rates, they will have finished the medium enrichment and move on to the final stage," Netanyahu said. "From there it is only a few more weeks before they have enriched enough for a bomb."

A month later, his own spy agency, the Mossad, sent a top-secret cable to their South African counterparts that contradicted his pronouncements.

The revelation is part of a trove of leaked cables obtain by Al Jazeera and shared with The Guardian newspaper that shed a startling light on the behind-the-scenes workings of Mideast politics for a period from 2006 until December 2014.

One secret cable reveals that Mossad said in late October 2012 that Iran had not begun the work needed to build any kind of nuclear weapon. Instead, the Islamic Republic's scientists were at the time "working to close gaps in areas that appear legitimate such as enrichment reactors".

The cable conceded, however, that Iran's efforts "will reduce the time required to produce weapons from the time the instruction is actually given."

The revelation could prove significant as Netanyahu is scheduled to address the U.S. Congress next month about Iran in a speech which the White House has not approved of. At the heart of the dispute over the speech are the international negotiations with Iran over its nuclear program.