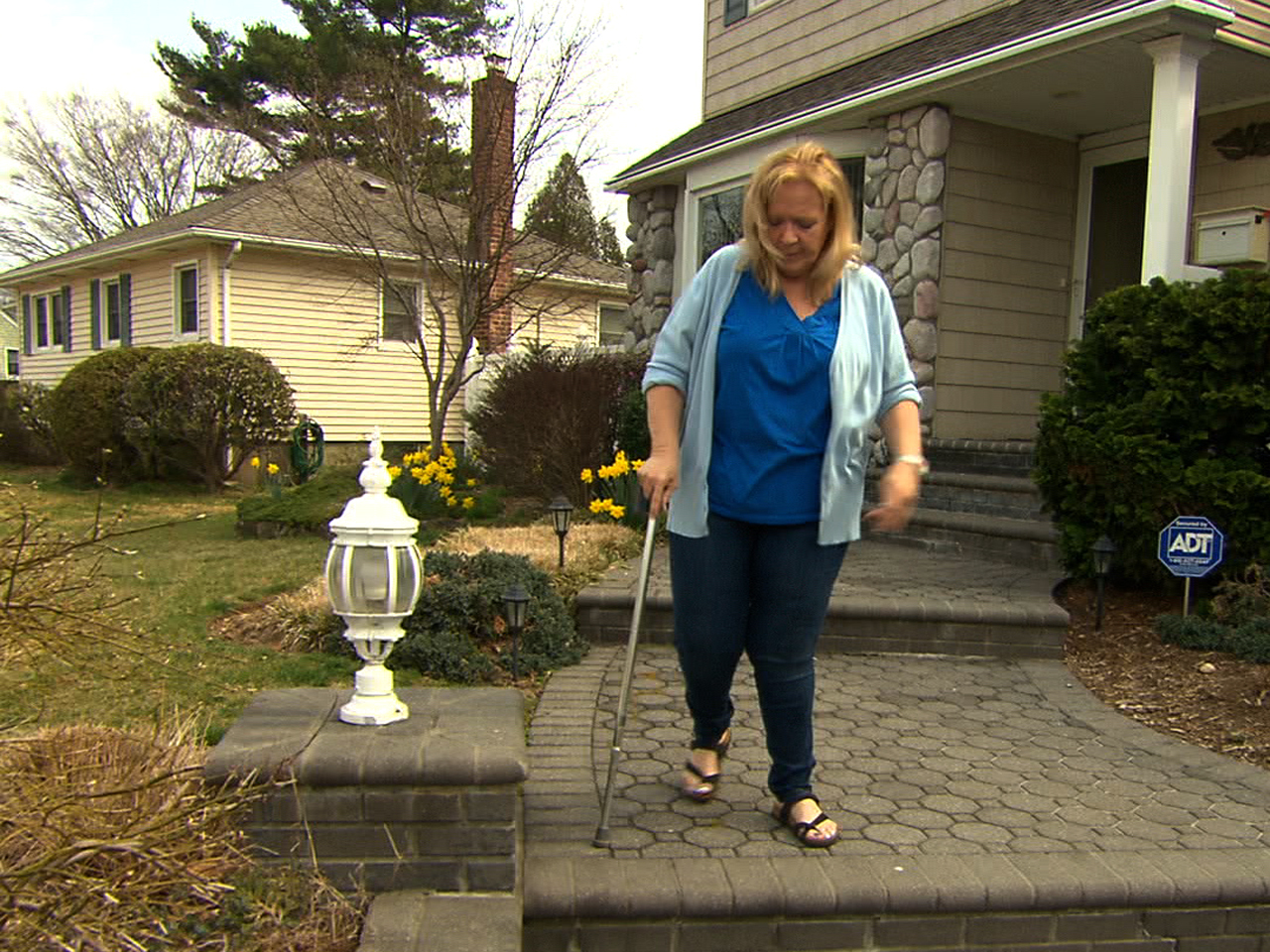 A new Consumer Reports investigation shows artificial hips and some other medical devices are rarely rigorously tested to make sure they're safe.

"There is a consistent pattern of failure in medical devices," said Dr. Steven Nissen, of the Cleveland Clinic. He co-authored a separate report that found more than 2,800 people died in 2006 because of faulty devices.

"I think people make the assumption that when their doctor implants a device, whether it be an artificial joint or a pacemaker, that it's undergone very rigorous testing," Nissen said. "That assumption isn't always true."

After Terri Sagalow, 56, developed severe arthritis, she had her left hip replaced in 2007. After a couple of weeks, her leg just started to hurt. Despite the pain in her left hip, Sagalow needed her right hip replaced two years later.

Then she got a bombshell: DePuy, the manufacturer, was recalling all 93,000 of the artificial hips worldwide. "I had both hips being recalled," Sagalow said.

The artificial hips, all metal, have a high failure rate, and metals from the implants can seep into the bloodstream. That's linked to an increased cancer risk, problems with eyesight and hearing, and other complications.

And it's not just hips that are failing. According to the investigation by Consumer Reports, "most medical implants have never been tested for safety."

(Watch an interview with the Nancy Metcalf, the Consumer Reports writer, at left.)

So why would the FDA not want this testing done? Metcalf said it goes back to a loophole. "If you are a medical device manufacturer and you can prove that your device is sorta, kinda similar to a device that was sold earlier you can get it grandfathered in without any clinical testing and device companies have very smart lawyers and regulatory people who help them do that."

Vinita Nair reports on how effectively this procedure works

In human trials, the compound visibly tightened bags under the eyes that develop with age

In a statement to CBS News, DePuy says, "Dozens of tests and studies relating to the design, materials, and performance of components" of their recalled hips "were conducted" and point out the hips were "cleared for marketing by the FDA."

But that's little comfort to Sagalow. She's one of hundreds of patients suing the manufacturer. "I'm finding out now that these things that they put into me weren't even tested," Sagalow said. "And they're in my body. It's really quite upsetting."

The Food and Drug Administration did not respond to a CBS News request for comment. It told Consumer Reports that the current regulations have "served American patients well" and that "as a responsible guardian of public health, the FDA believes it's a challenge to eliminate a program without having a better alternative."