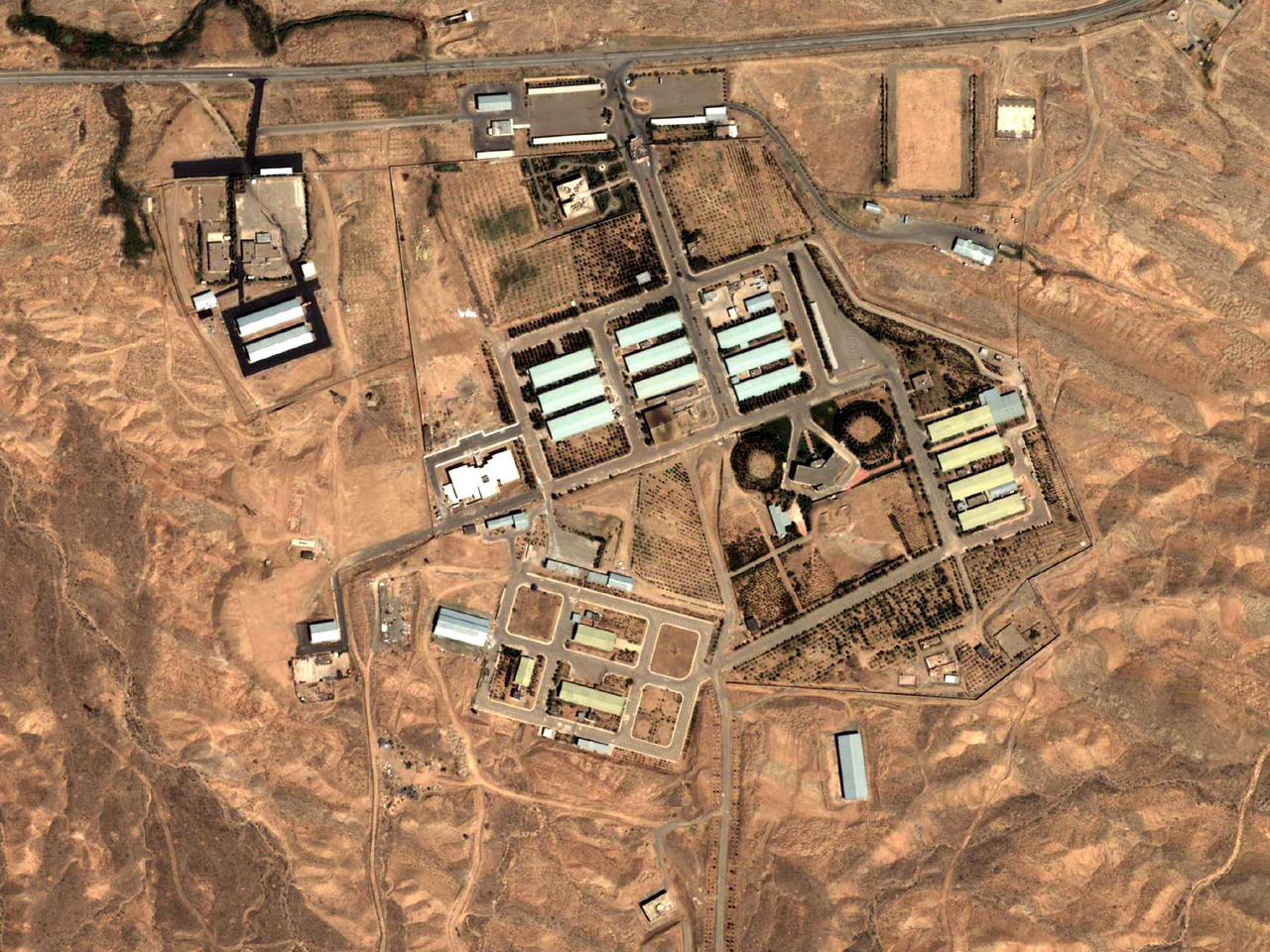 Access for diplomats and others to the Parchin base would be an attempt by Iran to show openness during this week's Non-Aligned Movement gathering, but it would certainly not satisfy U.N. demands.

U.N. nuclear inspectors have been pressing for wider access to Parchin, southeast of Tehran, to probe suspicions that Iran carried out explosive tests with possible nuclear trigger applications.

Diplomats told The Associated Press on Friday that the complex's main building is now covered with what appears to be plastic sheeting, shielding any activity there from the outside world and effectively shutting down the IAEA's only way of monitoring the site with its eyes in the sky through spy and commercial satellite imagery.

Iran denies any cover-up at Parchin or anywhere else, describing allegations that it worked secretly on developing nuclear arms as lies based on fabricated intelligence made available to the agency by the U.S., its Western allies and Israel. It also denies that its public nuclear work — uranium enrichment — is meant to create nuclear missile warheads, saying it is enriching only to make reactor fuel, medical isotopes and for research.

But it has refused eight months of agency requests to visit Parchin and has turned away IAEA attempts to probe other alleged weapons research and development for over four years, as well as rejecting offers of enriched reactor fuel from abroad. Its defiance has heightened suspicions about its ultimate nuclear aims, led to U.N. and other multinational sanctions, and increased threats of armed action from Israel, which says it will never accept an Iran armed with atomic weapons.

Israel is particularly worried about a fortified bunker at Fordo, where Iran has begun producing uranium enriched to a level closer to the grade used in nuclear weapons than its main stockpile of fuel grade material. About 40 miles south of Tehran, Fordo has about 800 centrifuges operating so far, enriching to a 20-percent level, and continues assembling others without operating them — diplomats say that close to 3,000 are now fully or partially screwed together, including hundreds over the past three months.

Possibly alluding to such work, Israeli Prime Minister Benjamin Netanyahu said Friday that his country has recently received "additional proof of the fact that Iran is continuing to make accelerated progress toward achieving nuclear weapons while totally ignoring international demands."

Parchin is an important piece of Iran's suspected nuclear puzzle of secret atomic weapons research and development. The agency believes Iran ran explosive tests in 2003 needed to set off a nuclear charge there, with the suspected blasts taking place inside a pressure chamber.

Iran has never said whether the chamber existed, but describes Parchin as a conventional military site — and has kept IAEA inspectors from visiting until there is agreement on a road map of procedures on how such an inspection can take place.

IAEA officials have suggested that this caveat is a stalling tactic, allowing for removal of all traces of such suspected work — and over the past half year have shown the agency's 35-board nation members satellite photos documenting what they say is an extensive cleanup of the site.

Diplomats inside those closed briefings have described the images showing earth moving equipment around the buildings, streams of water pouring out of the site where the chamber is believed to be, and the demolition of surrounding structures. Earlier this year, IAEA chief Yukiya Amano suggested that any visit by his inspectors had to come sooner than later if they hoped to find any evidence that was left by the alleged cleanup.

Iran's refusal to give access had left the agency no choice but to rely solely on satellite views — until the shrouding went up and the curtain was dropped on what, if any, cleaning up was continuing at the site. The diplomats said the buildings were covered less than two weeks ago. They demanded anonymity because they weren't authorized to divulge information meant to be kept confidential within the agency.

The diplomats' accounts appeared to be backed up by a satellite image dated Aug. 15 and published Friday by the Institute for Science and International Security, showing what the Washington-based think tank said appeared "to be pink tent-like material" over the building allegedly housing the explosives chamber and an adjacent building.

"The purpose of covering the buildings could be to conceal further cleanup activity from overhead satellites or to contain the activity inside," ISIS said in a commentary accompanying the photos.

Expectations for Friday's meeting had been modest from the outset and Herman Nackaerts, the chief IAEA negotiator at the talks, said "important differences ... prevented agreement."

Iranian envoy Ali Asghar Soltanieh was more upbeat, telling reporters "there are still some differences... but I have to say we are moving forward."

The information on the shrouding of the building came from two diplomats who demanded anonymity because they were not authorized to discuss the confidential satellite images. One of the two, who was familiar with the outcome of Friday's talks, questioned Soltanieh's comments, saying that little progress was made on the main issue of contention — demands by Iranians that were refused by the agency that any access to Parchin, or other sites, officials and documents the IAEA is interested in be carefully orchestrated by specifying who or what can be accessed and how often.

IAEA officials say that would give the agency little leeway to follow up on any new evidence it finds by effectively denying them a chance to revisit sites, again question officials or asking for new documentation.