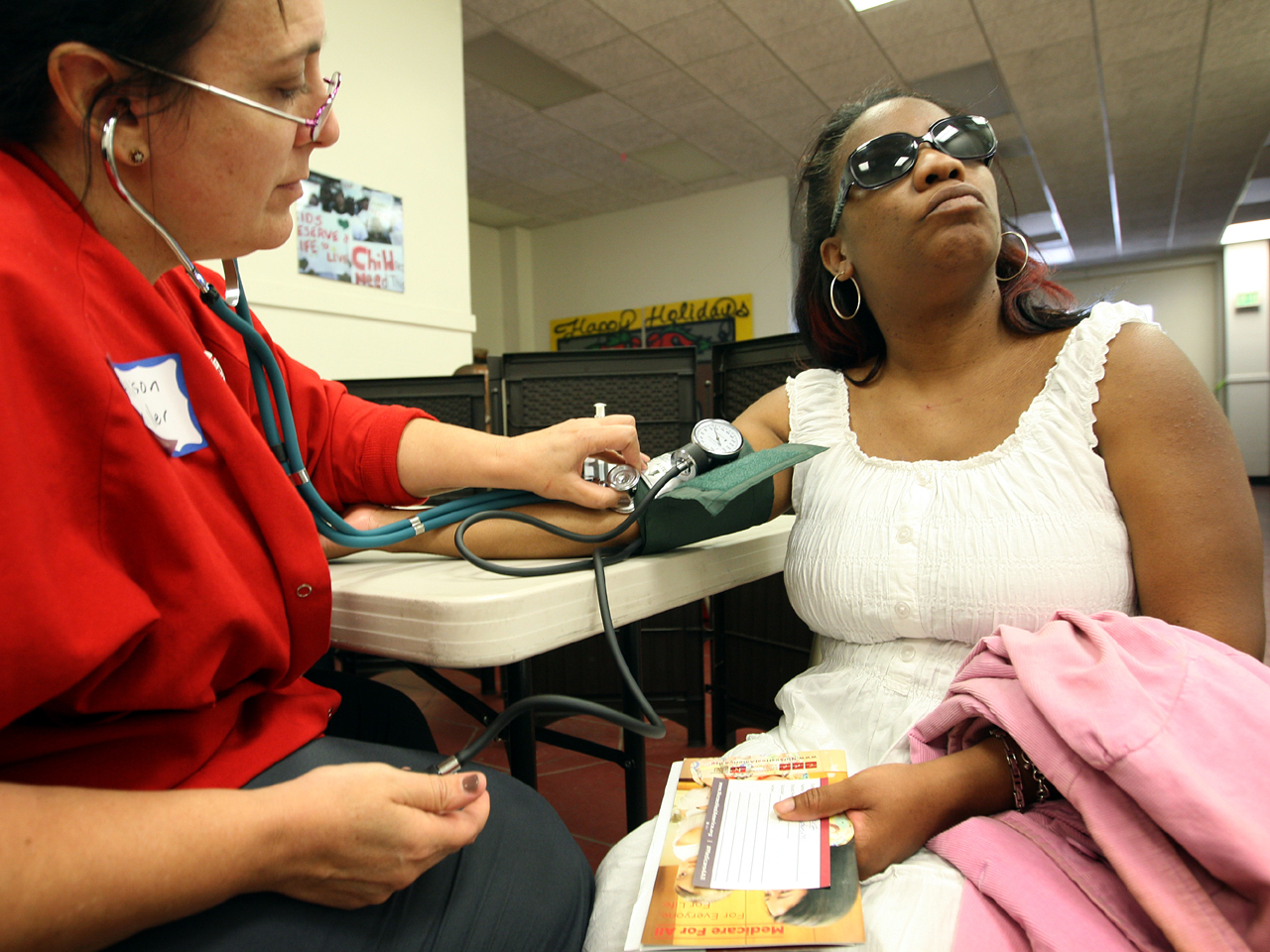 (AP) WASHINGTON - The U.S. health care system squanders $750 billion a year — roughly 30 cents of every medical dollar — through unneeded care, byzantine paperwork, fraud and other waste, the influential Institute of Medicine said Thursday in a report that ties directly into the presidential campaign.

President Obama and Republican Mitt Romney are accusing each other of trying to slash Medicare and put seniors at risk. But the counter-intuitive finding from the report is that deep cuts are possible without rationing, and a leaner system may even produce better quality.

Special Section: Campaign 2012
The Ryan Medicare plan: A critical look
How to cut through the hot air on Medicare

"Health care in America presents a fundamental paradox," said the report from an 18-member panel of prominent experts, including doctors, business people, and public officials. "The past 50 years have seen an explosion in biomedical knowledge, dramatic innovation in therapies and surgical procedures, and management of conditions that previously were fatal ...

"Yet, American health care is falling short on basic dimensions of quality, outcomes, costs and equity," the report concluded.

If airline travel were like health care, individual pilots would be free to design their own preflight safety checks — or not perform one at all.

Getting health care costs better controlled is one of the keys to reducing the deficit, the biggest domestic challenge facing the next president. The report did not lay out a policy prescription for Medicare and Medicaid but suggested there's plenty of room for lawmakers to find a path.

Both Mr. Obama and Romney agree there has to be a limit to Medicare spending, but they differ on how to get that done. Mr. Obama would rely on a powerful board to cut payments to service providers, while gradually changing how hospitals and doctors are paid to reward results instead of volume. Romney would limit the amount of money future retirees can get from the government for medical insurance, relying on the private market to find an efficient solution. Each accuses of the other of jeopardizing the well-being of seniors.

But panel members urged a frank discussion with the public about the value Americans are getting for their health care dollars. As a model, they cited "Choosing Wisely," a campaign launched earlier this year by nine medical societies to challenge the widespread perception that more care is better.

"Rationing to me is when we are denying medical care that is helpful to patients, on the basis of costs," said cardiologist Dr. Rita Redberg, a medical school professor at the University of California, San Francisco. "We have a lot of medical care that is not helpful to patients, and some of it is harmful. The problem is when you talk about getting rid of any type of health care, someone yells, `Rationing.' "

Examples of wasteful care include most repeat colonoscopies within 10 years of a first such test, early imaging for most back pain, and brain scans for patients who fainted but didn't have seizures.

The report makes 10 recommendations, including payment reforms to reward quality results instead of reimbursing for each procedure, improving coordination among different kinds of service providers, leveraging technology to reinforce sound clinical decisions and educating patients to become more savvy consumers.

The report's main message for government is to accelerate payment reforms, said panel chair Dr. Mark Smith, president of the California HealthCare Foundation, a research group. For employers, it's to move beyond cost shifts to workers and start demanding accountability from hospitals and major medical groups. For doctors, it means getting beyond the bubble of solo practice and collaborating with peers and other clinicians.

"It's a huge hill to climb, and we're not going to get out of this overnight," said Smith. "The good news is that the very common notion that quality will suffer if less money is spent is simply not true. That should reassure people that the conversation about controlling costs is not necessarily about reducing quality."

The Institute of Medicine, an arm of the National Academy of Sciences, is an independent organization that advises the government.