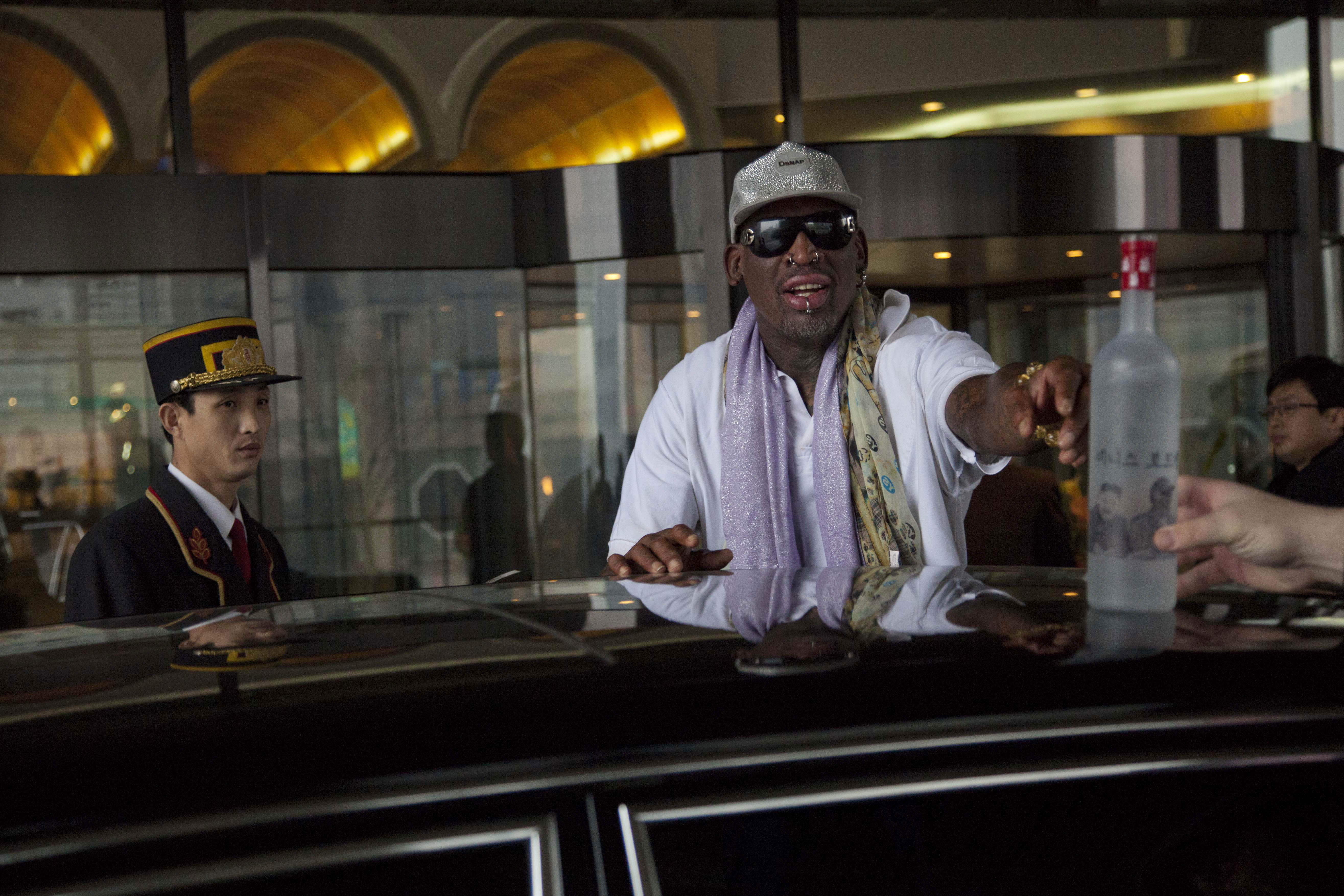 The NBA Hall of Famer has taken plenty of heat for showering his "friend for life" North Korean dictator Kim Jong Un with songs and gifts on his most recent trip to Pyongyang. Now the NBA Hall of Famer is in rehab and apparently facing scrutiny from the U.S. government.

A U.S. official told the Daily Beast that the Treasury Department is investigating whether Rodman violated U.S. sanctions by importing luxury goods into North Korea.

During Rodman's latest trip to the isolated nation, the former NBA star was loaded with a bevy of gifts to honor Kim on his birthday. According to the Weekly Standard, Rodman gave Kim several luxury items, including European crystal, an Italian suit and  an English Mulberry handbag for Kim's wife. The entire trove of gifts was said to be worth more than $10,000.

Earlier this month, Irish bookmaker Paddy Power confirmed it had given Rodman a bottle of Jameson whiskey to give to Kim, but a company spokesman said they were "satisfied" that no U.N. sanctions had been broken.

Rodman recently launched his "Bad Ass Premium Vodka" and he was photographed with a bottle of it outside a Pyongyang hotel. A separate photograph posted to Twitter appeared to show Rodman displaying the vodka to Kim.

The 14-year NBA veteran, who was enshrined in the Naismith Memorial Hall of Fame in of 2011, already faces legal woes. In Dec. 2012, Rodman was found in contempt of court and ordered to pay $500,000 in back child support to his ex-wife.