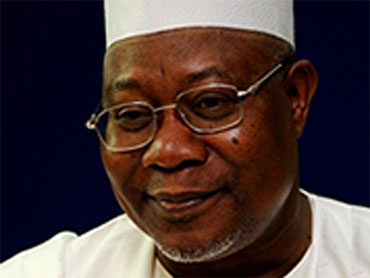 A prominent Nigerian banker warned authorities about his son's extremist religious views six months before he allegedly attempted to Christmas day, according to a local newspaper.

Alhaji Umaru Mutallab, the former chairman of the First Bank of Nigeria, said Saturday he is meeting with security officials in Abuja, Nigeria's capital, because he fears his son may have been the man taken into custody after the failed terrorist attack.

The elder Mutallab said his son, identified by U.S. officials as Umar Farouk Abdulmutallab, was a student in London. He said his son left London to travel, though he did not know where to.

Mutallab says: "I believe he might have been to Yemen, but we are investigating to determine that."

The Nigerian newspaper This Day, citing family members, reports Mutallab took his concerns about his son to the U.S. embassy and local authorities six months ago. A source close to him said he is surprised his son was allowed to travel to the U.S. after his warnings, according to the report.

On Saturday, a American official revealed the U.S. had known about Abdulmutallab's possible ties to terrorist groups for at least two years.

Abdulmutallab was on the Terrorist Identities Datamart Environment list, which is maintained by the U.S. National Counterterrorism Center, and includes about 550,000 names.

The attempted bombing happened as Northwest Airlines Flight 253 from Amsterdam prepared to land in Detroit just before noon Friday.

The attack began with a pop and a puff of smoke - sending passengers scrambling to subdue the suspect, who claimed to be acting on orders from al Qaeda to blow up the airliner, officials and travelers said.

Travelers said they smelled smoke, saw a glow, and heard what sounded like firecrackers. At least one person climbed over others and jumped on the man, who officials say was trying to ignite an explosive device.

"It sounded like a firecracker in a pillowcase," said Peter Smith, a passenger from the Netherlands. "First there was a pop, and then (there) was smoke."

The passenger who pounced on the suspect was later , a director from Amsterdam. In extinguishing the explosive device, Schuringa told CNN he suffered minor burns to his hands.

Afterward, the suspect was taken to a front-row seat with his pants cut off and his legs burned. Authorities told CBS News he suffered third-degree burns.

A high-ranking law enforcement official told CBS News that the suspect apparently used a syringe to inject a chemical into powder located near his groin, a technique . It's possible, the source said, that this incident was a test of whether the materials could pass screening and how effective they might be at causing damage.

Another official identified the explosive substance used as PETN, which was carried in a soft plastic container - possibly a condom - though much of the packaging was destroyed in the fire.

According to Encyclopedia Brittanica, PETN is a highly explosive, colorless organic compound, and is related to nitroglycerin.

The White House said it believed it was an attempted act of terrorism and on airline travel. Dutch anti-terrorism authorities said the U.S. has asked all airlines to take extra precautions on flights worldwide that are bound for the United States.

The incident was reminiscent of Richard Reid, who tried to destroy a trans-Atlantic flight in 2001 with explosives hidden in his shoes, but was subdued by other passengers.

"This does not strike us as having the earmarks of any kind of well-planned or well-orchestrated attack," a senior security official told CBS News justice correspondent Bob Orr.

But some officials are concerned the suspect might have been directed by others, pointing to the fact that he was seated near the bulkhead of the plane - a location where an explosion would do significant damage.

All the officials spoke on condition of anonymity because the investigation was continuing.

Intelligence and anti-terrorism officials in Yemen said they were investigating claims by the suspect that he picked up the explosive device and instructions on how to use it in that country. The officials spoke on condition of anonymity because they are not authorized to speak to the media.

The man was being questioned Friday evening. An intelligence official said he was being held and treated in an Ann Arbor, Mich., hospital. The hospital said one passenger from the flight was taken to the University of Michigan Medical Center in Ann Arbor, but referred all inquiries to the FBI.

Melinda Dennis, who was seated in the front row of the plane, said the man involved was brought to the front row and seated near her. She said his legs appeared to be badly burned and his pants were cut off. She said he was taken off the plane handcuffed to a stretcher.

One law enforcement official, also speaking on condition of anonymity, said Mutallab's name had surfaced earlier on at least one U.S. intelligence database, but he was not on a watch list or a no-fly list.

Mutallab also had "significant UK links" and was "most probably radicalized" there, a British counter-terrorism official told CBS News.

The suspect boarded in Nigeria and went through Amsterdam en route to Detroit, Rep. Peter King, the ranking GOP member of the House Homeland Security Committee, told CNN. A spokeswoman for police at the Schiphol airport in Amsterdam declined comment about the case or about security procedures at the airport for Flight 253.

Dutch airline KLM says the connection in Amsterdam from Lagos, Nigeria, to Detroit involves a change in carrier and a change in aircraft.

Schiphol airport, one of Europe's busiest with a heavy load of transit passengers from Africa and Asia to North America, strictly enforces European security regulations including only allowing small amounts of liquid in hand luggage that must be placed inside clear plastic bags.

A spokesman for the Federal Airports Authority of Nigeria, Akin Olukunle, said all passengers and their luggage are screened before boarding international flights. He also said the airport in Lagos cleared a U.S. Transportation Security Administration audit in November.

"We had a pass mark," Olukunle said. "We actually are up to standards in all senses."

Nigeria's information minister, Dora Akunyili, condemned the attempted bombing. She said the government has opened its own investigation into the suspect and will work with U.S. authorities.

"We state very clearly that as a nation we abhor all forms of violence," Akunyili said in a statement issued Saturday.

London's Metropolitan Police also was working with U.S. officials, said a spokeswoman who spoke on condition of anonymity in line with department policy. A search was under way Saturday at an apartment building where Mutallab is said to have lived in a posh West London neighborhood.

University College London issued a statement saying a student named Umar Farouk Abdulmutallab studied mechanical engineering there between September 2005 and June 2008. But the college said it wasn't certain the student was the same person who was on the plane.

Passenger Syed Jafri, a U.S. citizen who had flown from the United Arab Emirates, said the incident occurred during the plane's descent. Jafri said he was seated three rows behind the passenger and said he saw a glow, and noticed a smoke smell. Then, he said, "a young man behind me jumped on him."

"Next thing you know, there was a lot of panic," he said.

Federal officials said there would be heightened security for both domestic and international flights at airports across the country, but the intensified levels would likely be "layered," differing from location to location depending on alerts, security concerns and other factors.

Passengers can expect to see heightened screening, more bomb-sniffing dog and officer units and behavioral-detection specialists at some airports, but there will also be unspecified less visible precautions as well, officials said.

Sen. Jay Rockefeller, D-W.Va., the chairman of the Senate Commerce Committee, said in a statement he would hold hearings in January to look into the incident and related security issues.

The FBI and the Homeland Security Department issued an intelligence note on Nov. 20 about the threat picture for the holiday season, which was obtained by The Associated Press. At the time, officials said they had no specific information about attack plans by al Qaeda or other terrorist groups.

President Barack Obama was notified of the incident and discussed it with security officials, the White House said. Officials said he is monitoring the situation and receiving regular updates from his vacation spot in Hawaii.