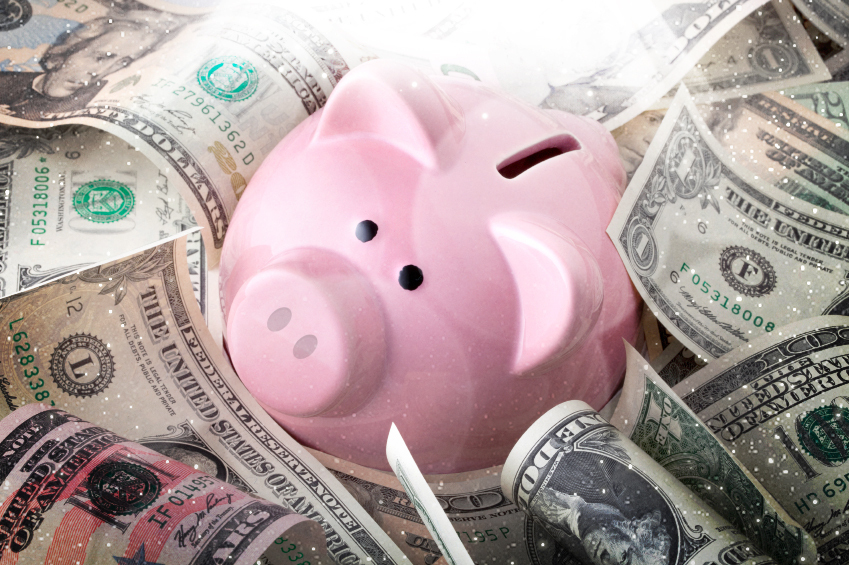 As millions of Americans get ready to file with the IRS, some big companies will pay little or no taxes this year - thanks to loopholes in U.S. tax laws. Firms can legally avoid paying taxes on money made in America by shifting profits offshore to countries with minimal or no taxes - places like Bermuda and the Cayman Islands.

According to a new report from U.S. Public Interest Research Group, 83 of the nation's 100 largest publicly traded corporations take advantage of these so called tax havens, costing the country billions in lost revenue. "Tax dodging is not a victimless offense," says U.S. PIRG analyst Dan Smith. "When companies use accounting gimmicks to move their profits to tax haven shell companies, the rest of us have to pick up the tab."

The consumer group's report, entitled "Picking up the Tab 2013," estimates "tax haven abuse costs the United States approximately $150 billion in tax revenues every year." That amounts to an average of $1,026 per taxpayer and $3,067 for small businesses, which typically cannot afford to use accounting tricks and may face a competitive disadvantage as a result.

The U.S. PIRG report also notes that Ugland House, a five-story office building in the Cayman Islands, is the registered address for more than 18,000 companies -- yet about half of these firms are U.S. subsidiaries using the location as a post office box.

Among the major corporations cited in the report for using tax havens are:

General Electric: GE has "more money parked offshore than any other U.S. company," with $108 billion and 18 subsidiaries in tax haven countries, according to its most recent SEC filing. Four years between 2002 and 2011, "the company paid no federal income tax while receiving subsidies from the government."

In a statement to CBS News, GE denied it wasn't paying its fair share, saying "GE pays billions of dollars in corporate income taxes to governments around the world, including U.S. federal income taxes, making it one of the highest payers of corporate income taxes." The company says it pays more than $1 billion annually in other kinds of taxes in the U.S., including state and local, and that GE supports tax reform to lower corporate rates and close loopholes.

Pfizer: Pfizer is ranked second among U.S. multinational corporations with the most revenue offshore, with 172 subsidiaries and $73 billion in tax haven states, according to its most recent SEC filing. U.S. PIRG's report concludes, "The world's largest drug maker made over 40 percent of its sales in the U.S. between 2010 and 2012, but managed to report no federal taxable income in the U.S. for the past five years."

When contacted by CBS News, the company issued this statement: "Pfizer complies with the appropriate tax law. We believe the report is inaccurate. Pfizer paid approximately $20 billion in taxes globally over the past five years, of which a substantial amount was paid in the U.S."

Microsoft: The software giant "pays its Puerto Rican subsidiary 47 percent of the revenue generated from its American sales, despite the fact that those products were developed and sold in the U.S." According to its most recent SEC filing, Microsoft has five subsidiaries and the third highest amount offshore, $60.8 billion, which is "70% of the company's cash." The report estimates Microsoft "would owe $19.4 billion on that income if it had to pay U.S. tax."

In response, Microsoft referred CBS News to the company's testimony last September before a Senate Committee looking at tax issues, saying "Microsoft's tax results follow from its business, which is fundamentally a global business that requires us to operate in foreign markets in order to compete and grow. In conducting our business at home and abroad, we abide by U.S. and foreign tax laws as written. That is not to say that the rules cannot be improved--to the contrary, we believe they can and should be."

Citigroup: This bank bailed out by U.S. taxpayers in the 2008 financial crisis "ranks eighth for most money sitting offshore," with 20 subsidiaries and $42.6 billion in tax haven countries, according to its most recent SEC filing, "on which it would owe $11.5 billion in taxes."

Citigroup responded to CBS News with a statement, saying "Citi operates in 101 countries globally, employing tens of thousands of local residents in the countries where we do business. Citi strictly abides by all tax laws in the United States and throughout the world."

U.S. PIRG is urging policymakers to close offshore loopholes and strengthen tax enforcement. Sen. Carl Levin, D-Mich., who is calling for tax code reform, issued this statement: "As this timely report shows, tax haven abuse takes an immense toll on the vast majority of American taxpayers who don't employ armies of lawyers and accountants to avoid paying the taxes they owe. We can no longer afford the damage these abuses do to the federal budget..."

The consumer group says tax haven abuse is a growing concern, especially at a time when the government faces sequestration - requiring painful cuts to balance the federal budget. Analyst Smith says, "It is appalling that these companies get out of paying for the nation's infrastructure, education system, and security that help make them successful."

For the full report, see next page.