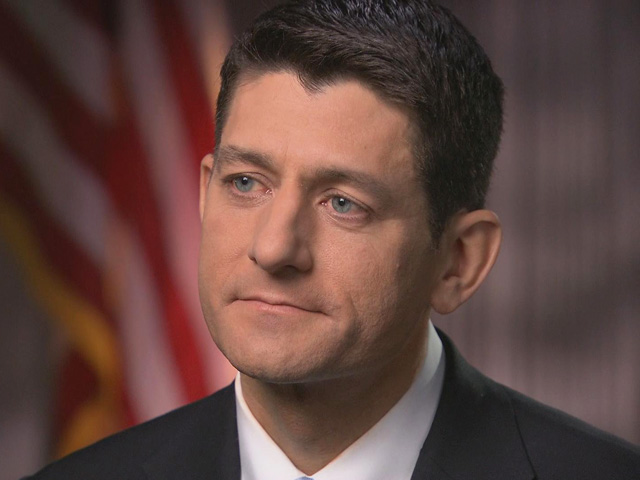 WASHINGTON -- President Barack Obama put the finishing touches on his State of the Union address Monday night. The speech is creating controversy even before he's delivered it. His advisors said Tuesday he plans to tell Congress he will use his executive powers to get at least part of what the Republican-controlled House won't give him. One of those things is an increase in the minimum wage -- at least for some workers.

The idea of using executive orders to go around Congress riles Republicans. John Boehner, the Speaker of the House, told CBS News Tuesday, "We do have a Constitution. If the president ignores it, he'll run into a brick wall."

SCOTT PELLEY: The president's going to say in his speech tonight that he's going to work with Congress where he can and go around you where he must. How does that sound to you?

REP. PAUL RYAN: Well, we each take an oath of office to swear to protect the Constitution. It sounds to me like he wants to go around the Constitution. If you want to write a law, the elected representatives here in the House and the Senate, the legislative branch, they're the ones who write laws. Presidents don’t write laws.

SCOTT PELLEY: What about immigration reform -- any hope for that?

REP. PAUL RYAN: I think there is hope for that. We intend to take this issue up here in the House. We do not like the Senate bill. We don’t think any time Congress passes a multi-thousand-page bill, it's a good idea.

SCOTT PELLEY: What are House Republicans willing to do on immigration that's a step towards the president's side of the aisle?

SCOTT PELLEY: You say no amnesty, but would you contemplate a situation where a person who's in this country illegally could go through certain steps and at least, if not citizenship, could obtain legal status in some way?

REP. PAUL RYAN: There's a way of doing that, not talking about citizenship, there's a way of doing that where a person can earn legalization. Some like a probationary status, where they have to go through acknowledging that they broke the law and make amends with that. Whether it's paying back taxes, fines, learning English, learning civics, making sure that they do things to make amends with the fact that they did not follow our law. And making sure that the federal government does its job securing the border

SCOTT PELLEY: We are two or three weeks away from this country having to raise its debt ceiling again, the amount of money that it can borrow to pay its bills. Are Republicans willing to do that without conditions, so that that piece of business just gets done and we don't have another government crisis?

REP. PAUL RYAN: Here's ..  we don't want to have a government crisis. That's one of the reasons why we had a budget agreement, which prevented two possible shutdowns from occurring this year. This is our concern with the president. His plan for jobs? Spend more money. His plan for taxes? Raise them. His plan to pay off the debt? He doesn't have one. So at least work with us on something to reduce the debt.

SCOTT PELLEY: Well, is the full faith and credit of the United States going to be in jeopardy again?

REP. PAUL RYAN: We will not default. I don't think the full -- no, it will not be in jeopardy again.