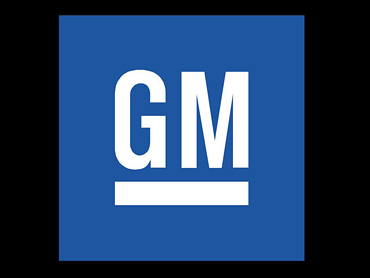 The board of Renault SA on Monday approved opening talks with General Motors Corp. over a possible new alliance with the French automaker and Nissan Motor Co. if the U.S. company wants the discussions, Renault said.

"The Board of Directors approved the position proposed Carlos Ghosn: Exploratory discussions with General Motors concerning a potential alliance could start if General Motors Corp. makes the proposal," the brief Renault statement said. Ghosn is the CEO of both Renault and Nissan.

Ghosn is considered the world's most successful auto executive, reports CBS News correspondent Barry Petersen. He runs Renault in France as well as Nissan and is constantly on the go around the world…

He turned around Nissan seven years ago when it had many of the same problems GM faces today: big losses, poor sales, unhappy workers and a dismal outlook.

"If you bring an attractive product and you bring a competitive product," Ghosn tells Petersen, "there are no other problems you can't solve." However, he says he would decline the chance to run GM because, "I'm not finished with my present challenge."

The Renault board met to discuss a proposal put forward by billionaire investor Kirk Kerkorian's Tracinda Corp. urging the U.S. automaker to join the alliance formed by Renault and its Japanese partner. Kerkorian holds 9.9 percent interest in General Motors.

The board of Nissan also met Monday and endorsed the idea of starting talks with General Motors. Like Renault it set a condition that GM endorse the proposal.

Media reports in Japan have said that Renault and Nissan could buy up to 20 percent of outstanding shares in GM. Details of the possible investment plan surfaced after Kerkorian proposed Friday that the American carmaker join the Nissan-Renault alliance.

French Finance Minister Thierry Breton said on Europe-1 radio Monday that he met several times over the weekend with Ghosn to discuss the possible deal.

The French government, which holds 15 percent of Renault, wants to ensure "that transparency is perfectly respected" in any deal, Breton said.

It remains unclear how much the investment would cost.

GM has been engaged in an extensive turnaround plan in North America amid declining profits, high labor costs and growing competition from Asian automakers. The automaker announced plans last year to close 12 plants by 2008 and earlier this week said 35,000 hourly workers had agreed to retire early or accept a buyout offer.