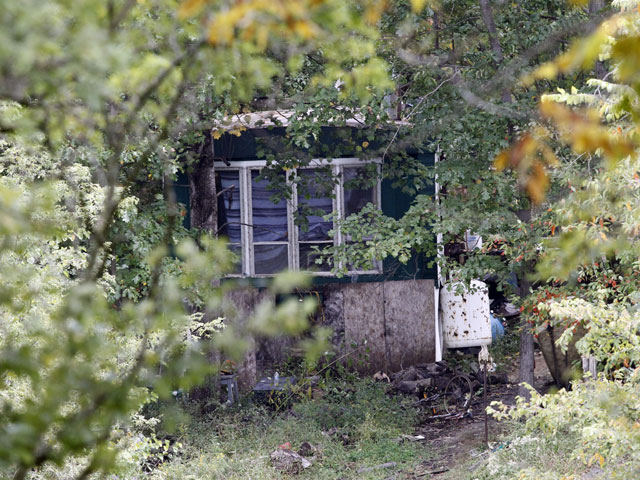 (CBS/WKRC/AP) LAUREL, Ind. - Relatives of some of the five people found dead in rural Indiana on Sunday now say they think drug activity is behind the deaths. Police say some of the victims were shot.

Neighbors said they had complained about drug activity in the area, and the sister of one victim said the family had been involved with drugs.

Teresa Richardson said the home where the bodies were found belonged to her sister's estranged husband, who lived there with their adult daughter and son. She said her sister was visiting them Sunday.

According to Richardson, police called her Monday afternoon and confirmed the four dead inside the home were her sister, Angie Napier, her sister's estranged husband, Roy Napier, daughter Melissa Napier and son Jacob Napier.

Richardson says the family had been involved with drugs and thinks their deaths were a "drug deal gone bad." A fifth person, identified as Henry Smith, was found dead on a nearby property. Indiana State Police Sgt. Jerry Goodin says some of the victims were shot, reports CBS affiliate WKRC.

Investigators are awaiting the autopsy report on one of the victims and say once that is complete, they plan to released more information about the deaths.

The bodies were discovered after a man and woman came across a 4-year-old girl, who apparently witnessed the deaths. The couple thought that the little girl was just lost.

"I opened the door and she clung to me and she said somebody's gotta help me. And I said, what's the matter baby? And he said, they're all dead. And I said who's dead? And she said mommy and pa-paw and ma-maw and someone else," Mary Jane Kessler told WKRC.

At a press conference on Monday night, officers said the little girl is safe but would not comment further on her whereabouts. Police also said they still don't know whether the alleged attacker is among the victims.