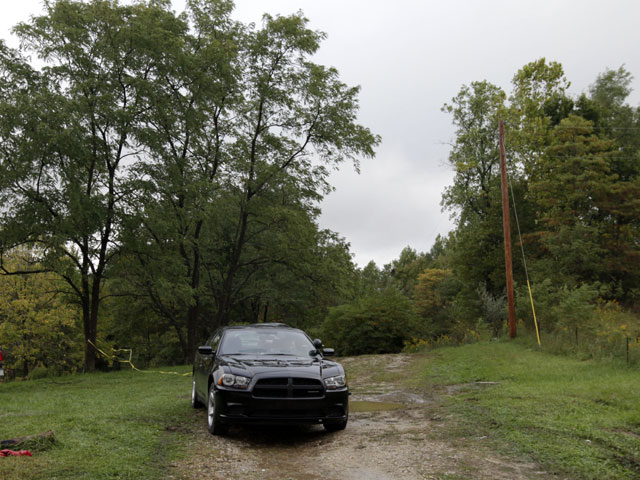 (CBS/WKRC/AP) LAUREL, Ind. - Five people were found dead on Sunday afternoon in two rural southeast Indiana homes after police were called to check on a small child wandering near the road.

The neighbors called Franklin County Police after finding the child and once the responding deputy heard the child's story, he decided to call for backup. Investigating officers then discovered the bodies of five people at two houses. One man was found at a house on one side of the road while two men and two women were found at a residence right across the street.

Police said it was not clear if any suspects remained on the loose or were among the dead. They also warned residents of the sparsely populated, wooded area near the town of Laurel to be careful. Police have not released any information on the victims.

"At this time, we have no idea if we have a single shooter or multiple shooters. We also do not know if the shooter or shooters is among the dead," Sgt. Jerry Goodin of the Indiana State Police said reports the station. "What we're telling people is to be cautious if you're in the area. Do not answer the door if people knock, if you see suspicious people or activity, call 911 immediately."

The child who was found wandering is safe, according to police. The Marion County coroner's office in Indianapolis was scheduled to perform autopsies Monday.