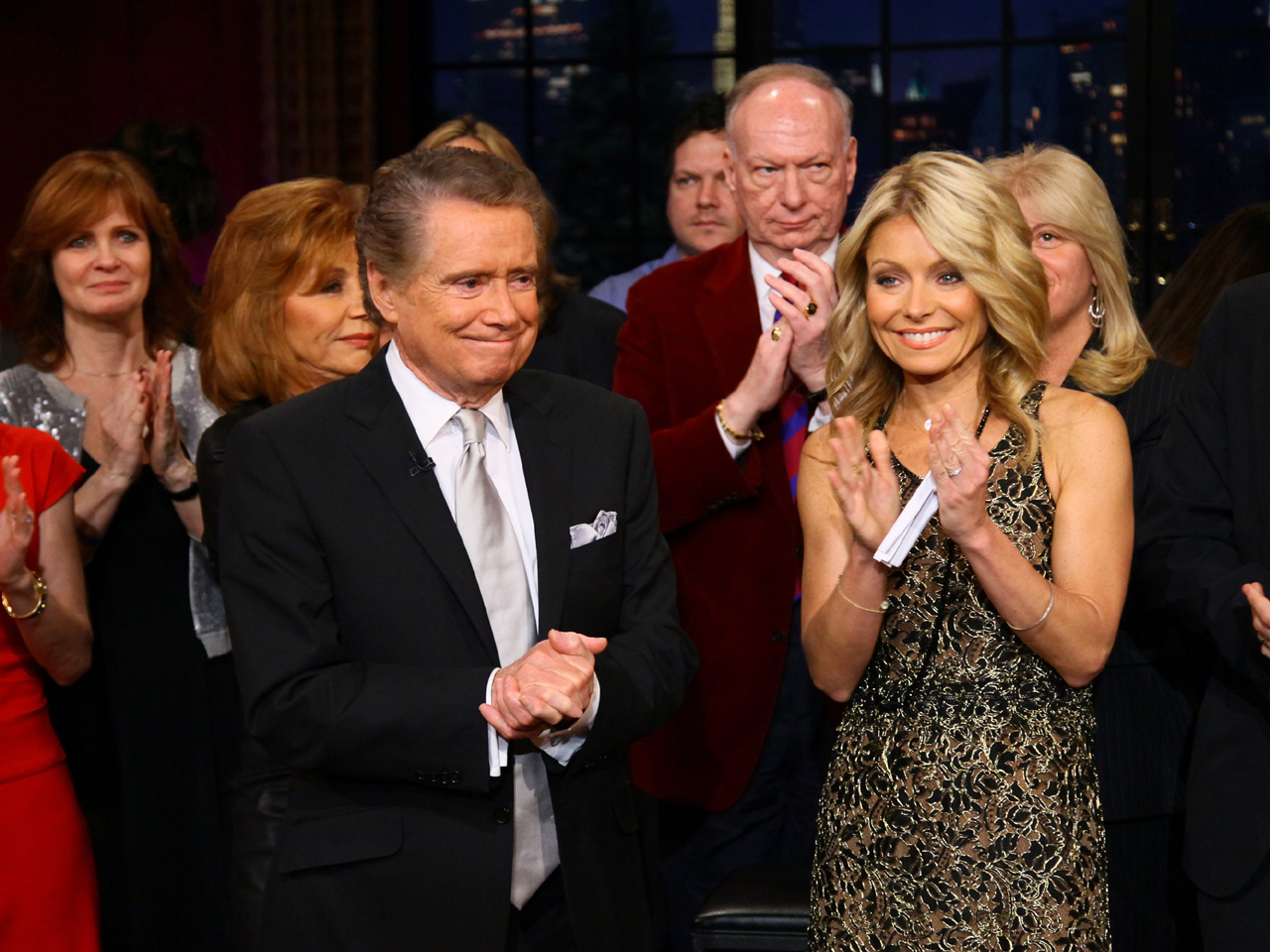 "Every time a contract got to be renewed, I would think about it and say, 'Maybe it's time,'" the 80-year-old Philbin told Katie Couric during a special edition of ABC's "20/20" this week. "Because most of the people my age are gone, long gone. And I just thought this was probably a good time to go."

So what's next for Philbin? He has hinted there may be something else in store, but told Couric, "If nothing comes up, fine, I've done it all anyway, believe me."

Lots of surprises are in store for the final show. As Philbin took his final walk on stage, he joked, "I can't take any more surprises."

Philbin and "Live!" co-host Kelly Ripa make their final walk to the "Live!" stage together. They tell each other "I love you."

It's impersonation time. Ripa tells Philbin, "There's nobody like you on the planet" prior to a montage of Regis impersonations dubbed "How to 'do' Regis."

We're seeing impressions by everyone from Tom Hanks and Ben Affleck to Neil Patrick Harris and Anderson Cooper.

Family and friends pay tribute to Philbin in a taped video segment. "He's not going to be happy if he stays home," said Joy Philbin, the host's wife of 41 years. So maybe this is not a retirement for Philbin?

There's a lot of build up to the infamous "honeymoon story," which Philbin and his wife finally reveal during the episode: Philbin dropped the ball on restaurant reservations.

Ripa gets choked up while introducing a dedication segment set to Uncle Kracker's "Smile."

"You always make me feel like a million bucks," Ripa told Philbin prior to giving a monologue about their experience on the show together. Philbin kept his composure, saying, "Oh my gosh, look at this," before giving Ripa a kiss on the cheek.

The cast of "Rent" arrived with a performance of the musical's signature song, "Seasons of Love," featuring new lyrics about Philbin's retirement.

Disney president and CEO Robert Iger showed up to pay tribute to Philbin and announce that a plaque will be installed outside of the ABC studios building. "The outpouring has been incredible," Iger said.

And in the end, Philbin had the final word, saying that over the course of 28 and half years, "We've had a wonderful show and a great time."

Philbin noted how he'll never be able to respond to all of the cards and letters he's received over the last few weeks, but told viewers, "I'll always remember these moments I spent with you."