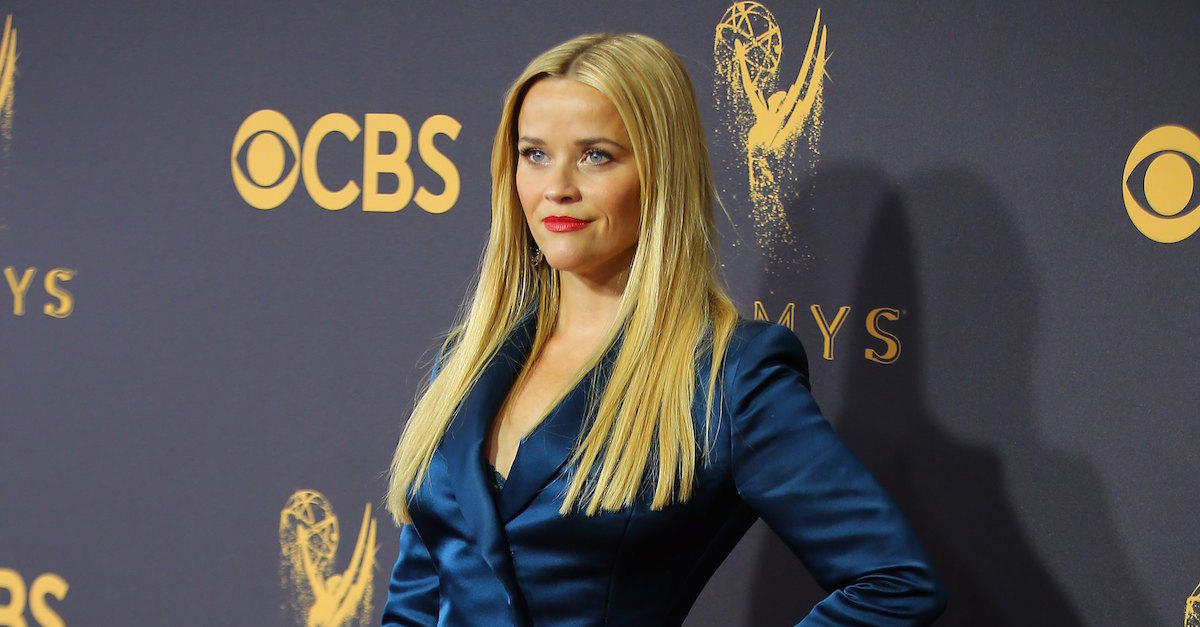 Spoiler alert: Reese Witherspoon and Meryl Streep's characters on "Big Little Lies" are going to have a contentious relationship that's ice cold -- at least in one episode. Paparazzi pics showed Witherspoon throwing an ice cream cone at Streep while the show was filming.

One Twitter user posted a photo of Witherspoon gearing up to throw the cone and wrote, "I am praying Reese pelts Meryl with that ice cream."

Witherspoon confirmed, "No need to pray. I got her!" She did not say, however, if it was nerve-racking to throw a frozen dessert at the most Oscar-nominated actor of all time.

In January, it was confirmed that Streep was joining the cast of "Big Little Lies" for Season 2. Streep will play Mary Louise Wright, the mother-in-law of Nicole Kidman's character, Celeste.

Mary Louise comes seeking answers about last season's violent death of her son, Perry, played by Alexander Skarsgard. In April, Kidman shared a photo of herself with Streep from the set of "Big Little Lies."

HBO says season two will focus on the the "malignancy of lies, the durability of friendships, the fragility of marriage ... and, of course, the vicious ferocity of sound parenting."