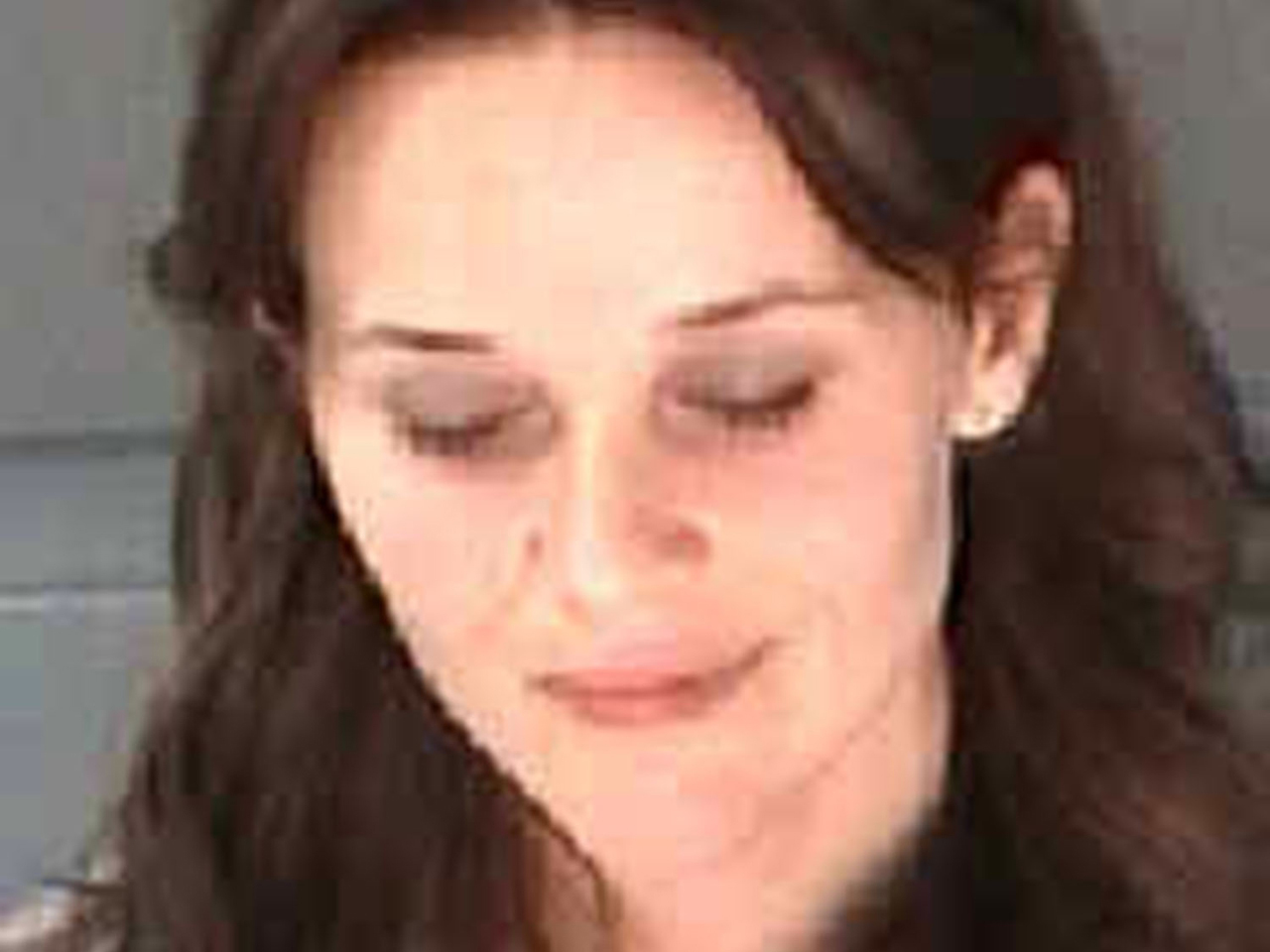 Reese Witherspoon said she is "deeply embarrassed" about what she said to police during the arrest of her and her husband during a traffic stop in Atlanta.

"Do you know my name?" Witherspoon is quoted as asking the state trooper who stopped the couple. She also said, "You're about to find out who I am" and "You're about to be on national news," according to the arrest report.

The Oscar-winning actress released a statement late Sunday apologizing for her behavior to police that began when her husband, Hollywood agent Jim Toth, was arrested early Friday for driving under the influence of alcohol.

"I clearly had one drink too many and I am deeply embarrassed about the things I said," Witherspoon said. "It was definitely a scary situation and I was frightened for my husband, but that is no excuse. I was disrespectful to the officer who was just doing his job. I have nothing but respect for the police and I'm very sorry for my behavior."

Witherspoon said she can't comment further "out of respect" for the pending case, and her publicist, Meredith O'Sullivan Wasson, offered no other details.

The 37-year-old actress was arrested on a charge of disorderly conduct after a state trooper said she wouldn't stay in the car while Toth was given a field sobriety test. She was released from jail after the arrest and was in New York on Sunday night for the premiere of her new film, "Mud."

News of the arrest broke shortly before Witherspoon arrived on the "Mud" red carpet. She posed for cameras on the red carpet but did not stop to talk to reporters.

"I can't say anything because I don't know," said director Jeff Nichols. "I literally - the first guy on the press line to say something was the first time I heard about it, so I gotta go figure it out."

Matthew McConaughey, who plays the lead role in "Mud" and is represented by Toth, said, "I'm not going to comment on that because it's too fresh."

According to the arrest report, the trooper noticed the car driven by Witherspoon's husband wasn't staying in its lane early Friday morning, so he initiated a traffic stop. He reported that Toth had droopy eyelids and watery, bloodshot eyes, and his breath smelled strongly of alcohol.

Toth told the trooper he'd had a drink, which Witherspoon said was consumed at a restaurant two hours before the traffic stop, the trooper wrote.

Before the field sobriety test began, Witherspoon got out of the car, was told to get back in and obeyed, the report said. After the "Walk the Line" star got out a second time, the trooper said he warned her that she would be arrested if she left the car again.

As the test continued, "Mrs. Witherspoon began to hang out the window and say that she did not believe that I was a real police officer. I told Mrs. Witherspoon to sit on her butt and be quiet," Trooper First Class J. Pyland wrote.

Toth, 42, was then placed under arrest. He was charged with driving under the influence and failure to maintain the lane.

At that point, the arrest report says, Witherspoon got out and asked the trooper what was going on. After being told to return to the car, she "stated that she was a 'US Citizen' and that she was allowed to 'stand on American ground,'" the report says.

The trooper then began to arrest Witherspoon. The report says Witherspoon was resistant at first but was calmed down by her husband. Toth and Witherspoon were then taken to jail.

A court hearing was scheduled for Monday at Atlanta Municipal Court, but E! News reports that Witherspoon's hearing has been rescheduled for May 22. Toth's next hearing is set for May 23.

Taylor Sheridan, the cowboy behind "Yellowstone"

The cool power of Peggy Lee
Thanks for reading CBS NEWS.
Create your free account or log in
for more features.
View CBS News In
CBS News App Open
Chrome Safari Continue
Be the first to know
Get browser notifications for breaking news, live events, and exclusive reporting.