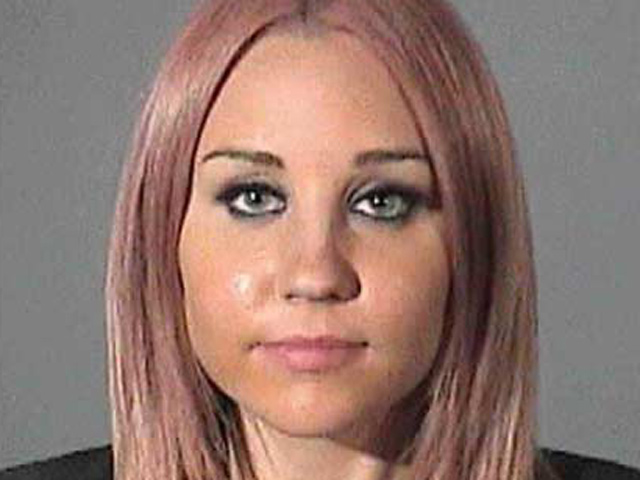 (CBS News) Amanda Bynes was arrested on suspicion of DUI early Friday in Los Angeles, after sideswiping a police vehicle with her car.

The West Hollywood Sheriff's Department said in a press release that the actress was trying to pass a police car in her black BMW at approximately 3 a.m., when she ended up colliding with the vehicle.

"There was minor paint transfer damage to both vehicles," the statement continued. "Amanda Bynes was subsequently arrested for driving under the influence and booked at West Hollywood Sheriff's Station."

According to TMZ, the actress, who celebrated her 26th birthday on April 3, was still behind bars Friday morning. Bail has reportedly been set at $5,000.

This is not the actress' first run-in with the law. She was also pulled over on March 7 for allegedly talking on her cell phone, and she reportedly drove away from the scene before the ticket was written. She was not arrested, TMZ reports, and she returned to the police station later in the day to sign her ticket.