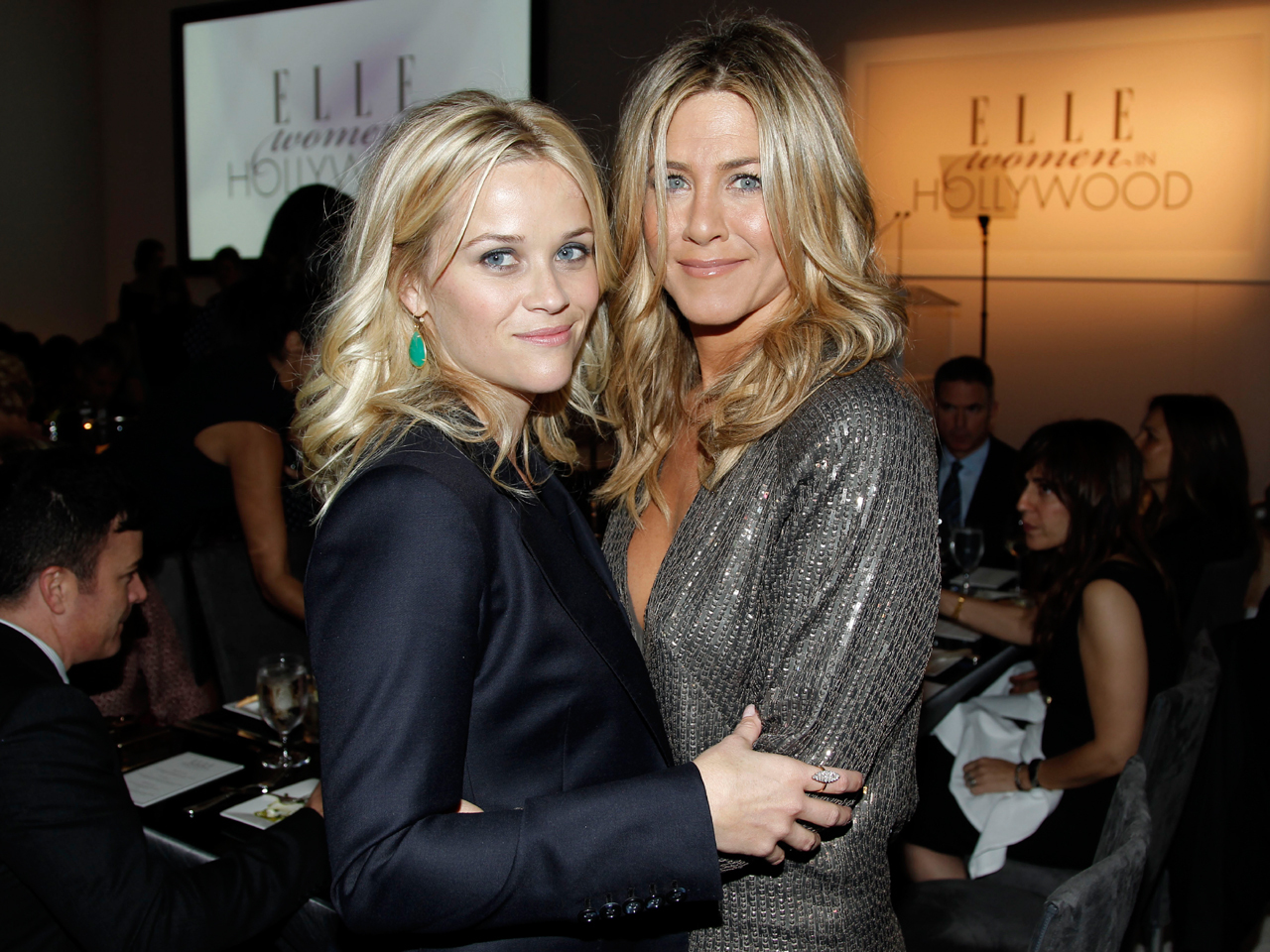 The Apple streaming service said Wednesday the actresses will star in and produce a behind-the-scenes drama series about a TV morning show.

Aniston came to fame as Rachel on the hit NBC comedy "Friends," which aired from 1994 to 2004. She then focused on films, including "Office Space," ″Bruce Almighty" and "Marley & Me."

The Oscar-winning Witherspoon ("Walk the Line") made a TV splash last season with HBO's Emmy-winning series "Big Little Lies," which she starred in and produced with Nicole Kidman.

The new series marks a TV reunion for its stars, and Witherspoon seems thrilled. She wrote on Instagram, "So excited to be back and reunited with this one-of-a-kind lady! Can't wait for y'all to see what we have in store. #FunThingsToCome,"

Landing the buzzed-about project represents a coup for Apple, which said it's ordered two seasons but didn't announce the show's title, release date or whether the shows will be distributed on iTunes or a different platform.

The series was described by Apple as "an inside look at the lives of the people who help America wake up in the morning, exploring the unique challenges faced by the women (and men) who carry out this daily televised ritual."

It will draw on "Top of the Morning: Inside the Cutthroat World of Morning TV" by Brian Stelter, CNN senior media correspondent. The 2013 book relates the rivalry between NBC's "Today" and ABC's "Good Morning America."

Stelter is a consultant on the drama, and Jay Carson ("House of Cards") is writing the pilot and is an executive producer along with Witherspoon and Aniston.

The show and Steven Spielberg's reboot of his "Amazing Stories" 1980s anthology series are the first two original dramas ordered by Apple and follow the hiring earlier this year of Zack Van Amburg and Jamie Erlicht to oversee video content.

Aniston told Variety she wanted to return to TV.

"I've thought about it a lot. That's where the work is," she said. "That's where the quality is. At this point in my career, I want to be part of wonderful stories, exciting characters and also just having a good time."