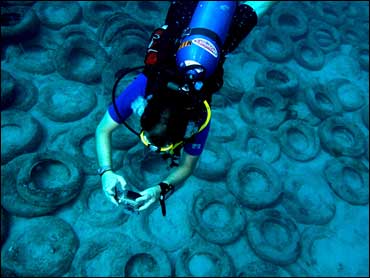 Less than a mile offshore from this city's high-rise condos and beachside bars, where glitz and glamour mix with spring break revelry, lies an underwater dump — up to 2 million old tires strewn across the ocean floor.

A well-intentioned attempt in 1972 to create what was touted as the world's largest artificial reef made of tires has become an ecological disaster.

The idea was simple: Create new marine habitat and alternate dive sites to relieve pressure on natural reefs, while disposing of tires that were clogging landfills.

Little sea life has formed on the tires. Some of the bundles bound together with nylon and steel have broken loose and are scouring the ocean floor across a swath the size of 31 soccer fields. Tires are washing up on beaches.

Thousands have wedged up against the nearby natural reef some 70 feet below the sea surface, blocking coral growth and devastating marine life. Similar problems have been reported at tire reefs worldwide.

Gov. Charlie Crist's proposed budget includes $2 million to help to dispose of the tires. Broward County will manage the work onsite, and military divers will use the effort as part of their annual training missions at no cost to Florida.

A monthlong pilot project is set for June. The full-scale salvage operation is expected to run through 2010 at a cost to the state of about $3.4 million.

"The size of the salvage job has just been way too massive and expensive for county and state government to handle alone," Nuckols said.

Ray McAllister, a professor of ocean engineering at Florida Atlantic University, was instrumental in organizing the 1970s tire reef project with the approval of the U.S. Army Corps of Engineers.

McAllister helped found Broward Artificial Reef Inc., which got tires from Goodyear and organized hundreds of volunteers with boats and barges. A Goodyear blimp even dropped a gold-painted tire into the ocean at the site to commemorate the start. It's unclear how much it cost to build the reef, but McAllister said his group raised several thousand dollars. The county also chipped in, and Goodyear donated equipment to bind and compress the tires.

A 1972 Goodyear news release proclaimed the reef would "provide a haven for fish and other aquatic species," and noted the "excellent properties of scrap tires as reef material."

"The really good idea was to provide habitat for marine critters so we could double or triple marine life in the area," McAllister said. "It just didn't work that way. I look back now and see it was a bad idea."

In decades past, tire reefs were created off coastal states and around the world from Australia to Africa.

"We've literally dumped millions of tires in our oceans," said Jack Sobel, a senior Ocean Conservancy scientist. "I believe that people who were behind the artificial tire reef promotions actually were well intentioned and thought they were doing the right thing. In hindsight, we now realize that we made a mistake."

No one can say with certainty why the idea doesn't work, but one problem is that, unlike large ships that have been sunk for reefs, tires are too light. They can be swept away with tides and currents from powerful storms, and marine life doesn't have a chance to attach. Some scientists also believe the rubber leeches toxins.

Virginia tried it several decades ago but Hurricane Bonnie, which hit the coast as a Category 3 storm in 1998, ripped the tires loose, sending them on a slow march south. They eventually littered some North Carolina beaches.

New Jersey scientists thought they had a solution to the weight problem — in 1986, the state began a small reef project with about 1,000 tires split in half, bound together and weighted with concrete.

"We had to go up and down the coast of New Jersey and collect 50 to 100 of those pieces that were all along the beaches," said Hugh Carberry of New Jersey's Department of Environmental Protection.

The state then hatched a new plan to stack tires 10-high and fill the cylindrical centers with concrete. Each bundle weighed about a ton.

While they stayed in place, scientists soon learned it was cheaper and more effective to make the reefs out of concrete balls because the tires didn't have enough surface area for marine life to attach.

Indonesia and Malaysia mounted enormous tire reef programs back in the 1980s and are just now seeing the ramifications from littered beaches to reef destruction, Sobel said.

Most states have since stopped using tires to create reefs but they continue to wash up worldwide. In 2005, volunteers for the Ocean Conservancy's annual international coastal cleanup removed more than 11,000 tires from beaches.

The tires retrieved from the waters off Fort Lauderdale will be chipped for use in road projects and burned for fuel, among other reuses, as part of Florida's overall aggressive tire disposal program, said Michael Sole, chief of the state's Department of Environmental Protection.

"It's going to be a huge job bringing them all up," Sole said. "It's vigorous work. You have to dig the tires out of the sand."

Broward County marine biologist Kenneth Banks said the tires have degraded little, still bearing raised writing and whitewalls. They were dumped on sandy bottom between two natural reefs running parallel to shore. The biggest problem now is the loose tires gathered along the backside of the inner reef.

"If you look there now on the lower reef face there's two or three tires deep and nothing under it. Things just can't live there," Banks said. "It's hard to dive anywhere out there without seeing tires. It's really overwhelming ... like a landfill." 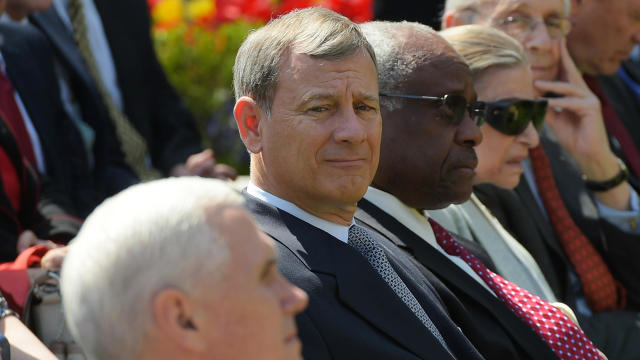 So far, less than half of the jobs lost in March and April have returned.