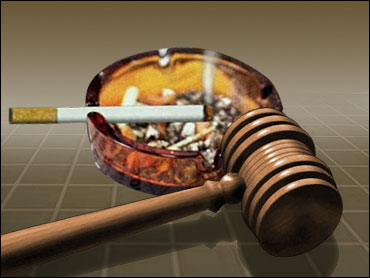 Ken Harvey finally got a sack. In fact, he got two. Cris Dishman finally made an interception, then followed it with another one. Darrell Green made another splendid play to prevent a touchdown. Even Dan Wilkinson picked off a pass.

Led by its veterans, the Washington defense gave the kind of performance expected of a team that was supposed to be a contender in the NFC East.

Instead, Sunday's 28-3 victory over Philadelphia means only that the Redskins (2-8) are no longer in the cellar -- they're now sharing it with the hapless Eagles (2-8), who once again displayed an attack that is going nowhere.

"It's too late for us to play as well as we wanted to play," said running back-kick returner Brian Mitchell, who had 131 all-purpose yards for his second big game in as many weeks. "But with six, seven games left, we can go out there and try to win all the games we have left - have a little pride."

The Redskins started the day having allowed a NFL-worst 30 points per game and played without injured defensive starters Dana Stubblefield and Jesse Campbell, but the Eagles - averaging a league-low 9.2 points - couldn't block and Bobby Hoying was ineffective even in a simplistic, conservative attack.

Philadelphia coach Ray Rhodes, his head down and speaking very softly, called it "by far the worst loss of the year" - even though his team has already been shut out 38-0 and 34-0 at home.

"Bottom line, we got to find a way to score points," Rhodes said. "Last week (a 10-9 victory over Detroit), we didn't turn the ball over. This week, they convert two turnovers into 14 points."

One stat said it all: The Eagles were an amazingly inept 2-for-12 in short-yardage situations -- third and fourth downs with one or two yards to go -- against one of the worst run defenses in the league.

"This is the most frustrated I've even been in y life," Hoying said. "It's pitiful. Our defense is playing hard, but we're the reason we're losing these games."

After an 0-7 start, including the 17-12 defeat at Philadelphia on Oct. 11 in the first-ever meeting between two 0-5 teams in the NFC East, the Redskins have won two out of three. It would be three out of three if it weren't for the Cardinals' winning field goal with two seconds remaining in a 29-27 loss at Arizona last week.

Hoying, 16-for-34 for 118 yards and three interceptions before being replaced by Koy Detmer in the fourth quarter, was sacked five times and picked off twice deep in his own territory, setting up two short Redskins touchdown drives.

Dishman, burned for several big plays early in the season, had the first two interceptions by a Washington cornerback this season, and four-time Pro Bowl linebacker Harvey finally got to the quarterback for the first time in 1998. Green, who implored his teammates to "go out there and have fun" in a pregame speech, reached over Irving Fryar to deny a touchdown in third quarter.

"Unfortunately our team has been so inconsistent," said Green, who left the game with a bruised left knee. "This is why we continue to work hard, because this is what we hope for. This is what drives you, the hope of having success like we did today."

Late in the first quarter, Kelvin Kinney stretched his arms above his 6-foot-6 frame to tip Hoying's screen pass attempt. The deflection fell to Wilkinson for his second career interception, giving the Redskins first-and-goal at the 10. Three plays later, rookie Skip Hicks scored on a 1-yard run, his first of three touchdowns to make it 7-0.

The Eagles got the same kind of break in the second quarter when quarterback Trent Green fumbled for the 11th time this season. Al Wallace knocked the ball loose, and Hugh Douglas recovered at the 8.

But, unlike the Redskins, the eagles couldn't punch it in. A pass attempt on third-and-goal from the 2 went wrong when Hoying was put under pressure, and Philadelphia had to settle for Chris Boniol's 19-yard field goal.

The Redskins made it 14-3 when Mitchell carried three times for 36 yards, leading to Hicks' 1-yard run with 22 seconds left in the half.

A 56-yard pass from Green to Albert Connell extended the lead to 21-3 in the third quarter. In the fourth, Dishman returned an interception to the 1, setting up Hicks' 5-yard TD run two plays later.