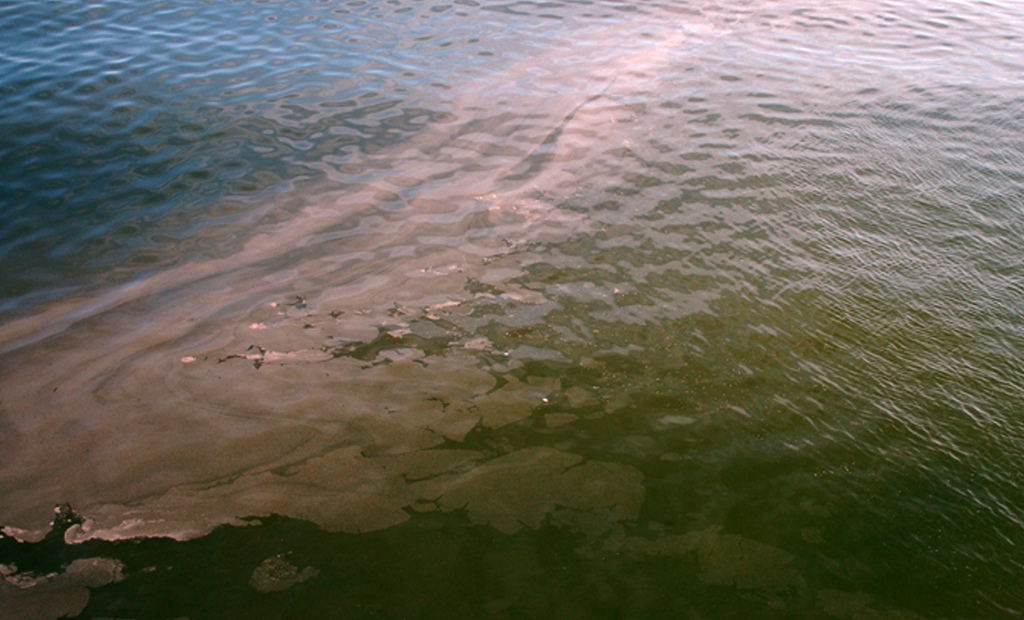 Toxic algae known as red tide has been wreaking havoc on Florida's Gulf Coast for months and has now spread to the state's Atlantic beaches. As Hurricane Michael approaches, experts say the storm could have an impact on red tide, and not necessarily in a good way.

"There are two possibilities," Dr. David Hastings, a professor of Marine Science and Chemistry at Eckerd College, told CBS Tampa affiliate WTSP. He says the different scenarios come down to the wind and the amount of rain.

"The hopeful one is that strong winds from the hurricane blow red tide offshore," Hastings said.

However, if Hurricane Michael turns into a rainmaker, it could be bad news.

"The heavy rain will dilute farm and agriculture areas of all the nutrients, nitrates, phosphates and rain them into the beaches and coastal areas that serve to fertilize the red tide — exactly what we don't want," he explained.

Hastings says heavy rain and runoff could turn the already 145-mile-long toxic algae bloom that stretches more than 10 miles out into the Gulf into an even bigger problem.

What is red tide?

Red tide is a term that describes a harmful algal bloom that occurs when colonies of plantlike organisms called alga that live in the sea and freshwater grow out of control. These plants produce toxins that can have harmful effects on people, fish, shellfish, marine mammals and birds.

The algae species that causes the most red tides in Florida and the Gulf of Mexico is called Karenia brevis, often abbreviated as K. brevis.

How common is red tide?

Harmful algae blooms have been reported in every coastal state in the U.S., and their occurrence may be on the rise, according to the National Oceanic and Atmospheric Administration's National Ocean Service.

Florida's Gulf Coast has been hit particularly hard by red tide this summer, causing a massive die-off of fish and other sea life. There have been 57 Gulf Coast outbreaks since 1953.

Health officials say red tide is much less common on the state's Atlantic Coast, with only eight outbreaks since 1953. Recently, red tide has been detected in Palm Beach and Miami-Dade counties, where certain beaches have been closed as a result.

What are the health effects of red tide?

Red tides produce toxic chemicals that can affect both marine life and humans. K. brevis produces toxins that can affect the central nervous system of fish and other vertebrates, causing these animals to die.

Waves can break open K. brevis cells and release these toxins into the air, which can in turn lead to respiratory problems in people.

Individuals with severe or chronic respiratory conditions, such as emphysema or asthma, are at a higher risk of serious illness from red tide.

The toxins can also accumulate in molluscan filter-feeders, including oysters and clams, which can lead to neurotoxic shellfish poisoning in people who eat contaminated shellfish.

How can I stay safe from red tide?

Experts recommend using common sense and listening to local officials about whether or not it is safe to go to the beach.

While swimming can be safe for some people during red tide, others may suffer skin irritation and burning eyes. People with respiratory problems or illness should avoid the beach when red tides are present.

If you experience irritation, get out of the water and thoroughly wash off.

All people should avoid swimming among dead fish, as they can be associated with harmful bacteria.

Additionally, recreational harvesting of hard clams, oysters and mussels is banned during red tide closures and those from affected areas should not be eaten.

According to the Florida Fish and Wildlife Conservation Commission, store-bought and restaurant-served shellfish are safe to eat during a bloom because they are often not locally harvested and are monitored by the government for safety.

Crabs, shrimp and lobsters are not affected by the red tide organism and can be eaten.

How can I protect my pet from red tide?

Pets, particularly dogs, can also be affected by red tide. If you live close to the beach, consider keeping your pets indoors during a bloom to prevent respiratory irritation.

When at the beach, do not let dogs play with dead fish or foam that washes up on the beach during or after a red tide.

If your dog swims in red tide, wash him off immediately, as most dogs lick themselves after swimming and will consume any toxins on their fur.