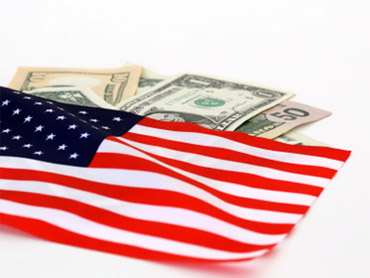 In campaign 2010, we're down to the last eleven days in the battle for control of Congress. And the money being spent this year is phenomenal -- nearly one billion dollars so far on House races alone.

Nearly one billion dollars chasing more than 182 million potential voters - that works out to at least $5 a voter.

In terms of election money -- there's never been anything like it. The conservative group American Crossroadshas spent nearly a quarter million dollars per day this month.

Sheila Krumholz of the Center for Responsive Politicspredicts "$3.7 billion will be spent on this midterm election."

For the first time in a midterm election outside groupsare outspending the official Democratic and Republican parties.

Tens of millions are being given anonymously through groups that don't have to disclose details.

There's never-before-seen volume and spending on ads - up 75 percent over 2008.

Professor Erika Franklin Fowler of Wesleyan Universitysaid, "in the last five weeks, interest groups have spent about $65 million in the top races in the country, which is an unprecedented number."

The newest numbersshow Democrats with a $20 million advantage in traditional spending by party committees.

Democrats have long held the lead in outside spending. But this year, the Supreme Court loosened the rules.And it's not hard to see why so many liberals are angry: the scales have tipped the other way.

Ironically, it was Republicans lambasting outside spending groups in 2004. They're happily embracing the new world order in 2010.

"We're going to put it to good use to defeat Democrats who have supported the president's agenda," Karl Rove said.

The Chamber of Commerce - a vocal opponent of Democrats - is now the top outside spender: $28 million. Not far behind are two conservative groups: American Crossroads ($16.2 million) and Crossroads GPS (11.48 million.)

Watchdogs say more ads and information can be good - but voters can't judge their credibility when donors are secret.

"Right now it's completely opaque in many cases," Krumholz said. "We just cannot know and we'll never know who is ponying up the money."

For better or worse, insiders on both sides believe the big money will indeed affect the outcome. As one told me: when the smoke clears, you'll be able to point to scalps claimed due directly to the unparalleled spending. It matters.