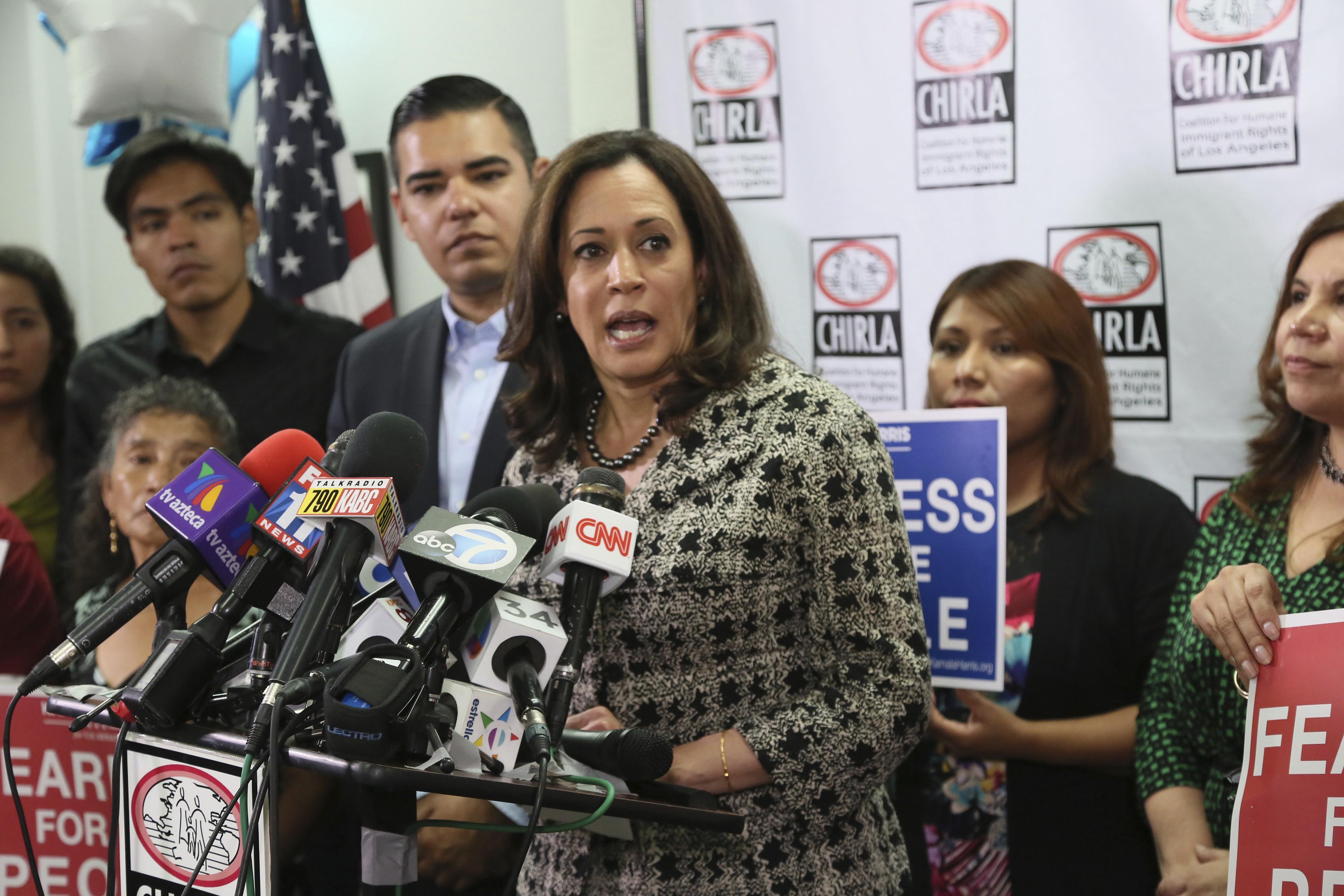 Even as the top of the Democratic ticket lost big on Election Night, Democrats can still take comfort in another record-breaking moment: On Tuesday, American voters elected an unprecedented number of minority female lawmakers to the Senate, bringing the total of minority women in the upper chamber to four.

California Attorney General Kamala Harris, who is part African American and part Indian-American, won her Senate race against another woman of color, Loretta Sanchez. Harris will be the first Indian American to serve in the Senate.

Rep. Tammy Duckworth, who was born in Thailand to an American father and a Thai mother, won her Senate battle in Illinois against incumbent Sen. Mark Kirk. The win for Duckworth, who is a double amputee who lost her legs serving in the Iraq War, is especially notable after Kirk cracked a racially-tinged joke about her Thai heritage and her family’s history of military service during a closely watched Senate debate.

In Nevada, former Attorney General Catherine Cortez Masto, who is Hispanic, won her tight race against Republican Rep. Joe Heck for the seat of retiring Senate Minority Leader Harry Reid. She will be the nation’s first Latina senator.

The three join Hawaii Sen. Mazie Hirono, who immigrated from Japan when she was seven years old. Hirono, elected in 2013, is the only woman of color currently serving in the upper chamber, and only the second non-white woman to be elected to the Senate. (The first was Illinois Sen. Carol Moseley Braun, in office between 1993 and 1999.)

According to a count by EMILY’s List, the 115th Congress will be the most diverse in history because of Democratic women of color. The organization, which is dedicated to electing pro-choice Democratic women to Congress, counts that there will be 38 minority women in the House and Senate (35 Democrats and 3 Republicans).

“Perspectives matter, and our women bring much-needed voices to Congress to lead on policies that matter to women and families,” Stephanie Schriock, president of EMILY’s List, said in a statement. “Each of these new voices is a beacon of hope for our movement.”

In a message on Facebook, Cortez Masto gave a nod to her historic win.

“I believe our diversity is our strength. As the first Latina Senator I will use my seat at the table to fight for diversity,” she wrote. “To Nevada and the country: la lucha sigue.”