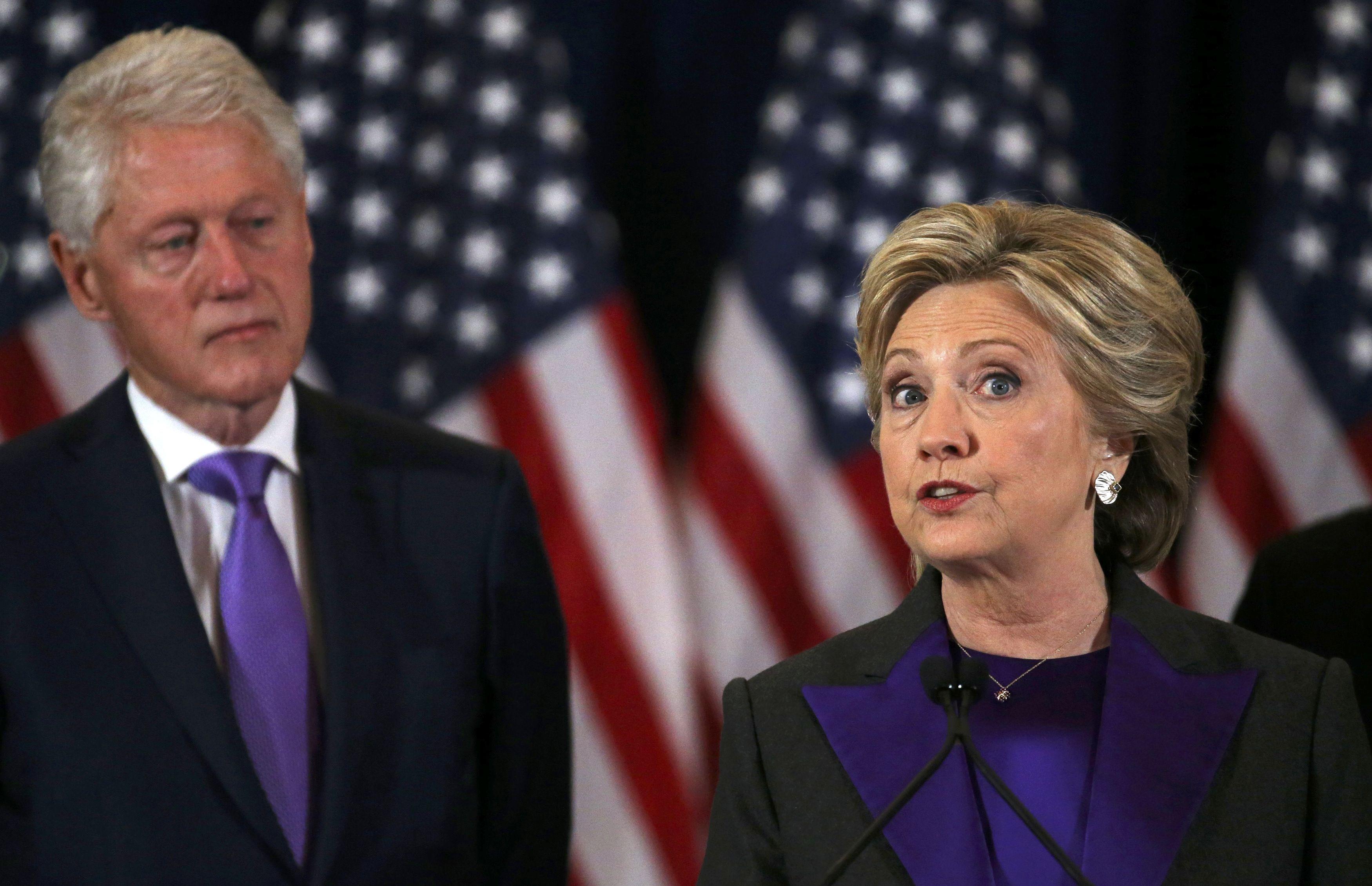 Hillary Clinton conceded the U.S. presidential election publicly to Donald Trump in a pained speech Wednesday morning, hours after the race was called and Trump declared victory with 289 electoral votes, even as a few states remained to be tallied.

“Last night I congratulated Donald Trump and offered to work with him on behalf of our country,” she said at the Wyndham New Yorker Hotel, where the Democratic nominee was greeted with cries of “We love you!” by supporters. “I hope that he will be a successful president for all Americans.”

Clinton, reading from a teleprompter, apologized to her backers, acknowledging that “This is not the outcome we wanted or we worked so hard for.”

“I’m sorry that we did not win this election for the values we share and the visions we hold for our country,” she said. “But I feel pride and gratitude for this wonderful campaign that we built...You represent the best of America and being your candidate has been one of the greatest honors of my life.”

Addressing the disappointment faced by her supporters, Clinton said, “This is painful and it will be for a long time.”

But the Democratic nominee urged Americans to “accept this result” and the peaceful transfer of power.

“Donald Trump is going to be our president,” she said. “We owe him an open mind and the chance to lead.”

Despite her concession, Clinton also pushed for her Democratic supporters to continue their political activism.

“This loss hurts,” she said. “But please never stop believing that the fight for what’s right is worth it.”

She gave thanks for the prominent members of her coalition, including President Obama and her own family and close circle of aides.

To Mr. Obama, Clinton said, “Our country owes you an enormous debt of gratitude. We thank you for your graceful, determined leadership that has meant so much to so many Americans.”

Clinton told her family and staffers: “My love for you means more to me than I can express.”

She did not deliver a concession speech overnight, instead sending her campaign chairman, John Podesta, to give the news to supporters at New York’s Javits Center, where Clinton was scheduled to hold an Election Night bash. Podesta left her backers in suspense, however, when he said the race was still “too close” to call.

“They’re still counting votes, and every vote should count,” he said, adding: “We’re not going to have anything more to say tonight.”

But soon after, Clinton -- whose electoral vote count remains at 218 with three state races still too class to call -- gave a private concession to Trump in a phone call early Wednesday morning, shortly after polls closed across the U.S. and results flooded in. Trump mentioned the call during his own victory speech at the Hilton Hotel in midtown Manhattan.

Trump’s victory surprised not only the Clinton campaign, but nearly all pollsters carefully keeping an eye on national sentiments. Clinton, who was expected to pull off a historic victory, actually lost ground in states that had been reliable Democratic strongholds like Wisconsin and Michigan and faltering in critical battlegrounds like Florida, Pennsylvania, and Ohio.

Addressing these losses, Clinton said in her concession speech, our nation “is more deeply divided than we thought.”

The first female nominee of a major party closed with a hopeful message to young girls and women: “I know we have still not shattered the highest, hardest glass ceiling but someday, someone will...Never doubt that you are valuable, and powerful, and deserving of every chance and every opportunity in the world.”

“Nothing has made me prouder than to be your champion,” she said.