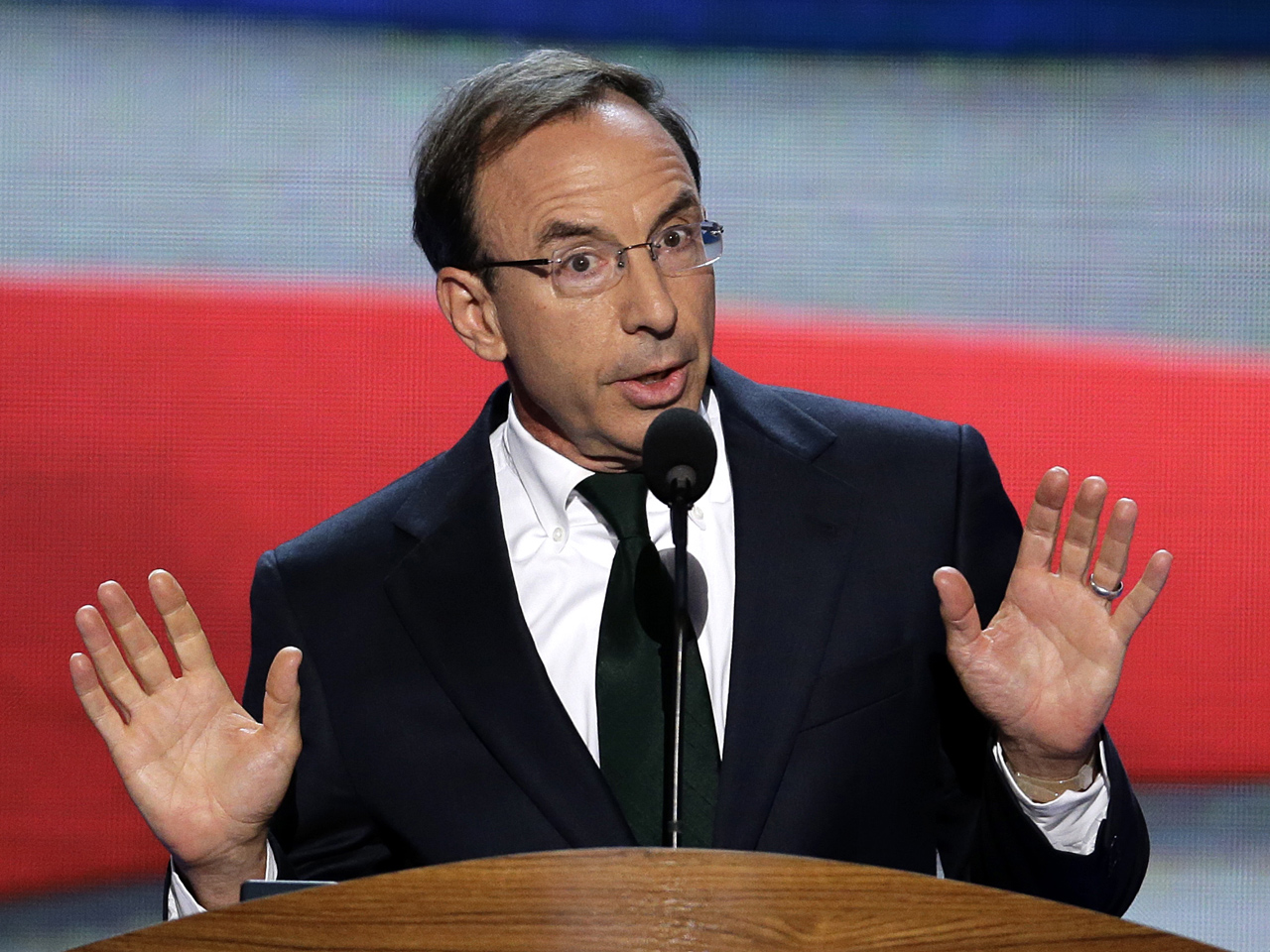 (CBS/AP) WASHINGTON - The Democratic National Convention is a watershed event for the U.S. gay rights movement, which never before has been embraced so warmly by a major political party.

There's a platform endorsing same-sex marriage, a roster of speakers that includes three gay members of Congress, and a record number of gay, lesbian, bisexual and transgender delegates hailing from all 50 states - 486 in all, more than 8 percent of the total.

"We've been an underrepresented demographic in politics for a long time," said Jerame Davis of National Stonewall Democrats, a gay-rights affiliate of the party. "Finally seeing us appropriately represented is just a thrill."

DNC Treasurer Andrew Tobias addressed the crowd Tuesday night, and he talked about how proud he was as a gay man of his political party.

"The Democratic Party under the leadership of Barack Obama has dramatically improved the lives of millions of lesbian, gay, transgender and bisexual Americans and at no cost to anyone else," Tobias said, according to the Wisconsin Gazette.

The large role for gays and lesbians at the gathering to launch President Barack Obama on his bid for re-election is a striking contrast with last week's Republican convention. The Republicans ratified a platform opposing gay-rights priorities and was attended by perhaps a few dozen openly gay delegates. It also shows how far the Democrats have evolved since former President Bill Clinton, now a staunch supporter of same-sex marriage, signed a bipartisan bill in 1996 defining marriage as a one-man, one-woman union.

Obama took office in 2009 as a self-described "fierce advocate" for gay rights, yet for much of his first term he drew flak from impatient activists. They were frustrated that he wouldn't endorse same-sex marriage and wanted him to move faster to enable gays and lesbians to serve openly in the military.

The military's "don't ask, don't tell" policy was repealed a year ago, and in May the president completed what he had called a personal "evolution" by endorsing gay marriage. Within days of that announcement, previously reticent gay donors pumped several million dollars into Obama's campaign fund, and his backing from the gay-rights groups has been enthusiastic ever since.

The Democrats' convention in Charlotte, North Carolina, this week serves as a celebration by those groups and their supporters, many of whom thronged into gay-oriented events on Tuesday. They were looking forward to speeches from three gay Democrats in the House of Representatives - Reps. Jared Polis of Colorado, Barney Frank of Massachusetts and Tammy Baldwin of Wisconsin, who is campaigning to become the first openly gay U.S. senator.

The convention marks the first time that goals were set for each state delegation in regard to how many LGBT delegates they should include. According to the Stonewall Democrats, 38 delegations met or exceeded their goal, and three states - Alaska, Arkansas and Mississippi - have openly gay delegates for the first time.

Davis acknowledged that 8 percent of the delegates might seem like an overrepresentation of gays and lesbians, given that many experts believe their share of the adult U.S. population is less than half that figure. But Davis argued that the delegate share accurately reflected gays' importance to the Democratic Party in terms of financial support and voter loyalty.

Robert Loevy, a political science professor at Colorado College, agreed that the large LGBT contingent made political sense even it prompted a backlash from social conservatives.

"The Democrats were never going to get those votes anyway," Loevy said. "Having gays and lesbians be such a strong presence in the party brings in some campaign workers and brings in the money... And most important, it wins the support of young people."

The Republican Party, by contrast, did not try to tally the number of gay delegates at its convention in Tampa, Florida. R. Clarke Cooper of Log Cabin Republicans, which represents gay Republican voters, estimated that there were "a few dozen" gay and lesbian delegates, and said he was glad that his party "doesn't do identity politics."

"I'd hate to think I'd been selected for something because of my orientation," said Cooper, suggesting that the Democratic Party and the Obama administration risked being viewed as pandering to gays as part of a "divide-and-conquer" strategy catering to special-interest groups.

Looking ahead to future elections, Cooper says he's optimistic that the Republican Party will move away from anti-gay stands and become more attractive to gay voters. He noted that billionaire industrialist David Koch, a major donor to Republicans campaigns this year, recently told Politico he favors legalization of same-sex marriage

For now, though, Cooper describes the Republican platform as "a stinker" that will not help Republican candidates this year because of its "aggressive and divisive language." He said he was disappointed that Tony Perkins, a leading social conservative who heads the Family Research Council, was able to influence planks that took a hard line against gay marriage and other gay-rights issues.

David Welch, a former Republican National Committee research director and campaign adviser to John McCain, is among a faction of relatively moderate Republicans who wish the party was keeping pace with the Democrats on same-sex marriage. But he doubts that the emphasis on gay rights at the Democratic convention will provide much of a boost for Obama.

"They're playing into the narrative that Barack Obama can't run on the economy, and this election has to be about the politics of division," he said.