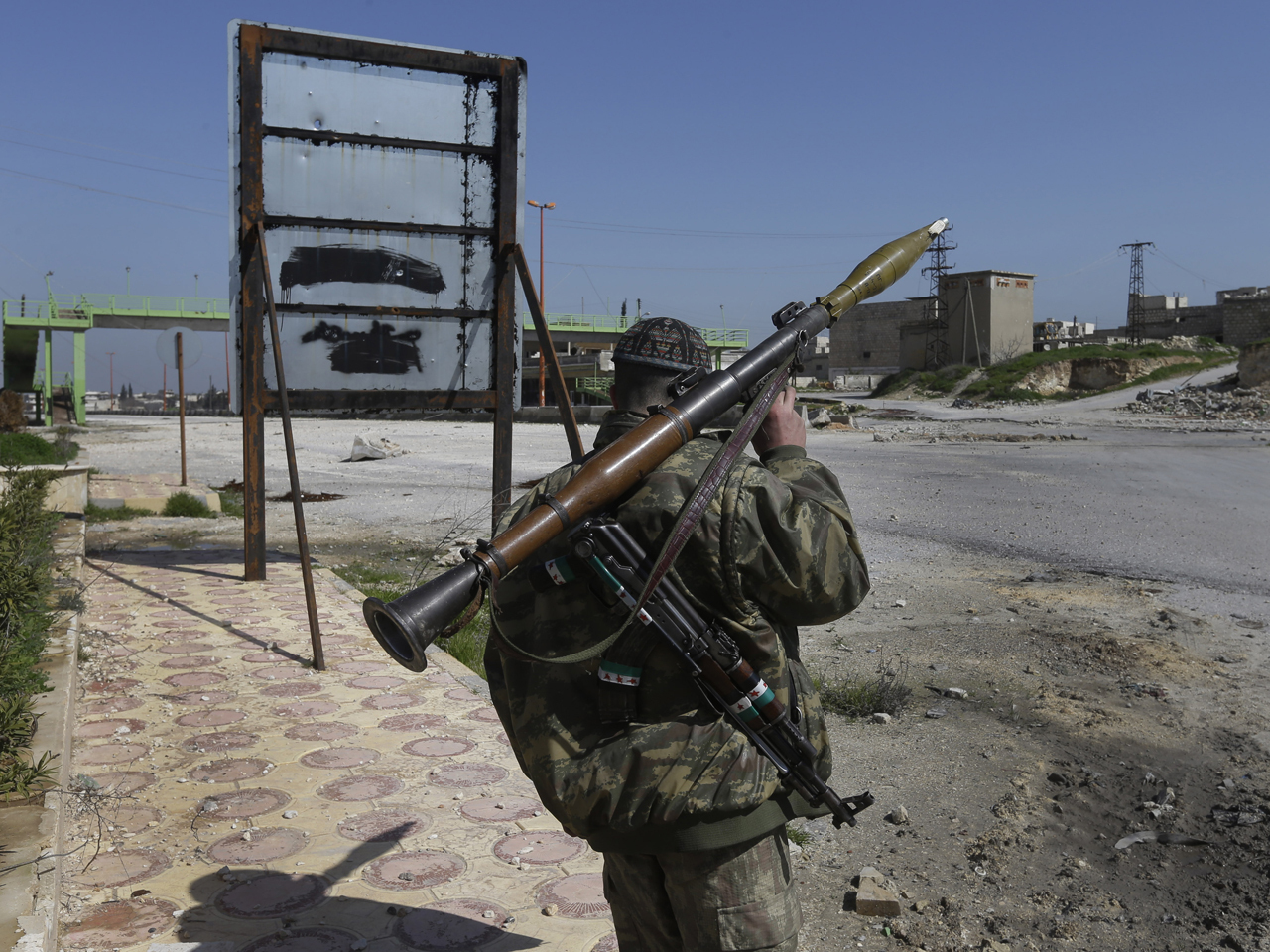 BEIRUT Rebels captured a military base in southern Syria on Wednesday in the latest advance by opposition fighters near the strategic border area with Jordan, activists said.

Opposition fighters battling President Bashar Assad's troops have been chipping away at the regime's hold on the southern part of the country in recent weeks with the help of an influx of foreign-funded weapons. Their aim is to secure a corridor from the Jordanian border to Damascus in preparation for an eventual assault on the capital.

The Britain-based Syrian Observatory for Human Rights said the rebels seized the air defense base on the outskirts of the city of Daraa on Wednesday after battling Assad's troops in the area for several days. The facility was home to the 49th battalion of the Syrian army.

An amateur video posted online Wednesday showed what appeared to be rebels from the Suqour Houran, or Eagles of Houran brigade, driving an armored personnel carrier inside the air base.

Another video, posted by the Fajr al-Islam brigade, showed the rebels walking around the base as the heavy thud of incoming artillery rounds fired by nearby regime forces is heard in the background. A destroyed rocket, army trucks and radars are seen on the ground inside the base.

The videos appeared consistent with AP reporting from the area.

The fighting has escalated across Syria in recent weeks, as the rebels and the Assad regime try to gain the upper hand in the 2-year-old conflict that has killed more than 70,000 people according to the United Nations.

The rebels control vast portions of northern Syria that border Turkey. They've also captured areas in the east along the border with Iraq recently, but the strategic region between the southern outskirts of Damascus and Jordan — known as the Houran plains — is seen as a crucial gateway to the capital.

Both sides consider Damascus, about 100 kilometers (60 miles) from the Jordanian border, the ultimate prize.

Rebels have established footholds in a number of Damascus suburbs but have only been able to push into limited areas in the southern and northeastern parts of the capital. They're only major foray into the capital took place last July was brought to a swift end by a punishing regime counteroffensive that swept rebels from the city.

Millions of Syrians have fled the conflict, seeking refuge in the neighboring countries of Jordan, Lebanon, Iraq and Turkey, raising fears that the civil war could spread across the region as the fighting occasionally spills over Syria's volatile borders.

In Lebanon, a Syrian jet fired a missile that slammed into a house on the outskirts of the Lebanese border town of Arsal, according to Lebanese state media. The National News Agency said the attack hit the edge of Arsal on the Lebanese side of the frontier, causing material damage, but no casualties.

Lebanon has been on edge since the uprising against Assad's rule began more than two years ago. Lebanese gunmen supporting opposing sides of the Syrian conflict have frequently clashed, raising concerns that fighting in the neighboring country could reignite Lebanon's explosive sectarian mix.

The revolt started with peaceful protests but turned into a bloody conflict after some Syrians took up arms to fight a brutal government crackdown on dissent. The fighting has taken increasingly sectarian overtones, with Sunni Muslims dominating the rebel ranks. The Assad regime is dominated by Alawites, an offshoot Shiite group to which the president and his family also belong to.

Arsal is a Sunni Muslim town that has backed opposition fighters in Syria, and arms smuggling across the border is widespread in the area.

Jordan and Turkey have backed the Syrian opposition, calling repeatedly on Assad to step down. In addition to tens of thousands of Syrian refugees, the two countries also shelter dozens of army defectors, including several high ranking officers.

"Erdogan did not give any sincere statement since the crisis in Syria began," Assad said in an interview with Turkey's TV channel Ulusal Kanal. Excerpts from the interview were posted on Assad office's YouTube channel on Wednesday. Station officials said the full interview will be broadcast Friday.

Ulusal Kanal's website said the interview with Assad was conducted late Tuesday in one of the presidential places in Damascus.

Assad last spoke in January, vowing in a speech in Damascus to crush the rebels that he claims are part of a foreign plot against Syria.