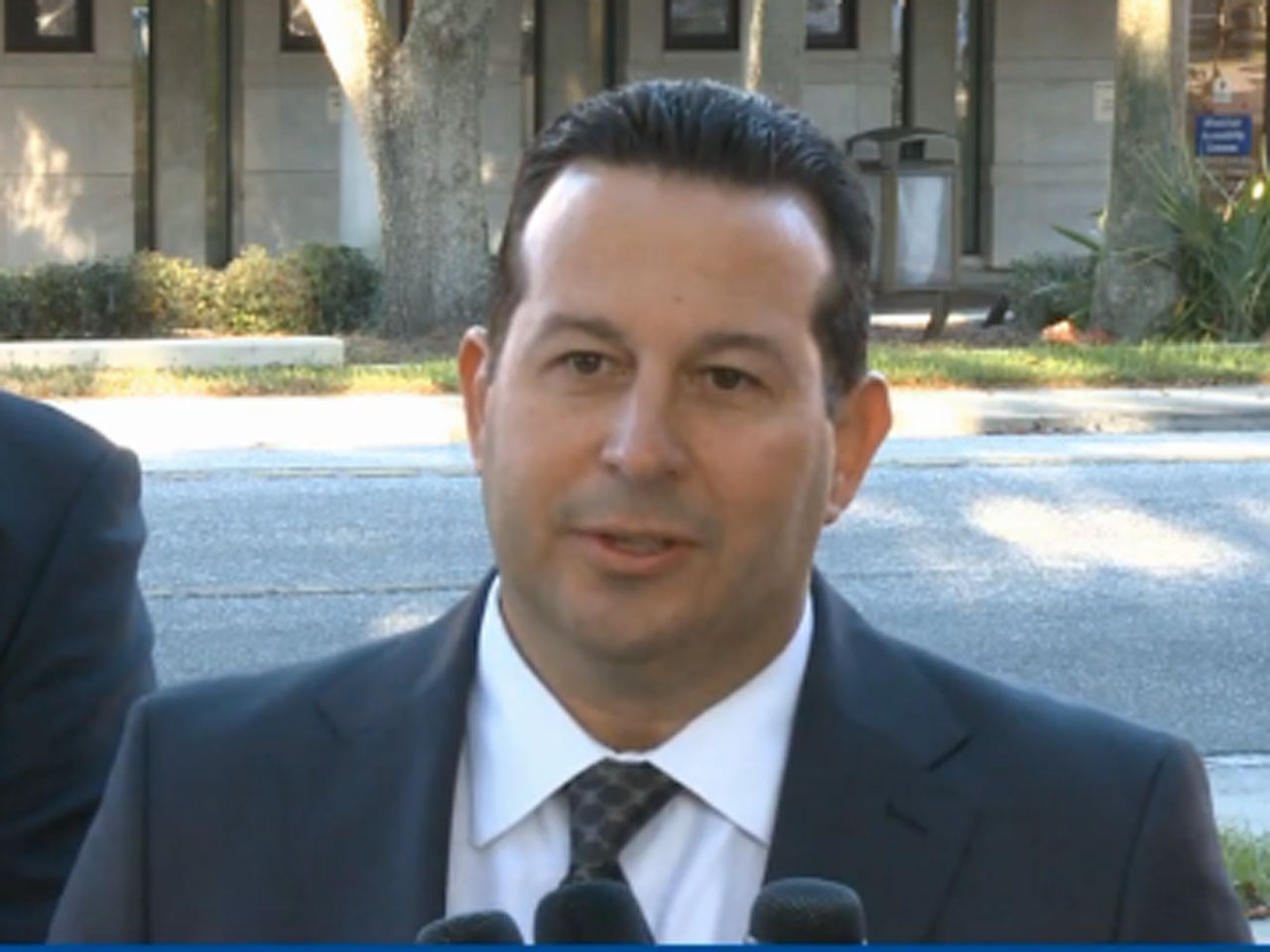 (CBS) - Jose Baez, the Florida attorney who is representing the 12-year-old girl accused of bullying Rebecca Sedwick, told CBS News' Crimesider his client "never said a single negative thing to Rebecca" and claims she is being "vilified" through the sheriff making his "media rounds."

"I think [the sheriff] is going beyond the scope of his job as a law enforcement officer. His job is to investigate and make arrests," Baez told Crimesider.

Polk County Sheriff Grady Judd, who presided over the investigation into the case, told Crimesider last week that he believes Baez, who famously won an acquittal for Casey Anthony, took on the Sedwick case for publicity reasons.

Baez shot down those accusations, saying, "I really don't care what Sheriff Judd has to say. I don't need publicity. This case is smaller than other cases I've handled before."

"I represent people accused of crimes as well as victims of crimes. She falls under both categories," Baez said of his 12-year-old client. "My client has been the victim of bullying in the past and she is currently being bullied by the system."

Baez's client and a 14-year-old girl were arrested Oct. 21 and charged with felony aggravated stalking of Sedwick, who authorities say climbed a tower at an abandoned concrete plant and hurled herself to her death Sept. 9. Both pleaded not guilty Friday.

The two girls allegedly encouraged others to fight Sedwick, and sent her electronic messages encouraging her to kill herself.

Judd told Crimesider that he charged the 12-year-old and 14-year-old with stalking because what they did to Sedwick went beyond bullying into harassment and intimidation.

Baez says he doesn't think his client should be charged with a crime and says his client never said a single "negative thing" to Rebecca. However, Sheriff Judd has publicly claimed authorities have obtained pages of Facebook conversations in which the 12-year-old admits to bullying Rebecca at school and online, according to CBS affiliate WTSP.

"Mr. Baez, here's my message to you: Get over trying to show she didn't do something she did and start trying to help that child," Judd said in a news conference last week.

Baez told Crimesider it's unfair that his client is being blamed for someone else taking their life.

"It's very difficult. She's in a grieving process and has been grieving since she heard the news," Baez said. "It's no secret she has been extremely remorseful." Indeed, Sheriff Judd has told multiple media outlets that Baez's client and her parents have shown remorse.

Baez says that instead of looking to blame someone for the situation, people need to learn from it.

"What I plan on doing in this case is move away from shifting the blame and actually help people learn from this experience," he said. "At the end of the day, all parties' goals are to turn this horrible tragedy into something positive."