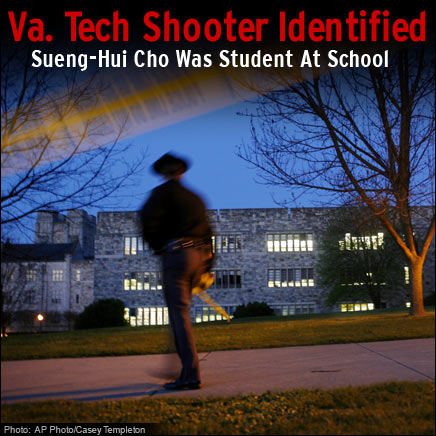 If you want to see Reba McEntire on Broadway in "Annie Get Your Gun," you'd better get going. She takes her final curtain call this coming Friday night, June 22. CBS News Sunday Morning covered her Broadway debut this past winter. It's time for an encore.

She grew up on a ranch in Oklahoma, roping steer and rustling cattle.

"I was one of the hired hands," says Reba McEntire. "Daddy worked us kids."

It was a rough-and-tumble world, but this country girl made it hers.

Small wonder, then, that Reba has set her sights on Broadway, where she's playing (who else?) legendary sharpshooter Annie Oakley. 48 Hours Correspondent Troy Roberts reports for CBS News Sunday Morning.

"I'm a pretty good shot...and then I found out that Annie Oakley is very competitive. I am, too," she says. "We grew up in a man's world. She was a very feisty strong woman and didn't take much off anybody."

While Reba is an accomplished entertainer, the Broadway stage was another world to her. And she was not taking on just any role. Annie Oakley is a character so closely identified with signature performances that comparisons (to the likes of Ethel Merman, Mary Martin, and Bernadette Peters) are inevitable.

Reba's comment: "Very overwhelming. But, my gosh, what great teachers! What great people to learn from!"

Reba McEntire began performing as a child on the rodeo circuit. Her father was a champion steer roper. She rode in barrel races, and she sang whenever she could. It wasn't long before she got noticed. Then, she was on her way to Nashville.

As a young performer with a record contract, at first she did what she was told, but soon realized she was getting the wrong advice.

"People were guiding me in directions that I really wasn't crazy about," she recalls. "It wasn't where my heart was. They were putting strings and orchestras on my records, and I wanted to be more country."

So Reba picked songs that she liked, song with a traditional country sound, but with a twist on the well-worn material covered by other female country stars. As she points out, Stand By Your Man is a fine philosophy "to a certain point...[but] if he's thumpin' on you and not treating you right, I'm not much for standin' by your man."

Was she afraid that she might alienate her core base of fans?

Sales of her recordings in the mid-1980s confirmed Reba's instincts. Since then, she has sold 41 million albums and has won every major country music award.

Many of her more personal songs have been the most popular, like Somebody Should Leave.

Explains Reba: "It's about a man and a woman, married with children, and she said, 'Somebody shuld leave, but which one should it be? You need the kids, but they need me.' And in the middle '80s, that song was my song. And in '87, I took the big step and filed for divorce... And it was probably a great career move, but it saved my sanity... I was just getting beat down inside, not physically. It was just deteriorating and that was something that I knew I had to do for survival."

The breakup of that marriage deeply affected her fans, who are emotionally invested in her personal life.

"When the divorce came, I didn't realize how high a pedestal they had me sitting on, and they were crushed," she recalls. "One lady said that she stayed with her husband because I was staying with mine."

For Reba, music is often an emotional outlet.

"They're all songs that can take your heart out, and beat 'em real good, and put 'em back, and say, 'Now, live with that.' They're songs that, every time I even talk about 'em, I get choked up," she says. "I get very emotional. I get a knot in my throat when I sing 'em because they remind me of sad instances."

That's especially true of For My Broken Heart, the title sing of the album Reba recorded right after a plane crash that killed her road manager and seven of her band members. It happened after a concert in California in 1991.

She says, "After, the next day, we went home and it was...I mean, they came to me. They said, 'When do you think you'd be able to continue the tour?' And I looked at them like they had three heads growing out of their shoulders, like, 'What on earth are you talking about? I don't know if I ever will be able to. What are you asking me to do? Are you crazy? I don't want to.'"

Eventually, she found her way back to the recording studio. The result was the hit For My Broken Heart.

Reba also sang about her early relationship with her father, who she remembers saying "I love you" to her only once. But she says she does not need to hear it; she knows it.

"He's provided for us all these years, always been there for us, and put up with a lot," she says. "Going broke three times. Wore out many pencils trying to figure out how to get ahead. No, I don't have to hear the words. I know they're there."

It was Reba's manager, Narville Blackstock, who also happens to be her husband, who convinced her to take the role on Broadway. They've been married for 11 years and have a son, 10-year-old Shelby. While her family enjoys the city, Reba still has to go out and win over the audience, eight times a week.

But after opening night, Reba was looking like a winner, particularly to her family. She says she'll have no trouble going back to country again.

"No. I'll always be a country girl. Annie would like that."