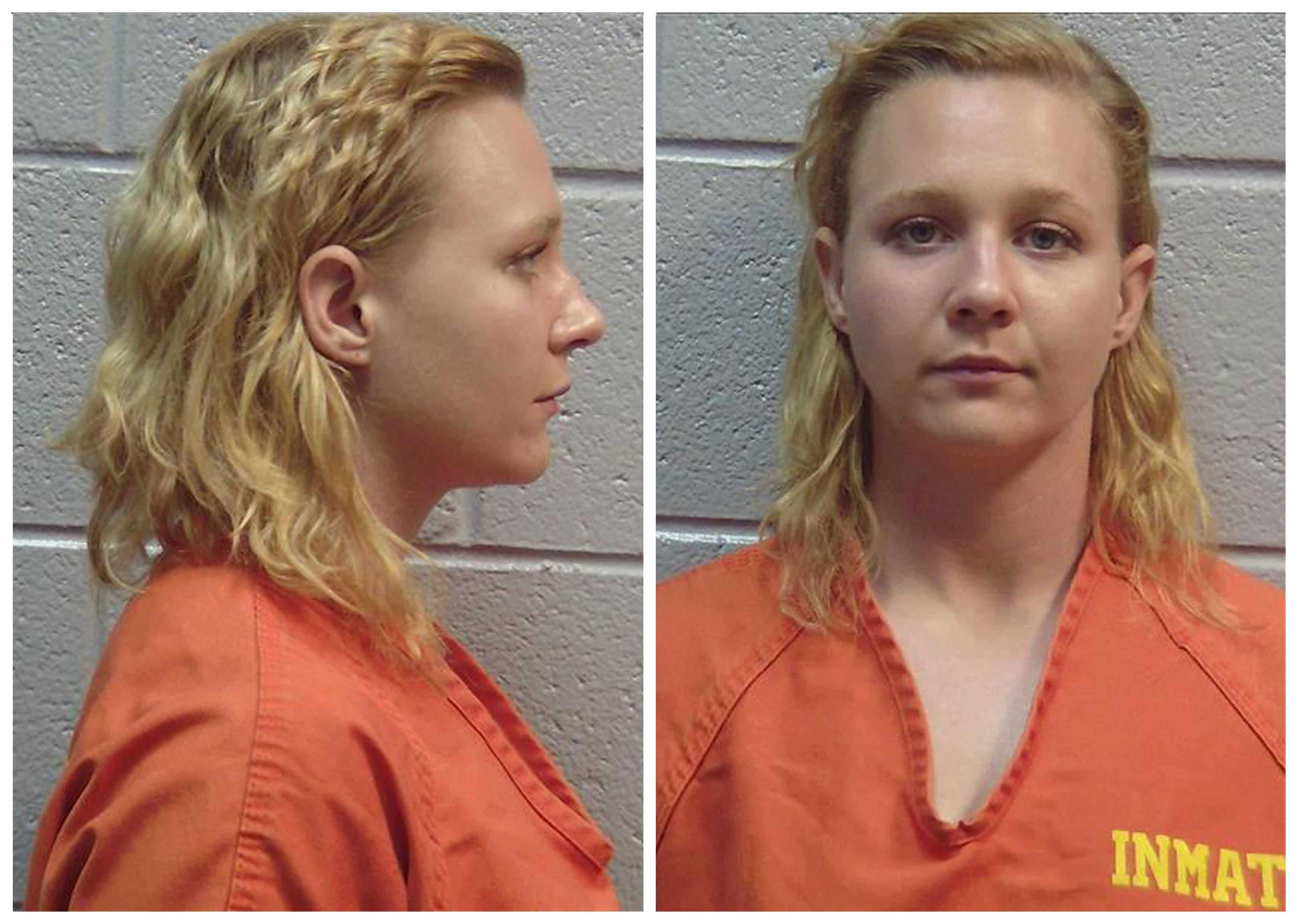 AUGUSTA, Ga. -- A former government contractor who pleaded guilty to mailing a classified U.S. report to a news organization was sentenced to more than five years Thursday as part of a deal with prosecutors, who called it the longest sentence ever imposed for a federal crime involving leaks to the media.

Reality Winner, 26, pleaded guilty in June to a single count of transmitting national security information. The former Air Force translator worked as a contractor at a National Security Agency's office in Augusta, Georgia, when she printed a classified report and left the building with it tucked into her pantyhose. Winner told the FBI she mailed the document to an online news outlet.

In court Thursday, Winner apologized and acknowledged that what she did was wrong.

Authorities never identified the news organization. But the Justice Department announced Winner's June 2017 arrest the same day The Intercept reported on a secret NSA document. It detailed Russian government efforts to penetrate a Florida-based supplier of voting software and the accounts of election officials ahead of the 2016 presidential election. The NSA report was dated May 5, the same as the document Winner had leaked.

The judge's sentence was in line with a plea agreement between Winner's defense team and prosecutors, who recommended she serve five years and three months behind bars. Prosecutors said in a court filing that punishment would amount to "the longest sentence served by a federal defendant for an unauthorized disclosure to the media."

Among other leak cases cited by prosecutors in court documents, the stiffest prior sentence was three years and seven months in prison given to former FBI explosives expert Donald Sachtleben. Secret information he leaked included intelligence he gave to The Associated Press for a story about a U.S. operation in Yemen in 2012.

Winner spent a year in jail before reaching a plea agreement with prosecutors. Her attorneys had argued for Winner to be released on bond, noting she had no criminal record and had served honorably in the military. The judge sided with prosecutors who said Winner posed a potential flight risk and may have stolen other classified documents.

Prosecutors also used Winner's own words against her, including a Facebook chat in which Winner once wrote to her sister: "Look, I only say I hate America like 3 times a day."

Winner's social media postings also included some scathing opinions on President Donald Trump. Tweeting under the pseudonym "Sara Winners," she expressed disappointment with the election results and her disdain for President Trump. She used the hashtag #notmypresident several times.

Three months before her arrest, Winner posted on Facebook that climate change was a more important issue than health care "since not poisoning an entire population seems to be more in line with 'health' care, and not the disease care system that people voted for a soulless ginger orangutan to 'fix.'"

Winner grew up in Kingsville, Texas, and enlisted in the Air Force after graduating from high school. Her parents have said she became a linguist, speaking Arabic and Farsi, and spent four years assigned to the NSA at Fort Mead, Maryland. During that time, Winner provided real-time translation to Americans conducting field missions.

After leaving the military, Winner moved to Augusta to become a civilian contractor for the NSA, which has operated a $286 million complex in the Georgia city since 2012. Court records say Winner translated documents from Farsi to English for the agency.

Last summer, Winner's mother and stepfather drove more than 1,100 miles from her native Texas to Georgia to lend their support after her arrest.

"She's a patriot," stepfather Gary Davis said. He said the charges she was facing at the time were an insult to her and her service.

"She served her nation with distinguished honor. And that's who Reality Winner is. It's not the person that's being portrayed. She is a winner," Davis said.

Winner confessed to leaking the classified report when FBI agents questioned her at her home in June 2017. Winner said she was frustrated at work and had filed complaints "about them having Fox News on."

Prosecutors later made the 77-page transcript of Winner's FBI interview part of the court file in her case. Any details about the document she leaked and the organization she mailed it to were redacted. But the rest of her confession to FBI agents became public.

"Yeah, I screwed up royally," Winner told the agents before she was arrested.

Despite prosecutors' warnings that Winner may have stolen other U.S. secrets, she was never charged with any additional crimes.