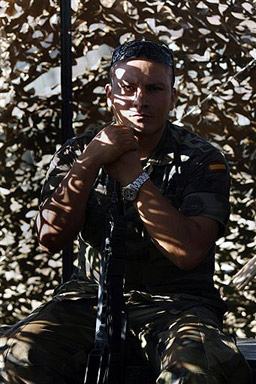 The United States Wednesday designated the Real IRA, a splinter group of the Irish Republican Army, as a "foreign terrorist organization," a legal term that brings financial and other sanctions.

A notice in the Federal Register said Secretary of State Colin Powell made the designation, which takes effect Wednesday.

Under U.S. law any assets the Real IRA has in the United States are frozen, it is illegal to support the organization and Real IRA members are not eligible for U.S. visas.

According to the Federation of American Scientists' database on terrorist organizations, the Real IRA split from the main Irish Republican Army in 1997, rejecting the power-sharing Good Friday Agreement negotiated by Gerry Adams, head of the IRA-linked Sinn Fein party. It is believed to have several hundred members.

Its members bitterly oppose any accommodation with Britain and demand the unification of predominantly Protestant Northern Ireland and the solidly Roman Catholic Republic of Ireland.

More than 20 suspected members have been jailed, including Michael "Mickey" McKevitt, the group's alleged commander, who was arrested in Ireland on March 29 and is being held without bail on terrorism charges.

According to recent news reports, an American informant working for the FBI and the British domestic intelligence service MI5 succeeded in infiltrating the Real IRA and is expected to provide detailed testimony against its ringleaders later this year.

It was designated a foreign terrorist organization by Edmund J. Hull, acting coordinator of the counterterrorism office of the State Department.

Click here to learn more about the trouble's in Northern Ireland.
The organization has been blamed for bombings and shootings in recent months, and was suspected in an explosion near a military base south of Belfast Wednesday.

The group is also held responsible for the 1998 bombing attack on Omagh, Northern Ireland, in which a 500-pound car bomb blew up in the midst of a crowd of shoppers, leaving 29 dead and more than 300 wounded.

In November, a statement by the British Embassy in Washington said, "The Real IRA is already treated as a terrorist organization by the U.S. authorities — the effect of formal designation would be to make additional legal powers available to law enforcement officials in dealing with them."

"A specific benefit or designation … is that it would provide a deterrent to the Real IRA in gathering financial support in the United States," the statement added. One possible downside noted y the embassy was the possibility that official designation would enhance the Real IRA's status.

The State Department's 2000 human rights report on the United Kingdom said the Real IRA was one of a handful of groups ignoring the cease-fire in Northern Ireland. Others included the Continuity IRA, the Irish National Liberation Army (INLA), the Red Hand Defenders and the Orange Volunteers.