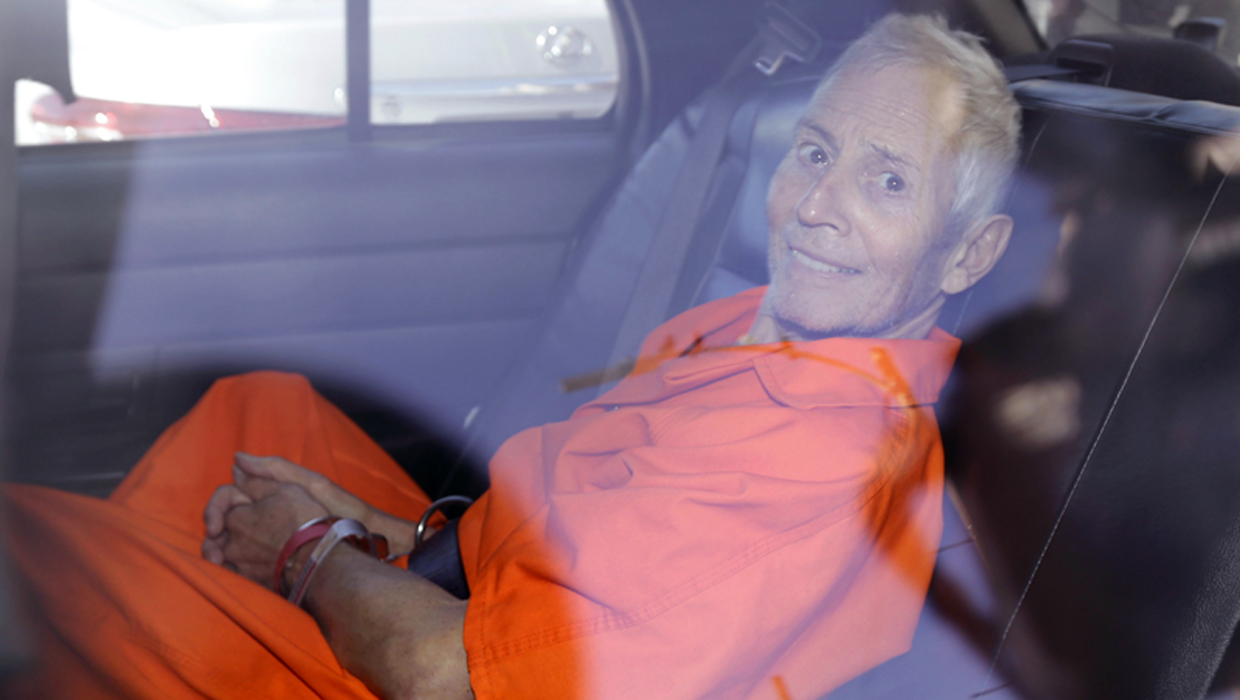 NEW ORLEANS - Troubled real estate heir Robert Durst is a suicide risk and has been moved from a New Orleans jail to a state prison with a mental health unit, officials said Wednesday.

Durst, the 71-year-old millionaire, is in custody in Louisiana on gun charges while awaiting a transfer to Los Angeles to face murder charges in the 2000 death of his friend, Susan Berman.

A city magistrate had ordered that Durst remain in the New Orleans jail so he could help his defense team, which does not believe he suffers from acute mental illness. However, the appeals court sided with the sheriff's office, which said it had sole authorities to decide where to house inmates needing mental health treatment.

The sheriff's office said in a court brief that Durst's lawyers could have access to Durst with 24 hours' notice to the prison in St. Gabriel, about 70 miles from New Orleans.

But Durst's lead attorney, Dick DeGuerin, said he would be surprised if any evidence against his client were found, calling the search "a publicity stunt" by a California prosecutor.

"I don't know what they could be looking for 15 years after Susan Berman was killed 1,500 miles away," DeGuerin said. "I would really be surprised if they found anything of any evidentiary value. They can search now till kingdom come. They're not going to find anything because there isn't anything."

But Durst himself may have pointed to his Houston condo, in a recording made while talking to himself in a bathroom immediately after a tense interview with the makers of a documentary about his life.

Just before saying he "killed them all," he says "I don't know what's in the house!"

In this bathroom tape - which forms the shocking conclusion of the six-part HBO documentary that wrapped up Sunday - Durst talks to himself in short bursts of whispers, apparently contemplating his arrest. The filmmakers say they shared the tape with police months ago.

Durst also has been suspected - but never charged - in the disappearance of his first wife in New York. He has also been accused in other crimes and bizarre incidents.

Durst claimed self-defense and beat a murder charge in the 2001 dismemberment killing of his Texas neighbor. He was convicted of jumping bail and evidence tampering in the case in which body parts - but not the head - of Morris Black were found floating in Galveston Bay.

While on the lam in that case, Durst was caught in Pennsylvania stealing a chicken sandwich, despite having $500 in his pockets and $37,000 in his car. Durst is still worth millions despite his estrangement from his family with an estimated worth of about $4 billion. Last year, he was fined for urinating on a candy display at a pharmacy in Houston, where he has a town house. His lawyer called it an unfortunate medical mishap.

Durst could face the death penalty if convicted of killing Berman, the daughter of a prominent Las Vegas mobster, under special circumstances that allege he ambushed her and murdered a witness to a crime.

A law enforcement official said his arrest in connection with Berman's death was based on a letter Durst wrote to Berman a year before her killing and similarities it had to one that pointed police to her body.

That evidence, which was uncovered and made public in the HBO documentary, revived the cold case, the official told The Associated Press on the condition of anonymity because the investigation was ongoing.

A search warrant made public Wednesday indicates a forensic document examiner confirmed for Los Angeles police in November that the letter that had alerted authorities to Berman's body was written by Durst.

Durst waived extradition to California on Monday, but was then charged with being a felon in possession of a gun and illegally carrying a weapon with marijuana, a controlled dangerous substance. Orleans Parish Assistant District Attorney Mark Burton said investigators found more than a quarter-pound of pot and a revolver in his hotel room.

DeGuerin said he wants a quick hearing in Louisiana, so that "Durst can go to California and face trial as quickly as possible."