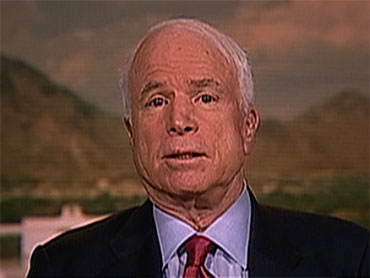 Your eyes probably hurt just thinking about it: Tens of thousands of Japanese cell-phone owners are poring over full-length novels on their tiny screens.

In this technology-enamored nation, the mobile phone has become so widespread as an entertainment and communication device that reading e-mail, news headlines and weather forecasts - rather advanced mobile features by global standards - is routine.

It takes some getting used to. Only a few lines pop up at a time because the phone screen is about half the size of a business card.

But improvements in the quality of liquid-crystal displays and features such as automatic page-flipping, or scrolling, make the endeavor far more enjoyable than you'd imagine.

In the latest versions, cell-phone novels are downloaded in short installments and run on handsets as Java-based applications. You're free to browse as though you're in a bookstore, whether you're at home, in your office or on a commuter train. A whole library can be tucked away in your cell phone - a gadget you carry around anyway.

"You can read whenever you have a spare moment, and you don't even need to use both hands," says Taro Matsumura, a 24-year-old graduate student who sometimes reads essays and serial novels on his phone.

Such times could be just around the corner in the United States, where cell phones are become increasingly used for relaying data, including video, digital photos and music.

Cell-phone books are also gradually starting to get traction in China and South Korea. In Japan, though, some people are really getting hooked, finding the phone an intimate tool for reading.

It's especially effective for intensifying the thrills of a horror story, said Satoko Kajita, who oversees content development at Bandai Networks Co. Ltd.

The Tokyo-based wireless service provider offers 150 books on its site, called "Bunko Yomihodai," which means "All You Can Read Paperbacks." It began the service in 2003 and saw interest grow last year. There are now about 50,000 subscribers.

"It's hard to understand unless you try it out," Kajita said, adding that the handset's backlight allows people to read with the lights off - a convenience that delights parents who like to read near sleeping infants.

Users can search by author, title and genre, and readers can write reviews, send fan mail to authors and request what they want to read, all from their phones.

A recent marketing study by Bandai found that more than half the readers are female, and many are reading cell-phone books in their homes.

Surprisingly, people are using cell-phone books to catch up on classics they never finished reading. And people are perusing sex manuals and other books they're too embarrassed to be caught reading or buying. More common is keeping an electronic dictionary in your phone in case a need arises.

In Japan, cell-phone books have already won respect as an emerging culture.

A writer who goes by the single name Yoshi wrote "Deep Love," a series of stories about a Tokyo teenage prostitute. He began by posting them on an obscure cell-phone site he started and made reader payment voluntary.

It's even been turned into a real book, with some 2.6 million copies sold.

Like the Internet, cell-phone publishing offers an opportunity for unknown writers, and it delivers new kinds of fun because it's interactive, said Katsuya Yamashita, executive producer at Starts Publishing Corp., which publishes Yoshi's works.

Another work by Yoshi, a horror mystery, has a cell-phone Web link that readers click. One pulls up a video clip of a bleeding face; another shows a letter that tells people to go on living.

Yoshi, a former prep-school instructor who sees his readers as "a community," reads the dozens of e-mail messages teenage fans send him daily and uses their material for story ideas.

He also knows immediately when readers are getting bored and changes the plot when access tallies start dipping for his stories.

"It's like playing live music at a club," he said. "You know right away if the audience isn't responding, and you can change what you're doing right then and there."