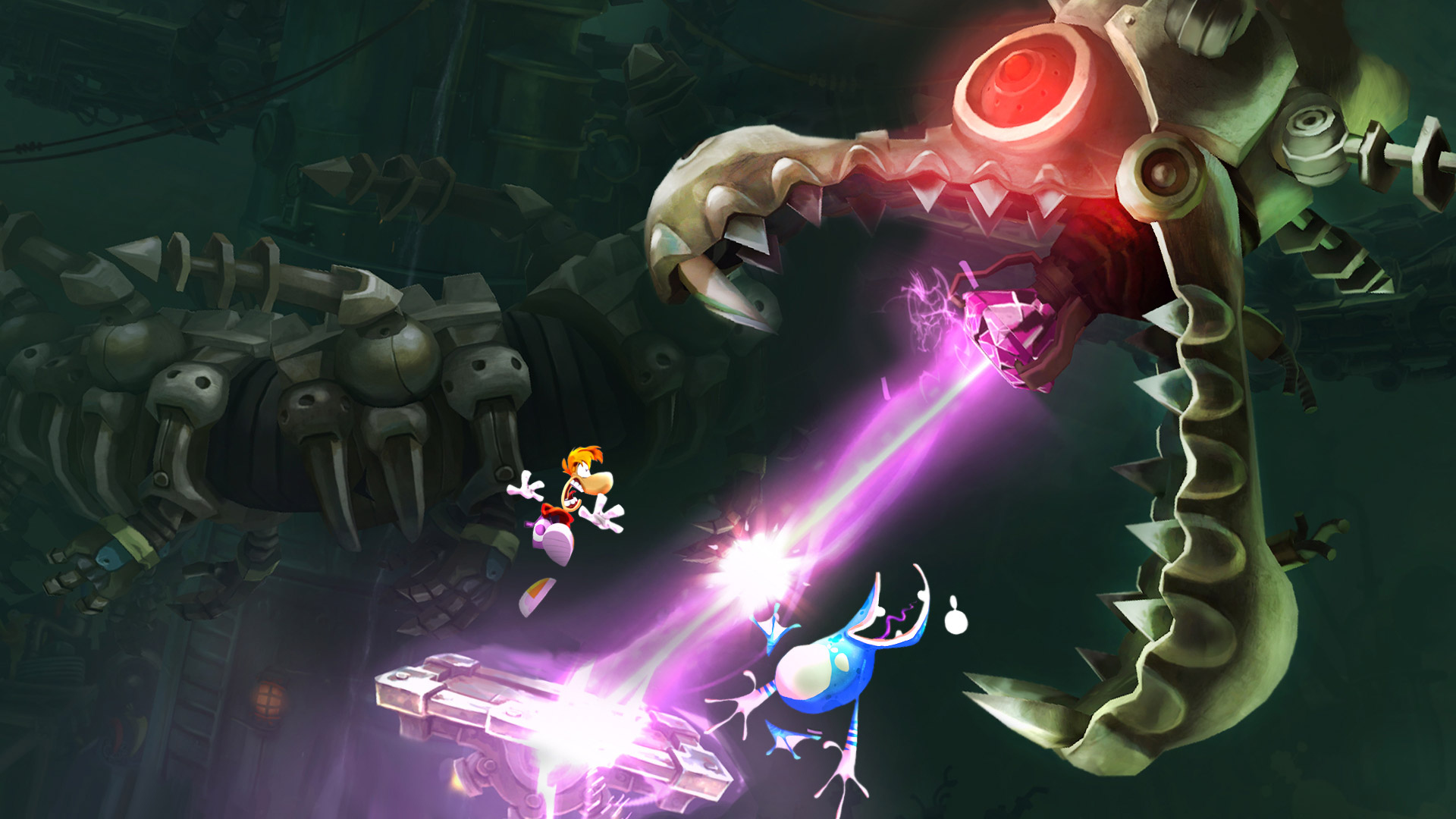 Hot on the heels of the gaming industry's recently released greatest hits comes "Rayman Legends" by developer Ubisoft Montpellier. Going strong since 1995, the Rayman franchise has hit its apex with the release of this nearly perfect 2D platforming game.

You play as Rayman, a boisterous character identified by his trademark body design -- hands, feet and head unattached to his body by neither arms, nor legs, nor a neck. The Magician has kidnapped the kingdom's ten princesses and it's up to Rayman and crew to rescue them.

"Legends" acts as a direct sequel to 2011's "Rayman Origins," continuing with the raw platforming gameplay for which the franchise is known. You are presented with the standard Rayman formula -- run, jump and avoid obstacles through fairly linear levels to collect as many Lums, or bugs, as you can and reach the far-right goal. Peppered throughout the levels are kidnapped creatures called Teensies. The more Teensies you rescue, the more levels you unlock to progress through the game.

One of the more remarkable aspects of "Legends" is the depth into which the game journeys to make the player feel rewarded. This is achieved through the truly staggering number of unlockables presented throughout the game. Different caliber trophies called cups are awarded to  players based on their performance throughout a level.

These cups are ultimately used to determine your "awesomeness rating," which in-turn allows you to unlock prestigious, online-competitive challenge stages. Not only that, but the more Lums and Teensies you collect throughout a level grants you the chance to unlock new character costumes and Back to Origins levels -- 40 remastered levels taken from "Rayman Origins." These are unlocked though Lucky Tickets, yet another performance-based reward given at the end of the level.

Forcing precision onto the player is just one example of how meticulous the developers were in terms of control mechanics. "Legends" is what one could define as a feel-good platformer. Every aspect of movement throughout the game -- whether on the ground, in the air, or under water -- simply feels good. The controls are true to any reputable platformer and do not suffer from the frustration that many other games evoke.

"Rayman Legends" excels in nearly every way imaginable. Though, there is one flaw in its design: the Murfy segments. Murfy is a sidekick that assists you in solving puzzles throughout certain levels. Being a fly, he can reach places that Rayman cannot in order to, for example, cut ropes and flip switches. Playing through these segments on the non-Wii U versions of the game leaves the player feeling as though something is missing. That something is the Wii U gamepad.

Ubisoft originally planned "Legends" to be a Wii U exclusive, and thus, the Murfy segments focus a large amount on using the Wii U gamepad to manipulate Murfy's actions. On the non-Wii U versions, Murfy performs all of these actions automatically when the player hits one button. With that said, these segments are more intuitive in the Wii U version. While it is unfortunate that this is the case, this bump in the road is not game-breaking in the slightest. Though, to get the best experience of "Rayman Legends," it is recommended that the Wii U version be the one to play.

Ubisoft seem to have hit the sweet spot by keeping the Rayman franchise in a 2D world. With countless unlockables, 4-player co-op (5-player on Wii U), a host of playable characters, impeccable controls, beautiful graphics and nearly unmatched attention to detail, "Rayman Legends" has taken platforming games to a whole new level.