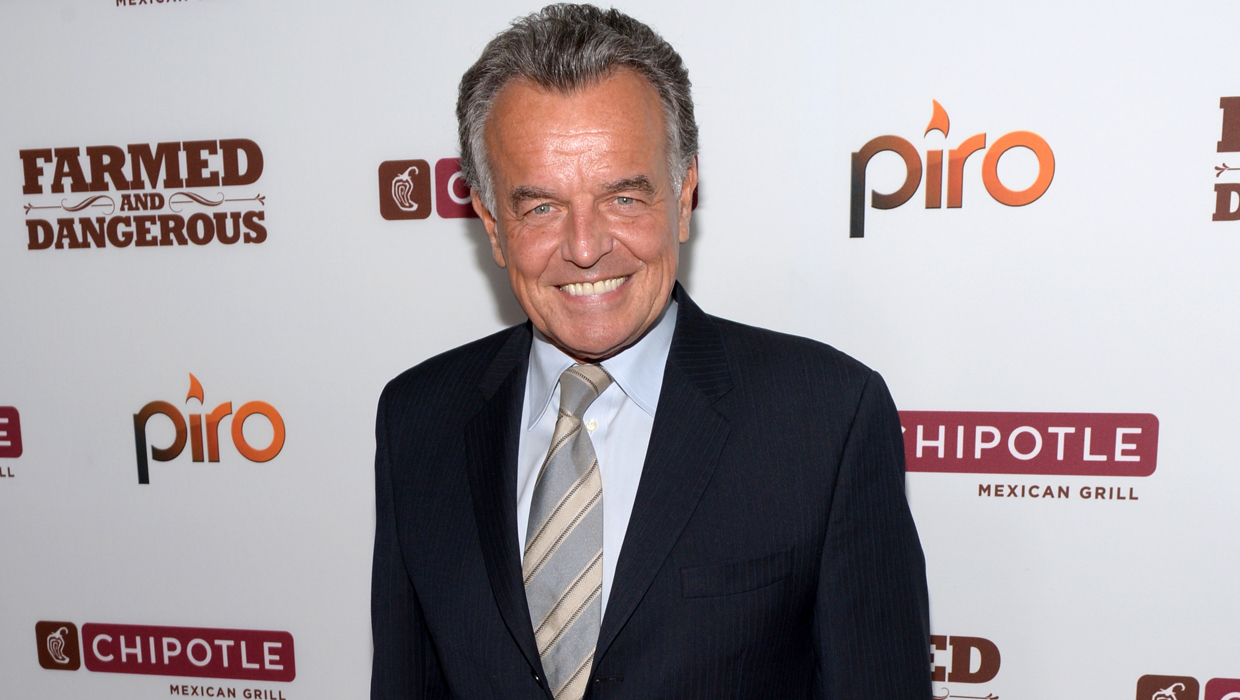 At age 66, Ray Wise wasn't necessarily the first actor to jump on the social media bandwagon. When he launched his acting career 44 years ago, there were no cell phones, laptops or tablets -- let alone social media sites. But he recently joined Twitter and has been enjoying interacting with his followers.

"Now I'm tweeting to people and they're tweeting back to me. It's an amazing thing. I never thought I'd do it. But with Buck Marshall being so good at his tweets, I had to compete," joked Wise.

Buck Marshall is the villainous character Wise portrays in "Farmed and Dangerous," a four-part comedy series, which premiered in February on Hulu. The show, launched by Chipotle, centers on industrial farming practices and raises questions about where food comes from and how it's raised.

Wise says joining the project was an "easy decision."

"They sent me the script and I thought it was well-written and very funny. I loved my character of Buck Marshall. He's a real larger-than-life character and one I think a lot of people enjoy watching," Wise told CBS News.

As for Chipotle's involvement, Wise said, "They had a very light footprint on the whole production. It was a theatrical piece...so people can start thinking about where their food comes from so they can make more informed choices."

The series recently came under fire from farmers and agricultural groups, who argue that its use of exploding cows, for instance, are misleading.

Wise said he's glad "Farmed and Dangerous" is getting people to think about these issues. "There's a wealth of material that I think can be explored about how we feed people in the United States -- and the world. There's a lot of timely issues involved that we can discuss and battle over. I was aware of a lot of the issues in the show, but Buck Marshall just magnified it for me...And I get all the funny lines."

Great characters are two of the constants throughout Wise's career. Earlier this year, he began a guest role on CBS' "The Young and the Restless."

"It's a great character," Wise said about playing Ian Ward on the daytime soap. "He's a past cult leader and he had a lot of followers at one time. He comes to Genoa City to stir up a lot of trouble. Another one of my standard Ray Wise characters."

Another constant? "I'm always wearing a suit. I'm always well-dressed...And that's important to me," he said about his on-screen look. "I even wear suits when I go to appointments out in Los Angeles. I'm suited for those characters...and they have all the good lines."

Taking on a new soap opera role is like coming full circle for Wise, who starred in the CBS soap "Love of Life" from 1970-1976.

"It's really nice. I have almost a photographic memory when it comes to a script...For me it's easy work and it's a pleasant environment at CBS. It's fun to do," said Wise.

"The Young and the Restless" isn't the only CBS show where Wise can currently be seen. He also portrays Robin Scherbatsky's (Cobie Smulders) dad on "How I Met Your Mother," which is in its ninth and final season.

March 31 marks the series finale, and you can be assured Robin's Canadian father will be there. Who else is going to give her away, right?

Wise says he's grateful to be part of such a great sitcom -- and one with an excellent cast. Throughout his career, the Ohio native has appeared in some landmark projects.

One of those was the original "RoboCop" in 1987. The movie was recently remade (it hit theaters just last month) with a new cast, including Michael Keaton, Gary Oldman and Abbie Cornish. But Wise wasn't too thrilled about the reboot, to say the least.

"I'm against the whole idea. I wish them all the luck in the world but I don't want to have anything to do with it...I don't think you can ever repeat something like that...I'm not going to go see it...I was at a 25th reunion with all the 'RoboCop' people...and all of us said we wished that hadn't happened."

He has fond memories of starring in the sci-fi action movie with Peter Weller, Nancy Allen, Dan O'Herlihy, Kurtwood Smith, Miguel Ferrer and Ronny Cox. "We had a wonderful time. We blew up half of Dallas, Texas, I think," he joked about the movie, which was set in Detroit, but filmed throughout Texas and Pennsylvania.

Portraying Leland Palmer in "Twin Peaks," which ran from 1990-1991, was also among Wise's most memorable roles.

"I had an opportunity to do some amazing things on that show that I don't think they've seen before or since...It was a wonderful experience, a great cast again -- and David Lynch made it very special. People still talk about it and sometimes when they write a review about a new show they'll mention that it's 'Twin Peaks'-like. That will never die, really."

He's also a part of one of the best shows on television right now. On AMC's "Mad Men," Wise portrays Ken Cosgrove's father-in-law, Ed Baxter, the CEO of Corning.

"I'm one of the few actors who actually lived through the '60s that do that show. All the others actors are way too young to even know what it's like to wear those suits with the thin lapel," he said. "I remember those times very clearly -- so when I step onto that set it's like stepping back in time to 1965 again."

Check out the "Farmed and Dangerous" trailer: