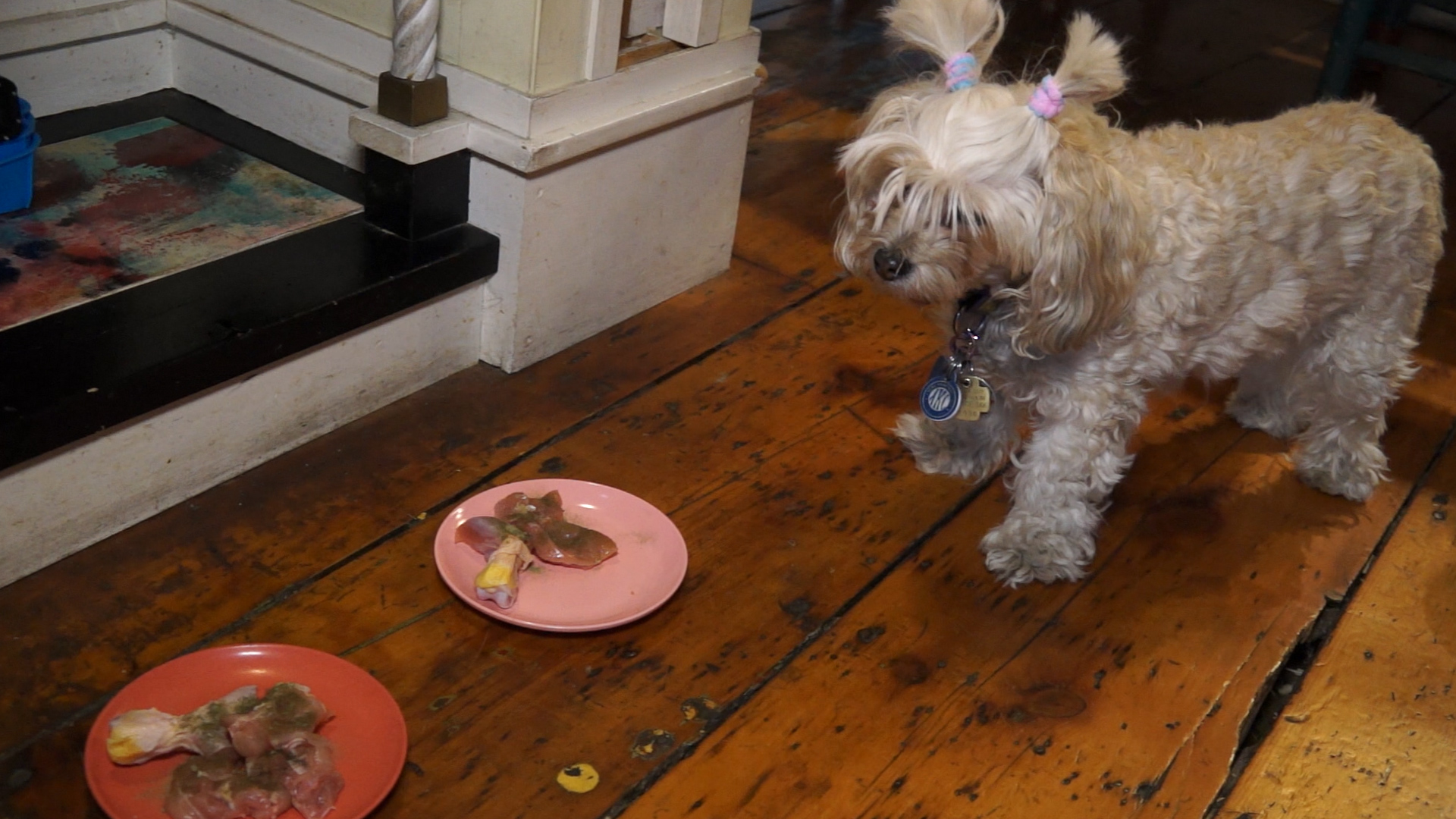 An increasing number of pet owners are ditching the packaged dry and wet foods and putting their furry family members on raw-food diets.

New Yorker Bobby Fintor says his cats have more energy since switching to raw meats like lamb for their meals.

"My cats are 10 and 11 years old and they act like they're five," he told CBS News. "They poop less. They shed less. They seem to be full of more energy."

Raw pet food is a fast-growing slice of the pet food market. According to a report from MarketResearch.com, packaged raw pet foods -- including frozen, freeze-dried, and dehydrated varieties -- generated approximately $114 million in sales in 2012, representing a 17-percent-per-year growth since 2008. But that's still just a tiny percentage of U.S. pet food sales, estimated at $20 billion a year by the Pet Food Institute.

The figures don't include do-it-yourself owners who simply purchase raw meats for their pets.

"Our paradigm is, how did a cat or a dog live in the wild years ago?" said Phil Klein, who has co-owned Whiskers Holistic Pet Care in New York for more than a quarter of a century and has sold raw food products the whole time. "Nobody was cooking kibble for them. Nobody was adding additional vitamins or nutrients to their food," he told CBS News.

However, many veterinarians discourage the practice and say it raises serious health concerns.

Raw fish, beef, pork, poultry and other animal proteins like milk or eggs may be contaminated with disease-causing organisms including salmonella, E. coli, listeria, staph, campylobacter and clostridium, according to the American Veterinary Medical Association (AMVA). In a 2012 policy statement, the group recommended against feeding raw food to pets, noting that "cats and dogs may develop foodborne illness."

These same pathogens can cause foodborne illness in people as well. The AMVA warns that pets could transmit illness to their owners even if they don't show symptoms.

In addition, the group says there's no scientific evidence to support claims of better health and immunity in pets that consume raw food. And experts say a raw food diet may not meet an animal's overall nutritional needs.

"They can absolutely develop mineral deficiencies if they're only fed a raw diet," veterinarian Dr. Kristen Frank, an internist at the American Society for the Prevention of Cruelty to Animals (ASPCA) in New York, told CBS News. She added that there are no evidence-based studies that show these diets are safe for domestic cats and dogs.

The U.S. Food and Drug Administration weighs in with some safety tips for pet owners who want to try a raw food diet. While the FDA says it "does not believe raw pet food diets are consistent with the goal of protecting the public from significant health risks," it suggests a number of steps people can take to reduce the risk.

Keep raw pet foods separate from other foods to avoid cross-contamination. Raw meat should be kept frozen, then thawed in the refrigerator or microwave before use.

Thoroughly wash all working surfaces and utensils, hands and other items that come into contact with the raw food. Kitchen sanitizers and bleach solutions may increase protection.

Anyone interested in a raw food diet for their pets should consult their veterinarian first, the FDA adds.