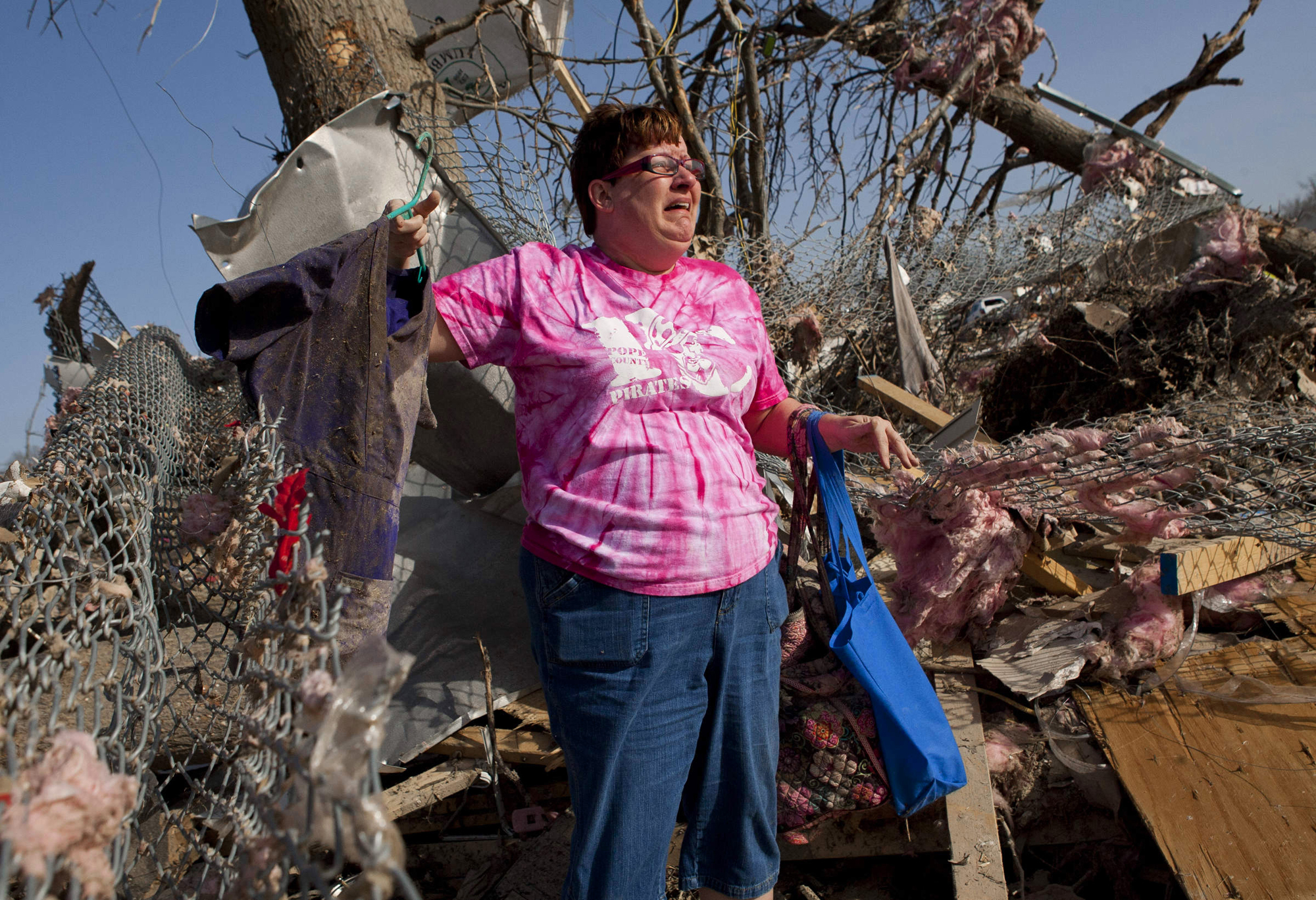 (CBS/AP) - After Wednesday's deadly twisters ravaged the Midwest, the mayor of the hardest-hit town of Harrisburg, Illinois vowed that his town would rebuild. But if the current weather forecast holds, the community won't have much time to start that effort.

Ryan Jewell, a meteorologist with the Storm Prediction Center, said the next storm system is forecast to take a similar path as Wednesday's storms and has the potential for even more damage.

On Friday, he said, both the Midwest and South will be "right in the bull's eye."

According to Jonathan Erdman, a senior meteorologist at weather.com, spring weather patterns "can lead to repeated severe outbreaks" and that appears to be the case Friday when tornadoes, damaging winds and large hail are all possible.

On Wednesday, a pre-dawn twister flattened entire blocks of homes in Harrisburg as violent storms ravaged the Midwest and South, killing at least 12 people in three states.

Tammy Risley, a Harrisburg resident, told CBS News, "The sirens went off and...everything just came through. It was like my house inhaled and just let it out."

Risley said she felt like she cheated death. "I had a guardian angel watching over me," she said.

Now she's not sure what to do -- or where to go. Some people in Harrisburg took shelter with the Red Cross.

The Midwest and South were to get a reprieve from the menacing weather Thursday - but Friday will bring another strong system that could wreak more havoc.