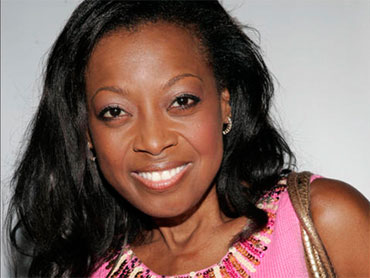 Now it's official: This convention really is duller than those the parties held four years ago. Inside the hall, it's scripted down to the nanosecond. Outside the hall, security is battened down tighter than the lug nuts on a '55 Ford. Remember DNC 2000's anti-globalism protestors and the Rage Against the Machine concert in the Staples Center parking lot? Nothing of that sort this time around — perhaps if they put an exercise wheel and a water bottle inside the so-called "protestor's cage" (a.k.a. "Free-Speech Zone")….

In all fairness, today was the lull day — between yesterday's kickoff and big-ticket Democratic speakers and tomorrow's roll-out the Democratic ticket, starting with soon-to-be veep nominee John Edwards. The pictures of him — picturesque family in tow — arriving in Boston not only promise a soupcon of excitement for the day to come but also emphasize that the value Edwards brings to the ticket is not limited to geography and his "Two Americas" stump speech.

Long ago and far away, I wanted to be a print reporter — and no, not because television wasn't yet invented. Would've been one, too, if not for my wretched (or is that retched?) spelling. But sometimes still wish I were one, especially when I see headline writers miss a big chance, like this one for John Kerry's Dukakisesque photo op yesterday at Cape Canaveral — POLITICAL ADVANCE WORK: IT'S NOT ROCKET SCIENCE. You really have to wonder what the candidate, his staff, and anyone else involved was thinking with that one.

Lost, I suppose, in the rush to compare the bizarre shot with Dukakis-in-a-tank circa 1988 was this: The Dukakis shot was grievous because it was an attempt to paint the candidate as strong on defense that instead gave rather the opposite impression. I suppose this was an attempt — in its way — to make John Kerry look bullish on science, but it didn't backfire because it sent the opposite message. It backfired because, put bluntly, it made Kerry look silly, bordering on weird.

Then again, Americans are, as a whole, more sophisticated than they were even a few election cycles ago about the inner workings of political operations — in part because virtually news-less conventions have led reporters to focus on the people pulling the levers behind the curtains. With this in mind, whatever fallout comes in the end from Kerry's space-suit shot may have as much to do with voters wondering whether campaign slip-ups augur governing slip-ups as it does about superficial concerns about whether or not a candidate looks goofy.

Are we in the press reading too much into these things? This is what happens when something vaguely resembling "news" drops in the midst of packs of journalists starved for same—it gets chewed over 'til there's nothing left but the splintered, spit-out bones.

But tomorrow may yet bring a feeding frenzy against which these other episodes will be revealed to be mere snacks — the prospect of Ralph Nader, press credentials hanging from his neck, roaming the convention floor strikes fear into the hearts of the Democratic party and joy into the hearts of reporters looking for something — anything — bearing even the merest resemblance to spontaneity.

Once in a while, though, even a scripted bit of scheduling can prove instructive. Such is the case with Barack Obama, the Illinois Senate candidate who is this year's featured speaker in the "Rising Party Star" slot. Whatever one thinks of Obama or his politics, every American probably ought to know a fact that has been reported in connection with his speaker's turn tonight: If elected (and it looks as if he will be), Obama will become only the fifth African American to serve in the Senate, and only the third since the Reconstruction era — a statistic that is scandalous, if not exactly shocking.