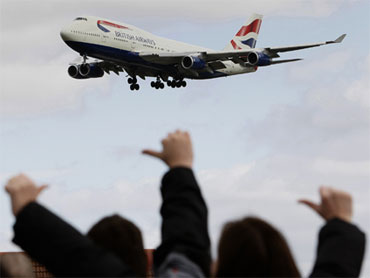 For the thousands of Democrats gathering in Boston, Ralph Nader remains public enemy number two, behind only President Bush. Beneath the convention speeches, the delegate banter, the concern persists that the independent candidate will once again stand between a Democrat and the Oval Office.

Nader plans on coming to Boston Wednesday, if not to calm their concerns, then to crash a party he sees as celebrating the wrong ideals. If he can get credentialed, Nader said in a phone interview from his home in Washington, D.C, he hopes to shock Democrats inside the FleetCenter. And if he does, the highly scripted convention will face the one curveball it hoped to avoid.

Well, if not reporters, Democrats are against Ralph Nader. And if the election of 2000 was four years ago to most of America, to ardent Democrats the scar of their narrow loss remains open.

If Nader had not been on the ballot in New Hampshire or Florida, both states would have gone to Democrat Al Gore. Instead George W. Bush won by the narrowest of margins: 537 votes in Florida alone.

"Take it from me, every vote counts," Gore said in his address to Democratic delegates Monday night. Restraining himself rhetorically, Gore later asked those who voted for Nader, "Do you still believe that there was no difference between the candidates? Wouldn't we be safer with a president who didn't insist on confusing al Qaeda with Iraq?"

In 2000, Voter News Service exit polling showed that 47 percent of Nader's Florida supporters would have voted for Gore, and 21 percent for Mr. Bush, easily covering the margin of Gore's loss. Two other third-party candidates, Pat Buchanan and Harry Browne, each got around 17,000 votes, likely also affecting the margin.

But Nader's 97,488 votes in 2000 have branded him the spoiler. And Democrats fret there could be a sequel.

A mid-June poll by Quinnipiac University in the key swing state of Pennsylvania shows the Democrats' fears may be warranted. With Nader in the race, it is a dead heat between Sen. Kerry and Mr. Bush, 44 percent to 43 percent, respectively, with Nader at 7 percent. Without Nader, Kerry takes a strong lead, 49 percent to 43 percent.

The ranking Democrat on the Senate Foreign Relations Committee, Biden said he thinks Nader has ruined what would have been a strong legacy. "He has already done that in truth," he said.

"I used to work really closely with Ralph Nader since I got to the Senate. I've been there since 1972," Biden continued, shrugging. "It is just kind of disappointing. I don't understand the rational. I know he cares about a lot of things but it is almost as if he faded from the scene and he wants to go out like comet."

Nader's attitude, so far, is damn his legacy, it's the cause that matters. He thinks his fight is as relevant and necessary as it was four years ago.

"We are trying to destroy the two-party corporate system. Both parties are pro-war, pro-Patriot Act; both parties are pro-WTO," Nader said, mentioning a litany of issues that the two major political parties agree on, at least in broad-brush policy.

Nader added that Democrats should earn his supporters by recognizing progressive issues.

"You go through four days of the Democratic convention and they won't attack cooperate power, they won't mention corporate welfare or corporate crime," he said.

On Thursday, Kerry makes the speech of his political life, as he accepts the Democratic presidential nomination. Democrats hope it will be the rebirth of the candidate as well, the beginning of Kerry defining himself, instead of the opposition.

"I think that the fear about Nader is going to diminish and whatever support he has, I think it is going to fade as the election narrows and gets down to the final stages," said Carl McCall, a former New York comptroller who is attending the convention as a delegate. "The people are concerned and we should be concerned. But the way to overcome that concern is to continue to project John Kerry's vision about what he is going to do in the future."

Biden holds onto the hope that Nader will drop out of the race.

"I think his higher angels may prevail here," he said. "It is my hope he will not do anything to re-elect George Bush. And so I would hope, and I still believe, if toward the end he has 2 percent of the vote, in a close race and the polls are showing that, my guess is he'd bargain. I think that is what this is about."

But Nader emphasized his fight was not about a place at the political power-broking table. He wants to turn the table over.

"It is more likely I will ask John Kerry and George W. Bush to withdraw before I'd withdraw," Nader said. "They are focusing on one-tenth of the vote they think they may lose and ignoring the nine-tenths of the party they must get."

Neither Biden nor McCall expects Nader to get nearly the amount of support from left-wing Democrats or non-aligned liberals that he did in 2000. Their concern is that if the election is close, it only could again take a few hundred votes.

"I think people who supported Ralph Nader in the past and are very supportive of his policies are very intelligent people and know it's a wasted vote," McCall said. "[Voters] will see that this is a battle between Kerry and Bush, a battle of two different ideologies and visions of the future."

Biden wasn't quite so optimistic, saying that although Nader was not primary in the minds of many convention-goers, he was a concern of "people like me who do this full time."

"Ralph Nader, to his credit – and it has been one of his great strengths over the last 35 years – has never been susceptible to public opinion, the opinions of anyone else," Biden said. "You just have to hope he has a sense of decency left in him, that's all."