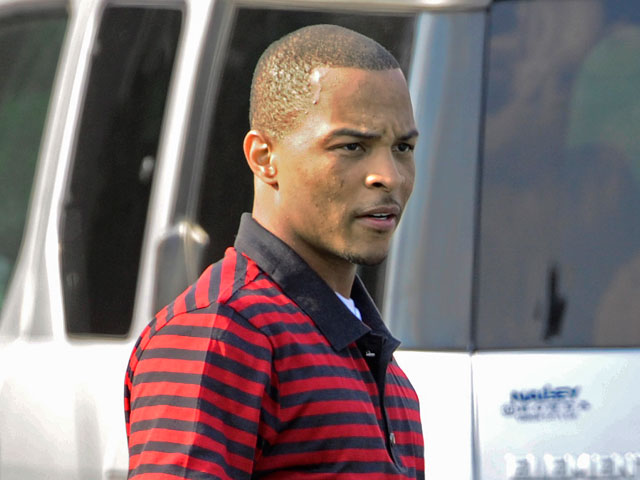 (CBS/AP) ATLANTA - Grammy-winning rapper T.I. was released from jail on Wednesday which was one month ahead of his previously scheduled release date. He now has a new book deal and reality TV show waiting for him.

The rapper, real name Clifford Harris, left the Forrest City low security prison in Arkansas and was driven in a luxury motor coach bus to a halfway house.

Soon after his release T.I. posted on Twitter, "The storm is over & da sun back out. IT'S OUR TIME TO SHINE SHAWTY!!!!! Welcome to the beginning of our Happy Ending!!!!"

T.I. was supposed to be released in September after being sentenced to 11 months in jail for violating his probation on drug charges in 2011. The artist initially served about seven months in 2009 after he was arrested for trying to buy unregistered guns and silencers from undercover federal agents.

When he was released from that sentence, he was required to perform 1,000 hours of community service. He spent the majority of that time talking with school children about the dangers of drugs, gangs and violence.

But a federal judge said that "experiment" failed when Los Angeles deputies found four ecstasy pills on the rapper.

Wondering what comes next for the artist?

VH1 said Wednesday that the network will film,  "T.I.'s Journey Home from Jail" and debut the show in December. MTV aired a similar reality show on the rapper in 2009 called "T.I.'s Road to Redemption: 45 Days to Go," which chronicled his attempts to help others avoid his mistakes.

T.I. has also finalized a book deal. A representative from HarperCollins told The Associated Press that T.I. has written a book called "Power & Beauty" that's set to be released in October. The novel, which was co-written with David Ritz, is a fictional tale about two childhood friends torn apart by dangerous dealings on the streets of Atlanta.