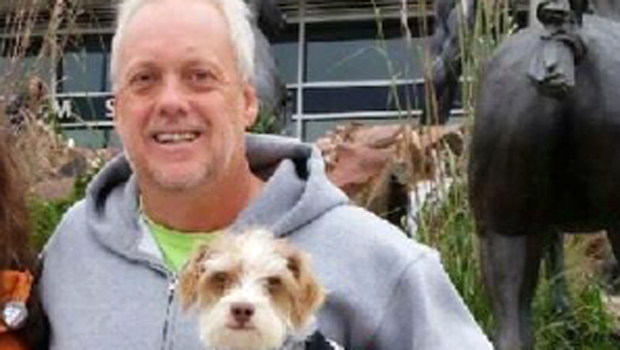 ALBUQUERQUE, N.M. -- An antiquities dealer who inspired tens of thousands to search the Rocky Mountains for $2 million in hidden treasure now leads an increasingly desperate mission to find one of his fans.

Forrest Fenn has been flying out in chartered helicopters or planes, searching remote stretches of the upper Rio Grande for any sign of Randy Bilyeu, now missing in the wild for more than three frigid weeks. Fellow treasure hunters also are searching for Bilyeu, who was last seen on Jan. 5 while trying to solve Fenn's mystery.

"Every time we go out and don't find Randy it's discouraging but we're not going to give up," Fenn told The Associated Press. "There are still places out there that I want to look."

Fenn, an eccentric 85-year-old from Santa Fe, has inspired a cult following since his announcement several years ago that he stashed a small bronze chest containing nearly $2 million in of gold, jewelry and artifacts somewhere in the Rockies. He dropped clues to its whereabouts in a cryptic poem in his self-published memoir, "The Thrill of the Chase."

The hidden treasure has inspired thousands to search in vain through remote corners of New Mexico, Yellowstone National Park and elsewhere in the mountains. Treasure hunters share their experiences on blogs and brainstorm about the clues. The mystery has been featured on national networks, igniting even more interest.

Fenn gets about 120 emails a day from people looking for his 40-pound box, and believes 65,000 people have searched for the stash, some using family vacations to venture into the woods.

"The hope of finding the treasure is one thing, of course, but there's a sense of adventure when you get out in the mountains and in the sunshine and the fresh air," Finn explained. "One of my motives was to get the kids off the couch and away from the game machine."

But the search can be risky: Some have forded swollen creeks in Yellowstone and were rescued by rangers. A Texas woman spent a worrisome night in the New Mexico woods after being caught in the dark. Others have been cited for digging on public land, and federal managers have warned treasure hunters not to damage archaeological or biological resources.

No "Fenner" has been in a more dangerous a predicament than Bilyeu, a 54-year-old grandfather who moved to Colorado two years ago to follow this dream.

Family and friends say he bought a raft and set out on Jan. 5 after scouting for two weeks along the river west of Santa Fe. He had a GPS device, a wetsuit and waders, and brought along his little white dog, Leo.

More than a week passed before a worried friend reached out to his ex-wife in Florida, Linda Bilyeu, who filed a missing person's report on Jan. 14. His raft and dog were found the next day.

Bilyeu left maps with markings in his car that fellow treasure hunters are using to narrow their search. He also left a sandwich, suggesting that he hadn't planned to be gone long.

The New Mexico Search and Rescue team and state police scanned canyons and mesas along the river by air and on foot, even bringing in dogs to sniff for clues, but suspended their efforts after several days.

"Unfortunately, we just don't have anything to go on right now," State Police spokeswoman Sgt. Elizabeth Armijo said. "If someone were to find clothing or footprints or just something that might be indicative of the hiker, then we would have an area to go to. But we just have not found that yet."

The treasure hunters - led by Fenn - have not given up.

"We know that Randy studied this area very well. He even noted that certain areas were dangerous when the weather was bad and he had done quite a bit of research," said Sacha Johnston, a treasure hunter helping to coordinate searches. "He wasn't just randomly kayaking down the Rio Grande one day. He knew where he was going. He had a plan."

Fenn never meant for his treasure hunt to be easy: His poem points searchers to somewhere beyond "where warm waters halt ... in the canyon down ... too far to walk ... below the home of Brown."

Getting out would be dicey as well, he wrote: "... from there it's no place for the meek/The end is ever drawing nigh/There'll be no paddle up your creek/Just heavy loads and water high."

This was all supposed to be fun, of course. Now the search for Bilyeu is taking an emotional and physical toll on Fenn, who spends his days organizing, hiring aircraft, and worrying.

His fans stand ready to admonish anyone who dares blame Fenn for Bilyeu's disappearance, saying they're all responsible adults.

Fenn, for his part, has issued plenty of warnings, along with more clues. Among them: He says there's no point to searching in winter, when snow would hide the treasure. He also said "the treasure is hidden higher than 5,000 feet above sea level," but it isn't buried, nor in a graveyard, "nor associated with any structure."

And he has no plans to reveal its location.

"There have been too many people looking," Fenn said. "It would not be fair to them if we shut the thing down."

In these excerpts from Fenn's memoir, he told treasure hunters where to start looking:

"... Begin it where warm waters halt

And take it in the canyon down,

Not far, but too far to walk.

Put in below the home of Brown.

From there it's no place for the meek,

The end is ever drawing nigh;

There'll be no paddle up your creek,

If you've been wise and found the blaze,

Look quickly down, your quest to cease,

But tarry scant with marvel gaze,

Just take the chest and go in peace ..."